“Amarok V6”, the latest Volkswagen pickup truck was presented on Tuesday, 1st of November in Riga. The car has many innovations that will surely attract attention to pickup fans.

VW “Amarok” is manufactured for adventurers – people who enjoy outdoor activities. The presentation was according to the forest theme – after a splendid show by forest spirits, the cover slid off and the new VW “Amarok” was revealed to the public.

“Engine, comfort and safety,” that’s how the second generation VW “Amarok” was described by Māris Zoltners, manager of Volkswagen commercial vehicles in Latvia. The biggest news is the V6 engine. Although the engine is borrowed from other VW Group vehicles, Volkswagen engineers have done a wonderful job of improving it.

“Amarok Aventura”, the most powerful model is equipped with a V6 engine that generates 224 HP and a very impressive torque – 550 Nm. “It’s an engine performance that none of our rivals in pickup class can equal,” says Māris Zoltners.

The insufficient power was the weakest point of the previous model. The new “Amarok” also has a special boost system that turns on when acceleration is needed the most. In these moments engine gets an additional power of 15 HP and 30 Nm.

Customers can choose between 6 gear manual or 8 gear automatic transmissions. Automatic gearbox comes with paddles so the driver can take over and choose the correct gear in specific situations.

Oddly for pickup trucks, the “Amarok” has “ergoComfort” seats that can be adjusted in 14 directions and have been confirmed as very ergonomic for driver and passenger backs.

With the new V6 engine “Amarok” has dealt with it’s biggest flaw and now is the pickup to buy. Market rivals will have to work hard to offer competitive alternatives. 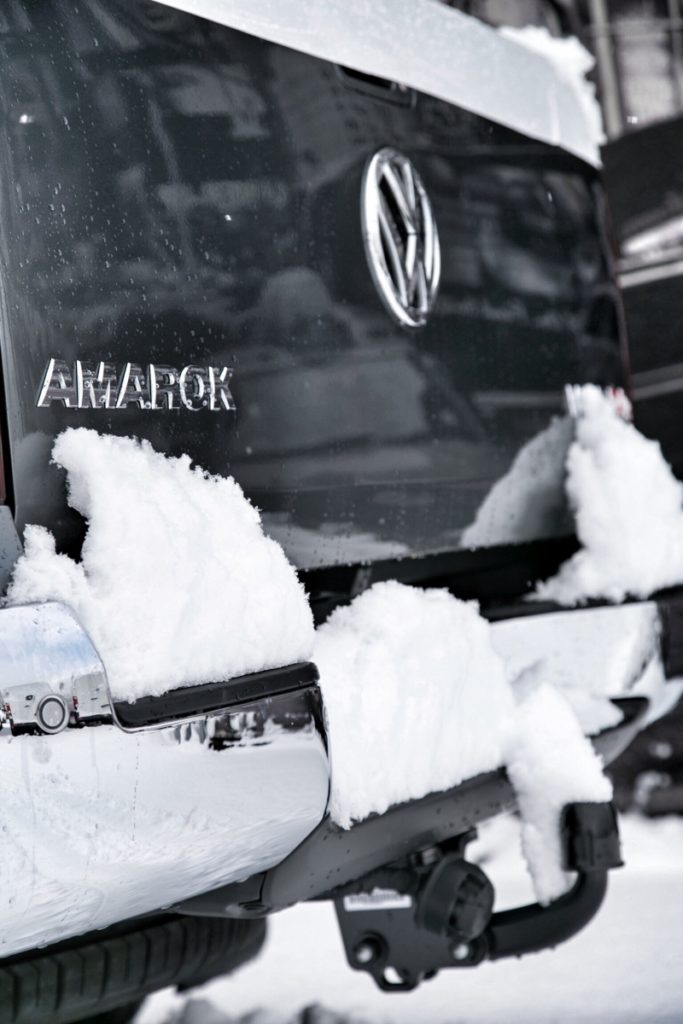