This time, the Datsun 280ZX from Japan. The nation’s sports car of the 70’s-80’s has entered the Historic Car Carriage Collection of “Kurbads” Ltd. Distinctive, timeless design, an in-line six-cylinder engine, classic drivetrain and an acknowledged durability have made the Datsun 280ZX a popular young-timer, with a good chance of becoming a true classic – if it has not already happened.

This car belongs to the second generation of the S130 model, of seven so-called Nissan Z models – if you include the latest Z edition. The Z saga began in the 1960’s. While Japanese motorcycle manufacturers were transforming the motorcycling industry with inexpensive and durable rides, Datsun decided to do the same in the sports car market. The first Datsun 240Z, known in the Japanese market as the Nissan Fairlady Z, came out in 1969. The Datsun became Nissans export label, as the Nissan brand was not, yet, fully recognised in the USA, which had become the Z’s main market. 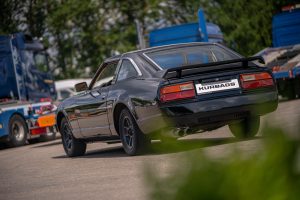 A motor for the supercar

The development of the original Datsun 240Z, was highlighted by an indirect link to another rare and expensive Japanese sports car of the time, the Toyota 2000GT. To save costs, the Nissan sports car project was in the early stage created in collaboration with the motorcycle manufacturer Yamaha. Over time, Nissan became convinced that the 2-litre DOHC engine developed by Yamaha was too weak and abandoned the project. Yamaha completed the prototype alone and offered it to the world’s most conservative car manufacturer. Due to a coincidence of circumstances, the Toyota management agreed to build the halo car, and the 2000GT became the world’s first Japanese supercar and later a collector’s jewel. 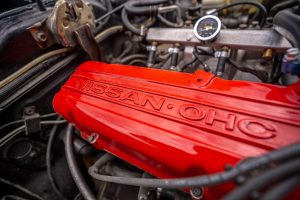 Let us get back to our Z car. The first generation Datsun Z had done its job – it had attracted attention, it had earned a reputation as a reliable sports car that was accessible to the masses. The Datsun 240Z and 260Z were relatively inexpensive, even the 280Z of the mid-1970’s (initially sold only in America) with its 2.8-litre 170bhp engine was far more affordable in the US, even compared to some European and domestic vehicles. The Z models extensive dealer network boosted the popularity of Nissan, compared to a limited number of Jaguar, BMW, also Porsche and Alfa Romeo import cars, which could only be maintained and repaired by a handful of niche specialist workshops. Nissan management’s original objective of using as many standardised parts as possible did also pay off. However, Nissan saw that its competition and consumer fashion were changing. In the mid to late 70’s, buyers became increasingly demanding in terms of comfort and equipment. The modesty and technological purity of the 60’s vehicles interested young customers less, than, for example, the latest model cars with included radios. 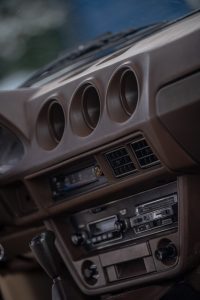 The shift in public interest had a devastating effect on the design of the Z car. The new 280ZX kept only the engine and five-speed gearbox from the original 280Z. By replacing the unique rear suspension with a much simpler one, taken from the luxury sedan Datsun 810, the car resulted with a significantly softer coupe and understeer. Nissan created other improvements, by including a more modern steering gear, which was in the beginning fitted only to the top turbocharged model, later introduced on all versions in the early 1980s. The car benefited with seats that are more comfortable, denser sound insulation, a high-quality stereo and bumpers integrated into the bodywork. Visually the first generation distinguishes from the second with a simple feature: from 1978, the Datsun Z no longer had a radiator grille, only an air gap just above the front bumper. If you place the two generations side by side, the second appears taller. Its rear end, reshaped by the engineers, was to accommodate the 80-litre fuel tank. The 280ZX was the first Datsun model, alongside trucks of the same brand, to carry the tiny “by Nissan” badge in the US, marking the gradual decline of the Datsun brand. In America, the model became incredibly popular. Motor Trend magazine even named it the best import car of 1979. 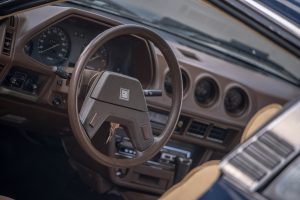 The 1981 Datsun 280ZX transported by “Kurbads” Ltd. has changed owners several times; this model was originally imported from the Netherlands. The supposedly restored car was in a poor condition at the time, with rust holes in the floor and arches, badly damaged interior and loose machinery. In the hands of RetroFuture, the Datsun got re-welded and repainted, and the interior has been fully re-sewn. The engine received a new exhaust system and a proper tune-up. This 280ZX comes from an era when the 2.8-litre engine’s power was again slightly up-boosted to 145hp.  The car also features the so-called I-top, a peculiar Targa top type roof structure with removable sections, which appeared in 1980 and annoyed fans of the original Z, but amplified the model’s popularity in America. 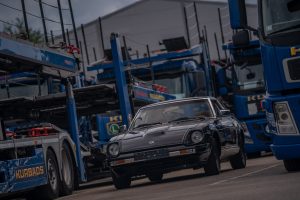 The first generation Datsun Z is a relatively affordable and an easy to maintain car, produced in huge numbers at the time. A running vehicle in Europe costs between €15,000 and €25,000, depending on the trim and condition, models that need restauration and export cars from the USA are considerably cheaper. 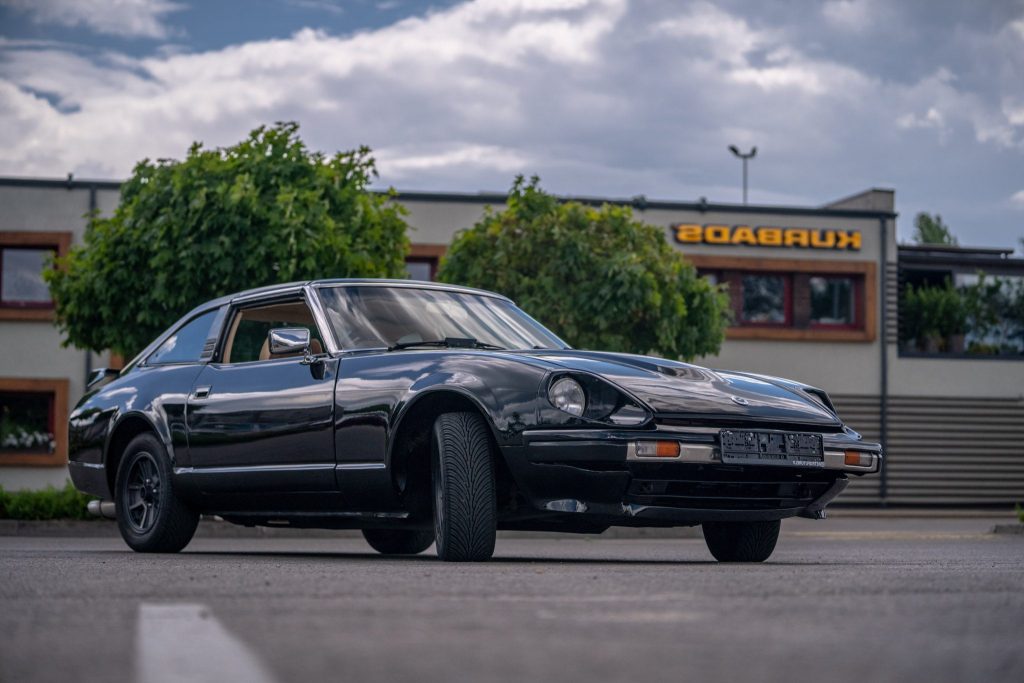