Despite that overall first registration numbers for passenger cars decreased in 2019, markets in Europe, the Baltic States and Latvia grew steadily when comparing to last year. Lets see various 2019 statistics from around the globe.

Growth in the Baltic States

Volkswagen is still leading the race as the most popular make with 3041 sold cars. Despite that VW enjoyed a 12% growth, they are closely followed by their ancient rivals in Latvia, Toyota sold 19% more cars in 2019, reaching 2941 units, only 100 short from VW. Third place is retained by Škoda (1787 cars).

Toms Hartmanis, “Kurbads” head of logistics describes “2019 as the best year in the decade when we are looking at the statistics, but there is caution among potential vehicle buyers. The next big push could be given by electric vehicles, if their prices will become more customer friendly and the needed infrastructure will be improved.”

As proven previously, more cars are sold during the warm season, May was the most successful month with 1768 cars sold. When looking at percentage, the biggest growth was experienced in December. It can be explained with uncertainty about the new WLTP CO2 emissions and fuel consumption measurements.

When looking at our neighbors, Latvia is still way behind. Estonia had 26589 new car registrations, enjoying a steady growth of 4,7%. A huge leap in the statistics is in Lithuania – 43%, from 32441 units to 46461. The numbers can be explained with very good requirements for the first car registration that promotes process in which a big part of those registered cars head back to the Western Europe.

The auto industry is very crucial for the economics of European Union, as 3,8 million Europeans work in the auto industry (directly and indirectly), accounting for 6.1% of all EU jobs. 11.4% of EU manufacturing jobs – some 3.5 million – are in the automotive sector. Motor vehicles account for €428 billion in taxes in the EU15 countries alone. The automobile industry generates a trade surplus of €84.4 billion for the EU.

For the sixth year in a row the European Union car market experienced a growth, upping sales by 1,2% and reaching 15,3 million sold passenger cars. But for the second year in a row there was a decrease in EFTA countries. This reduction in EFTA in 2018 was the main reason why European market had a decrease that year. In 2019, the EU market had bigger sales, meaning the whole Europe enjoyed growth.

The year started on weak footing due to the lasting impact of the introduction of the WLTP test in September 2018. Yet, the final quarter of 2019, and December in particular, pushed the full‐year performance of the EU market into positive territory. Looking at the five major EU markets, Germany (+5,0%) recorded the largest increase last year, followed by France (+1,9%) and Italy (+0,3%). By contrast, both Spain (‐4,8%) and the United Kingdom (‐2,4%) saw demand fall in 2019.

VW Group is still a dominating force in Europe, controlling 24,5% of the market. 11,2%(1,77 cars) goes to the VW brand, that is also the leader among car makes. All VW Group brands had a positive year, stabilizing their positions even more. Brand top’s leaders are chased by French flagships Renault(6,7% market share and 1,06 million sold cars) and Peugeot (6,1% market share and 964 thousand sold cars).  Toyota, a car that is very popular in Latvia and Baltic’s are not doing so great in Europe – 4,7% market share.

World is struggling comparing to Europe

Global 2019 statistics are much worse in several worldwide markets that fell by 4% last year. China by far still is the largest car market in the World, but experienced 10% fall in their sales in 2019. The USA market fell by 1,4%, numbers decreased also in Russia, Japan and India, while Brazil(+8%) and Europe(+1,2%) were the only regions that had better sales.

Recurrent decrease in China and weaker results also in other regions accounted only for 65,5 millions of new passenger cars worldwide, 2,6 million less than in 2018, the lowest number since 2015.

Still the most popular model around the globe is Toyota Corolla – more than 1,2 million Corollas were sold. Followed by the Ford F-Series pickup that is hugely popular in USA and another Toyota – RAV4 model.

2019 was a great year for European luxury car brands VW, Audi, BMW, Mercedes-Benz and Porsche, they all increased their sales significantly. 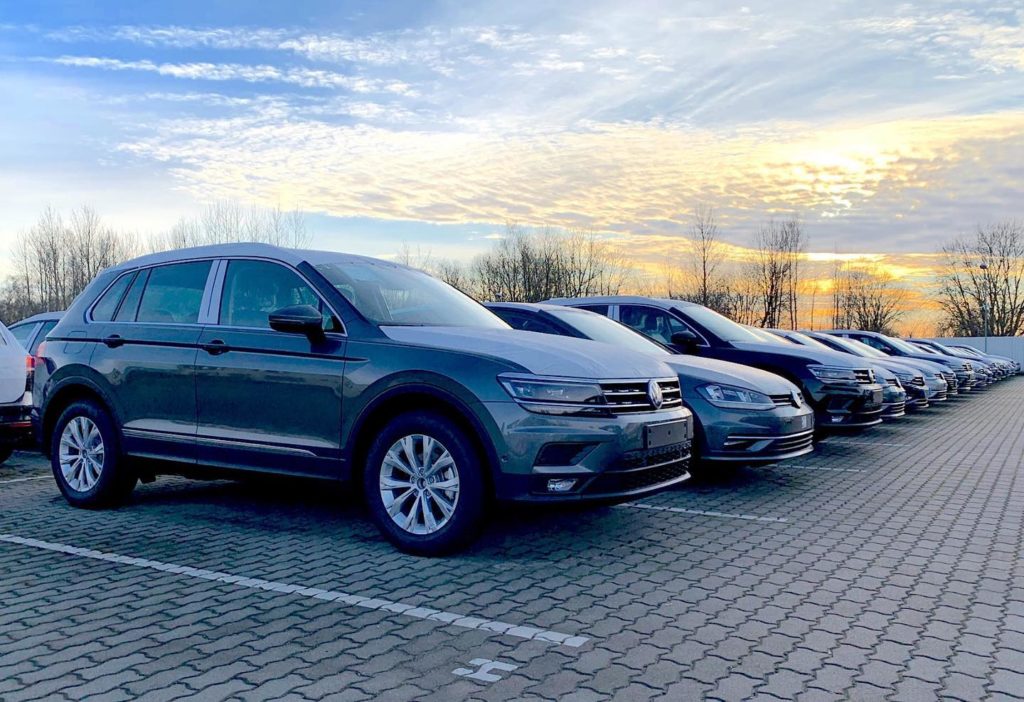