2022 started with the initiation of the 108th Kurbads carrier

Representing various heroes and legends on the cabs has already become an important tradition of the company. This time we came up with the idea of ​​reproducing the image of a Latvian woman.

108th truck is decorated with a significant image – Latvia, the Freedom Monument. This symbolic image has been an unambiguous and enduring symbol in the history of Latvia, so it was important for us to depict this part of the monument on the truck’s cab.

The truck with a large cab is more comfortable for the driver, as it has a larger cabin space, which ensures the well-being of the driver on long journeys. Kurbads values ​​the provision of quality for the customer and comfort for the driver.

The reins of the new truck have been handed over to Guntars Beitāns, who has been with Kurbads for more than 10 years. It should be mentioned that Guntars is one of the few drivers in our company who has reached the so-called “million club”, measuring 1,000,000 kilometers on the vast European highways without the need to overhaul the engine. Guntars did it with the “anniversary” truck no. 50.

As Toms Hartmanis, logistics manager of Kurbads, admits – “The best deserve the best! Guntars has proven himself several times and also continues to emphasize his qualities in his daily work. It should be mentioned that this truck is the second in our fleet, which has a side-sliding platform on the second level, which makes placing the cars much easier and at the same time provides additional safety. Guntars deserves it! And this is already Guntars’ second new carrier, where he get’s to be the one who sits first behind the wheel.”

After a long break, we were able to invite colleagues and guests to the 108th carrier initiation event. We are glad that the representative of Mercedes-Benz Jānis Dambītis and the author of the visual design and the creator of the visual identity of Kurbads, artist Alfreds Paulauskas, took part in the event, expressing satisfaction with the final result of the extensive work.

More about the idea, development process and goals in the video. 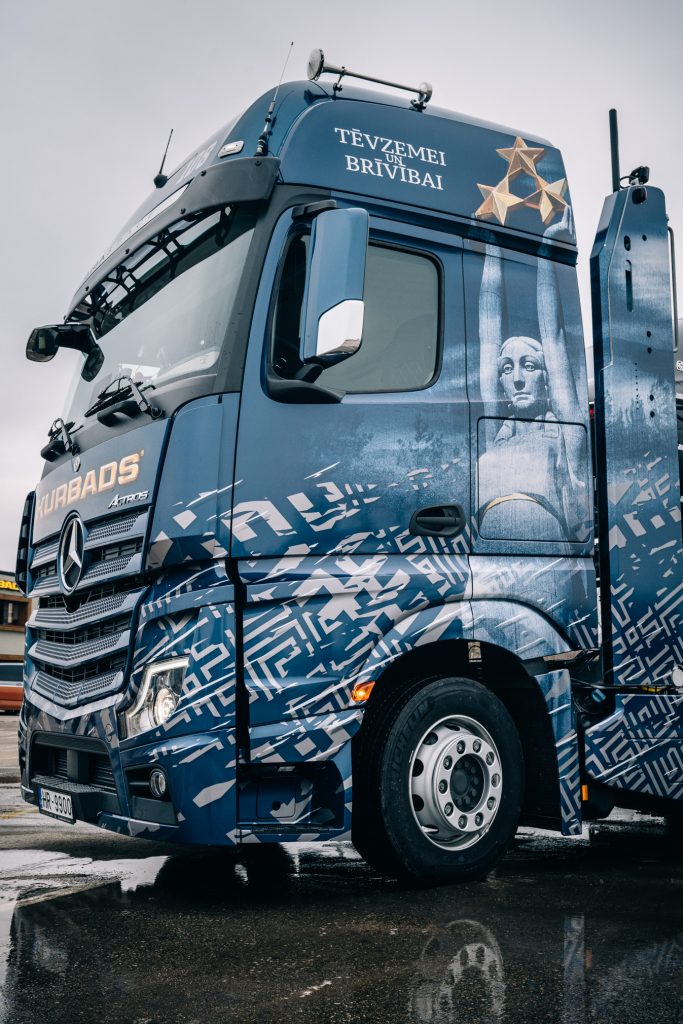