The car carrier fleet of vehicle transport and logistics company “Kurbads” has been supplemented by one more unit – #91, branded with Saules(Sun) sign. The author of the design is Latvian artist Alfreds Paulausks.

“Saules sign is usually associated with mother, especially in folk songs, but it’s just one part of sun’s symbolical meaning. The sun is always on the move, in folk tales it’s said that sun has two horses,” the meaning of Saules sign is explained by Inese Krūmiņa. She led initiation ritual of the new car carrier. “I think that this is a very lucky combination – the “Kurbads” truck and the Saules’ sign.  I had a very positive feeling during the ritual!” As sun rolls in the sky, “Kurbads” car carrier rolls on the highways of Europe.

During the ritual, men of the establishment performed the traditional bear dance, where special energy came from Martins Dukurs, king of the skeleton. He is a long time “Kurbads” client. In the meantime, ladies tied red knots to form a cross that is a very strong sign of defense in Latvian mythology.

The car carrier #91, branded with Saules sign, is entrusted to Māris Purvēns. Anatolijs Vasiļjevs, driver’s quality inspector in “Kurbads”, has a lot of good things to say about driver: “Māris is the oldest one from Purvēni brothers. Not so long after Māris came to work here, his brother joined, so we made a crew. Māris very rapidly adapted to the specifics of a car carrier work. Also, very important that he has his own initiative and is eager to improve his skills. Now, he can easily solve different problems on his own. A true fighter! Hopefully, he continues like this!”

“Kurbads” car carrier Mercedes-Benz “Actros 1843” with Metago Pro car carrier equipment is modified to effective car loading and prolonged exploitation. Ivars Čiblis, head mechanic of “Kurbads”, tells more: “This truck has an option to lower front side of the cargo platform, that means we can fit bigger vehicle on the first place on the first floor. Also hidraulic levers now are in two different sections of the trailer, providing better vision for the driver when loading or unloading cars. Many parts of the truck are now galvanized which means they will be less affected by corrosion and will be harder to get visual damage. Truck will have longer exploitation period.” 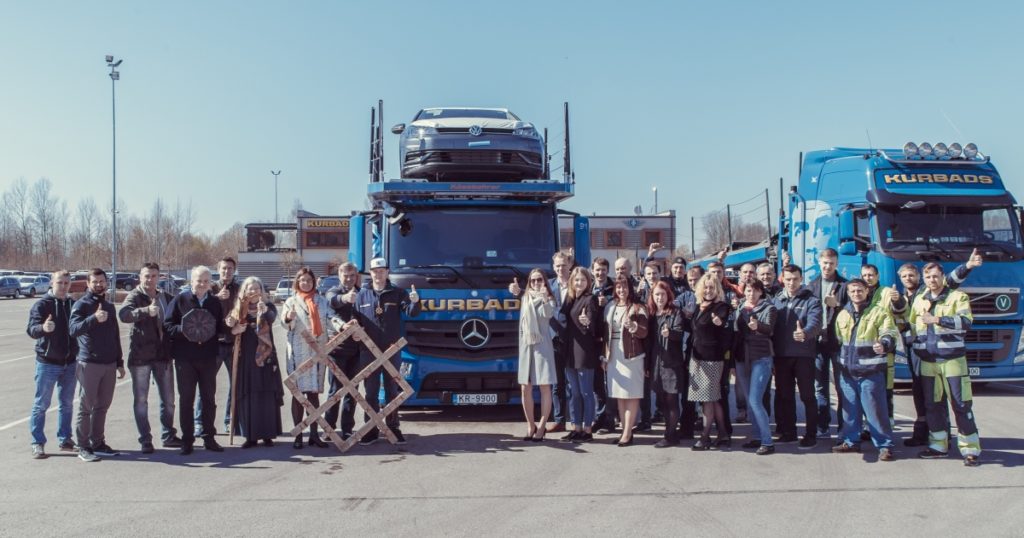