A rocket ship on four wheels – the Bugatti Veyron

The Bugatti “Veyron” is the fastest production car that can reach unbelievable maximum speed. Recently, it visited “Kurbads” logistics center on it’s way to client’s destination.

The Bugatti “Veyron” is recognised by Guinness World Records as the fastest street-legal car in the world. 431 km/h is the speed record currently held by “Veyron Super Sport” model. To set a speed record you have to make 2 runs in opposite directions to average out wind effects. The car has a special “Top-speed” mode that primes the car for minimum aerodynamic drag.

To help reduce weight, carbon fiber and aluminum have been extensively utilized for the car’s bodywork and structure, though the “Veyron” still weighs 1888 kg. Assigned to the task of getting that mass up to speed is a quad-turbo, 8.0-liter W16 engine mounted amidships. In simplified terms, the engine’s W layout could be described as being two Volkswagen narrow-angle V8s joined together. The official power output is 1001 HP, although Bugatti’s Jens Schulenburg says: “They all make more than 1010”. In terms of dimensions the “Veyron” is actually a little bit shorter in length than a Porsche “911”.

A set of the “Veyron’s” special Michelin tires costs 40000 EUR and may last 10,000 miles if you’re careful, though they last only 15 minutes at the car’s top speed. But you needn’t to worry about that as the fuel tank would be completely dry after just 10 minutes.

The rocket ship on land is named in honor of a French racecar driver who won the 1939 24 Hours of Le Mans in a Bugatti.

During 10 years of production, only 450 cars were produced in Molsheim factory in France. At that time the average price of the car was around 1,5 million USD.  Within the 366-page hardcover owner’s manual, there are 190 boxed messages headlined “WARNING!” 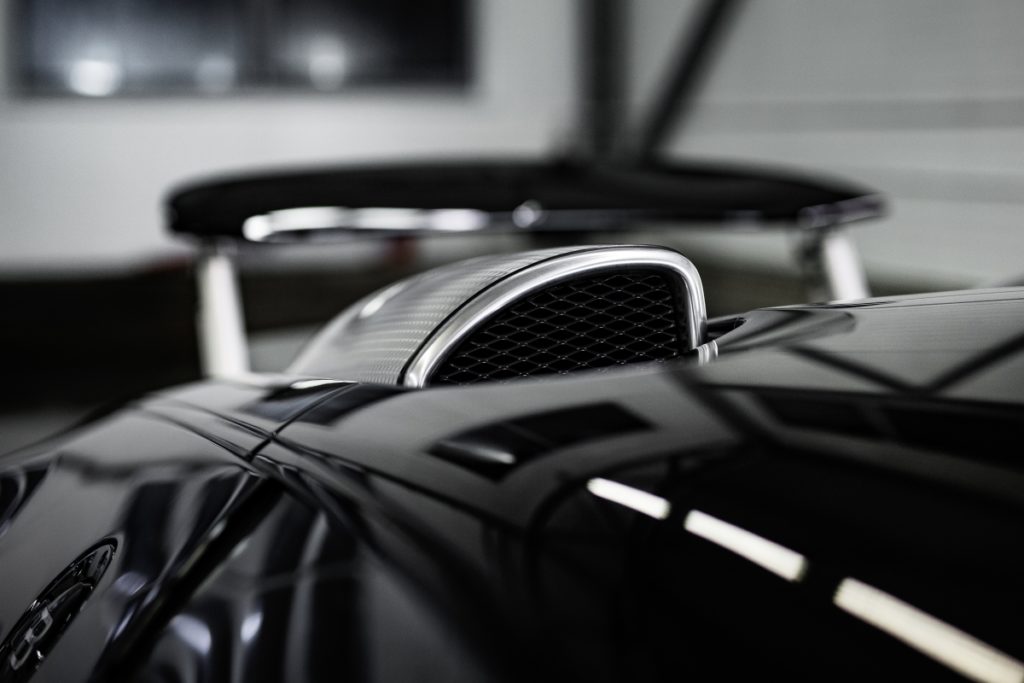