The only top level moto freestyle star from the Baltic states, Mārtiņš Aleksandrovičs, performed a combination of extreme stunts – a 20 m long and 14 m high jump over a fully loaded vehicle carrier.

The jump over a fully loaded vehicle carrier has never before been performed, especially with a back flip.

The most difficult part of the stunt was the inability to see the landing behind the vehicle carrier. The vehicle carrier was loaded with new BMW X5 and X6 cars which were provided for the stunt by ”Inchcape Latvia”. The jump had to be rehearsed to perfection and the wind had to be taken into account. The experienced stuntman knew his task well and everything was done perfectly.

”Obviously, I was nervous, as I am before every show or competition. This time it was slightly different. I am very pleased for being able to perform everything as planned for ‘Kurbads’ birthday,’’ Mārtiņš Aleksandrovičs commented with a dry mouth after the performance.

The unique performance was a part of the celebration for transport and logistics company’s Kurbads 20th anniversary.

Mārtiņš Aleksandrovičs is Latvian OPEN vice champion. He is the only current professional moto freestyle rider from the Baltic states and the first to perform an FMX backflip. He attends competitions in different parts of the world regularly. 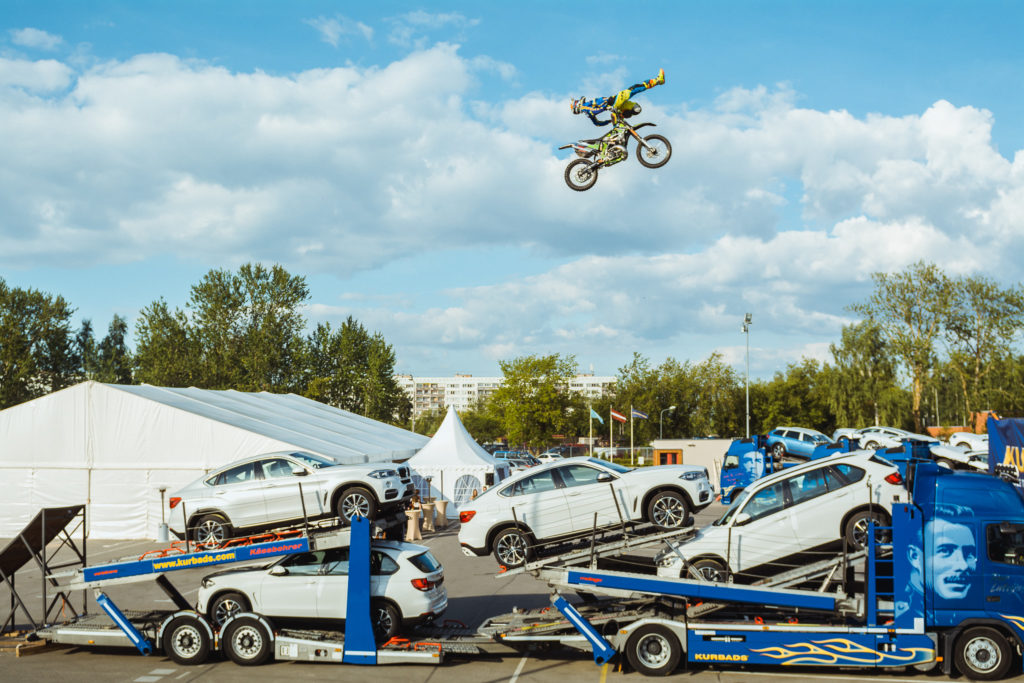