Ford “Mustang’s” naturally aspirated V8 engine is an essential part of American muscle car. The deafening roar of the engine, huge power and simplicity in the chassis are the elements of the conception of the American supercars in last 50 years.

An enduring question about Ford “Mustang” is the origin of its name. The official version says that John Najjar, designer of the make one Ford “Mustang” suggested the name to the executives as he at that time was reading about military fighter plane “P-51 Mustang”. But his idea was rejected as Ford did not want to associate the new car with airplanes. After some time he once again suggested this name but this time with a horse association.  And Ford agreed.

Other names initially considered for the “Mustang” include the “Cougar”, “Thunderbird II”, “T-Bird II”, “Torino”, “Turino”, and “T-5”.

There are rumours that an American football game that was visited by Ford Vice President Lee Lacocca had an impact on choosing the car’s name. Although “Mustangs” team lost the game Mr Lacocca, inspired by the spirit of the team, entered the team’s locker room and said: “Our new car will be named “Mustang” – it will be light, quick and sporty just like your team!”.

Whatever the inspiration for the name was, we all know that Ford “Mustang” unites best traits of fighter plane and breed horse. 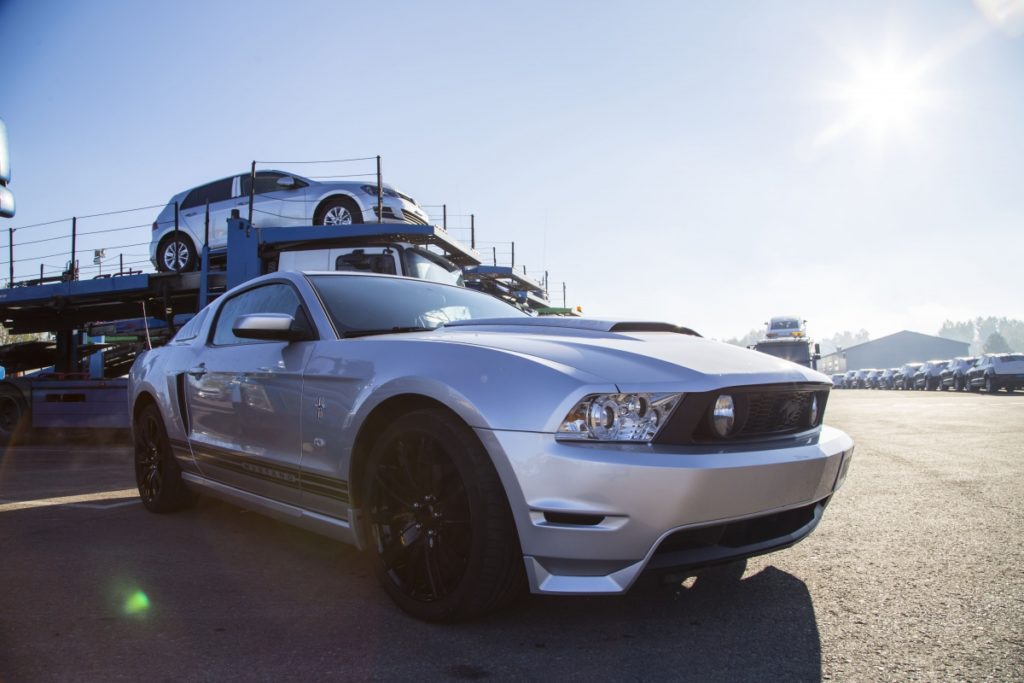