The new sixth generation Audi “A8” was revealed to the general public at Frankfurt auto show 2017. It’s design shows the direction future Audi models will adopt. But it’s not the car’s looks that is the uniqueness of this vehicle, it’s the latest technologies that enables this car to be just one small step away from a fully autonomous driving in the traffic.

All in all, the 2018 Audi “A8” have as many as 41 driver assistance functions. The main highlight is the autonomous driving technology.  A notable automated driving feature is the Audi AI traffic jam pilot. It takes charge of the car in slow moving traffic at up to 60 km/h on freeways with a physical barrier separating the two carriageways. The car takes care of starting, accelerating, steering and braking enabling the driver to take hands off the steering wheel completely.

Level 3 is where a car can take complete control but only in specific situations and still with a driver ready to take over after a short warning period. In the “A8”, the system can handle some parking situations as well as traffic jams on long sections of uninterrupted roads, meaning you don’t need to stress about traffic jam, and can use a phone or read a book while the system is active.

But to reach a dream – taking a nap behind the wheel – we still need to be patient for some time. Sleeping behind the wheel won’t be possible until more advanced Level 4 self-driving cars are realized. Level 4 cars will be able to handle specific situations on their own but may need a driver to take over in extreme circumstances, for example in poor weather or if insufficient map data is available. It is predicted that Level 4 cars will be available by early next decade, marking the end of an era where a human drives a machine, not the other way around. 5th level is where no driver is needed whatsoever.

The artificial intelligence is not only a great assistant for driving but also to a driver’s comfort as it can activate an array of functions using a natural form of voice control. The concierge can also come up with suggestions. For example, when using the navigation, the concierge can provide the driver with intelligent search suggestions, based on preferences or prior journeys.

The logical choice if we read all mentioned above would be that the car will have electric engine. But this is not the case.  Main power station will be a V6 petrol and diesel engines. Petrol turbo engine will produce 340 HP, 286 HP for diesel power. After a short while, customers will also be able to choose from V8 and W12 engines. The “A8” is equipped with a mild hybrid system that lets the car coast with no combustion engine at all for up to 40 seconds at a time. It also assists the motor when the car pulls away; Audi claims the system allows the car to travel around 4 km further on every gallon of fuel.

For such a huge leap in the future the potential buyers will have to pay only 90 000 EUR. 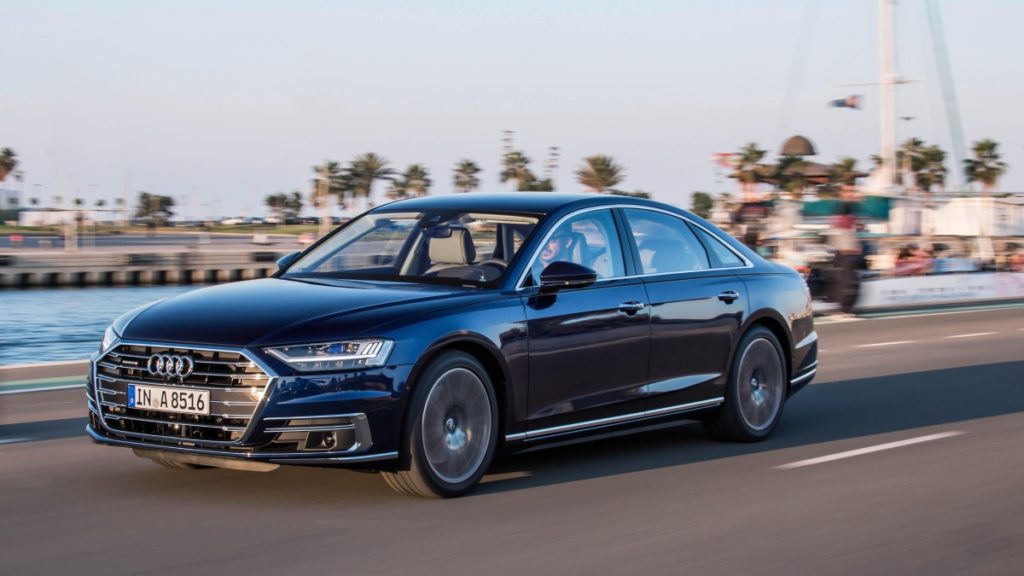