Colonel Briedi – Welcome to our regiment!

When the autumn leaves in the trees were just starting to turn yellow and red, the Kurbads collective initiated the new 112th car carrier on which is portrayed the officer and colonel of the Latvian riflemen – Frīdrihs Briedis. Although the 112th car carrier has been already carrying Colonel Briedis through European highways for quite some time now, we would like to tell you the colonel’s story on November 11 – Lāčplēsis Day. We form our philosophy in such a way that we honor Latvian heroes and mythological legends every day, but there are days when we are more aware of the victory’s price of Latvia’s freedom. Also in the initiation rituals that we perform when we send a new trucker on his first flight, is the time we meet our heroes, our roots and our common values ​​- freedom, respect, purpose and fighting spirit.

🌟 Folklorist Inese Krūmiņa – the leader of car carriers initiations, tells more about the initiation ritual: “Everything new is well forgotten old, because in ancient times no serious event was carried out without initiation. The Kurbads collective has also had its own characteristic rituals for a long time – consecrating new things. Even though they are more oriented towards men and men’s activities, the participation of ladies in them is not missing either. While the men share their power in the bear dance – the ladies, whose intention is to beautify the world and this life, actively participate in the decoration of the branched cross – the fire cross. In the bear dance, the men received energy from each other, which was transferred to the main bear himself and he adding this energy passes it on to the car carrier. May it go smoothlyand may it always be in the right place and time.”

🧷 In his real name Fricis Brēde or Frīdrihs Briedis, born on February 7, 1888 in Lovaža Parish, Polotsk County, Vitebsk Governorate. He also started school in his native – Lovaža. Returning to Daugavpils in 1906, he entered the St. Petersburg Vladimir military school. Because of his outstanding tactical abilities, he was appointed sergeant major in his senior year. He was wounded several times while participating in the battles of the 1st World War. He did not seek loud fame, he did not seek great political moves, but he did his strategically important work perfectly and he taught people to get behind him. Self-sacrifice, steadfast character, heroism in battles and ideological conviction – these are the features that characterized Frīdrihs Briedis. He had a spirit and an unyielding will. The colonel is widely known for his personal leadership of reconnaissance, as well as his strongly disapproving attitude towards the archers leading ideology of the time. His fighting spirit and steadfastness lived on for a long time in our archers and generations of generations.

“It’s worth remembering for everyone nowadays – “Colonel taught not to put your head over the motherland, but to win the battle”. And we cannot know how important it will be to each of us today…” – Inese Krūmiņa.

The author of the design is our inimitable artist, creator of the overall visual concepts and images – Alfreds Paulausks.

In honor of freedom fighters and defenders of the homeland, let’s light candles, remembering and commemorating our heroes on Lāčplēsis Day. ⚔️ 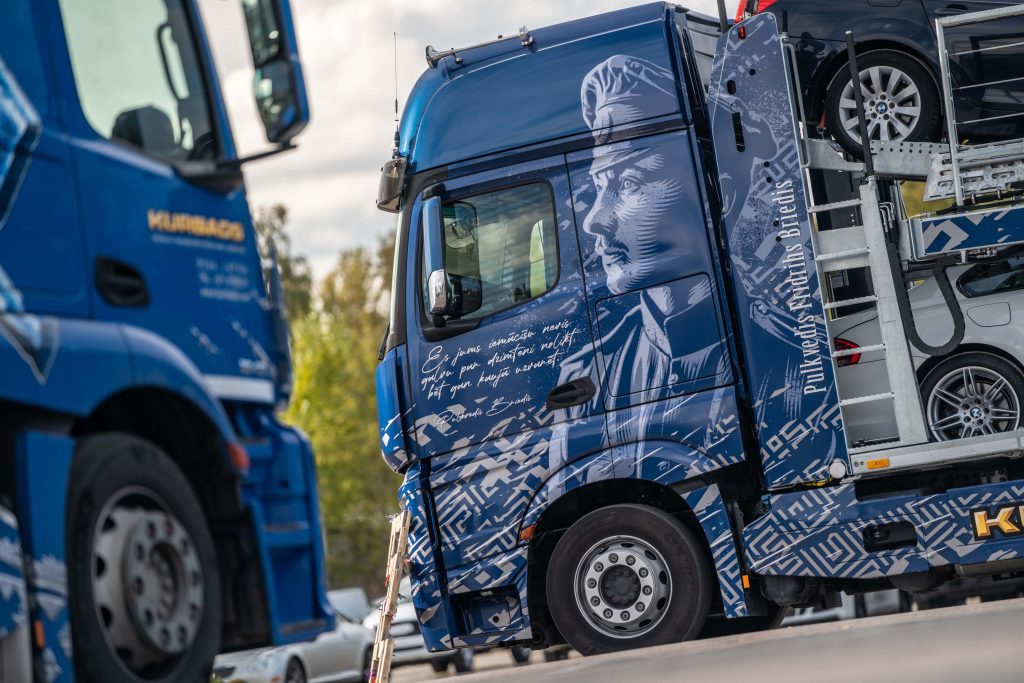