👏 Under the leadership of folklorist Inese Krūmiņa, the traditional inititations of the car carrier were held, this time with the participation of men from the folklore group “Vilkači”, chanting the launch of the new truck.

🦸‍♂️ As usual, the cabs of the new trucks are decorated with Latvian signs of strength and the big cabs depict legends, inspiring personalities, important fighters, whose values ​​and vision go hand in hand with the values ​​of Kurbads.

This Mercdes-Benz Actros is also equipped with a large cab, following European trends to provide greater comfort for long-distance drivers. The dimensions of the cab also allow us to express ourselves visually.

🏆 Gints has proven itself in working with exclusive and sports cars, which in most cases are much wider than other cars. Gints also stands out with his dedication, desire to constantly develop and get involved in the growth of Kurbads, so the new truck was handed to him.

⚡️It is significant that the side of the 77th truck depicts the Latvian hero – Colonel Oskars Kalpaks, with whom Gints had already driven hundreds of thousands of kilometers. And it is Oskars Kalpaks who is the first to be used again on a new truck – the 111th.

🚍 Kurbads offers jobs for both inexperienced drivers (CE category and code 95 is a must) and drivers who have driven other types of trucks and want to develop their skills. Accompanied by professional instructors, we will train you to work on a car-carrier. 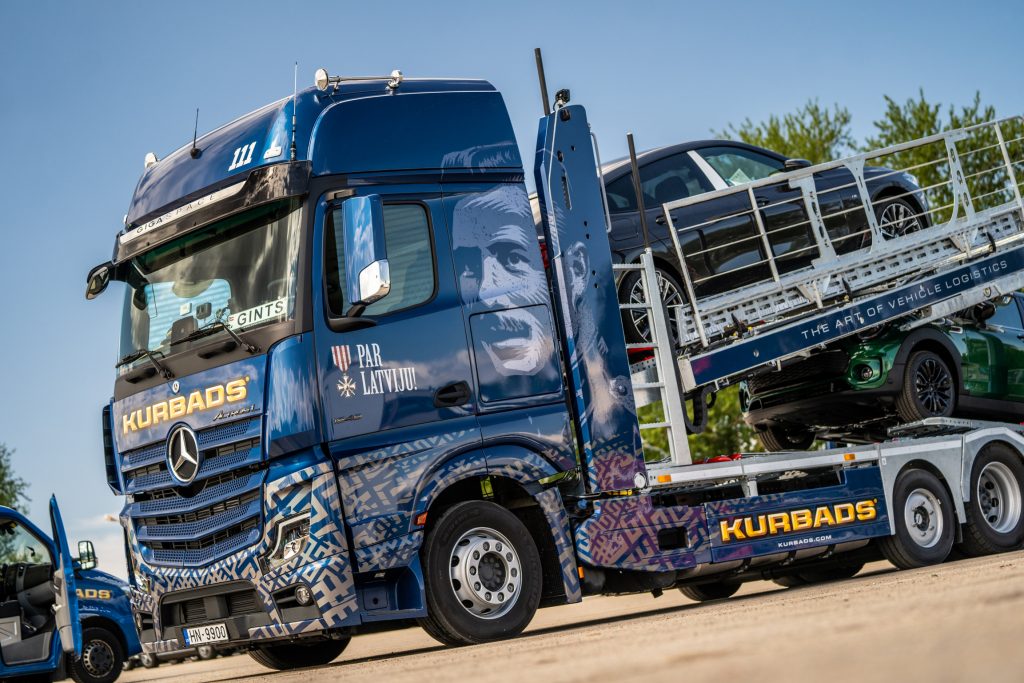