Racing up to the cloud line took place for 92nd time and traditionally gathered very various competitors and vehicles. Winner in sunny conditions was frenchman Romain Dumas (9:05:801), who is known as Porsche factory driver in Le Mans endurance race. Only few seconds behind was Mitsubishi factory’s built electric cars piloted by Greg Tracy (9:08:188) and Hiroshi Masuoka (9:12:204).

Latvians entered the competition with Tesla Roadster, which was powered by experimental electric drive system. Main goal of the race was to test thoso electric components in different racing conditions so the gathered information could be used in building of the next project.

Construction of the new eO PP03 has already begun. It will be third car built by Andris Dambis for Pikes Peak race. eO PP03 will feature already tested aggregates of electric drive system, including electric engines and eO controllers built in Great Britain. To achieve absolutely best time in competition, PP03 engines short-term power will be 1 megawatt – cars performance continuosly will be on the edge between grip and wheel spin. „We are building a race car, which will be two times more poweful and have one quarter less weight than winners of this year’s competition,” possible advantages are outlined by Dambis. First eO PP03 tests are scheduled in early spring, 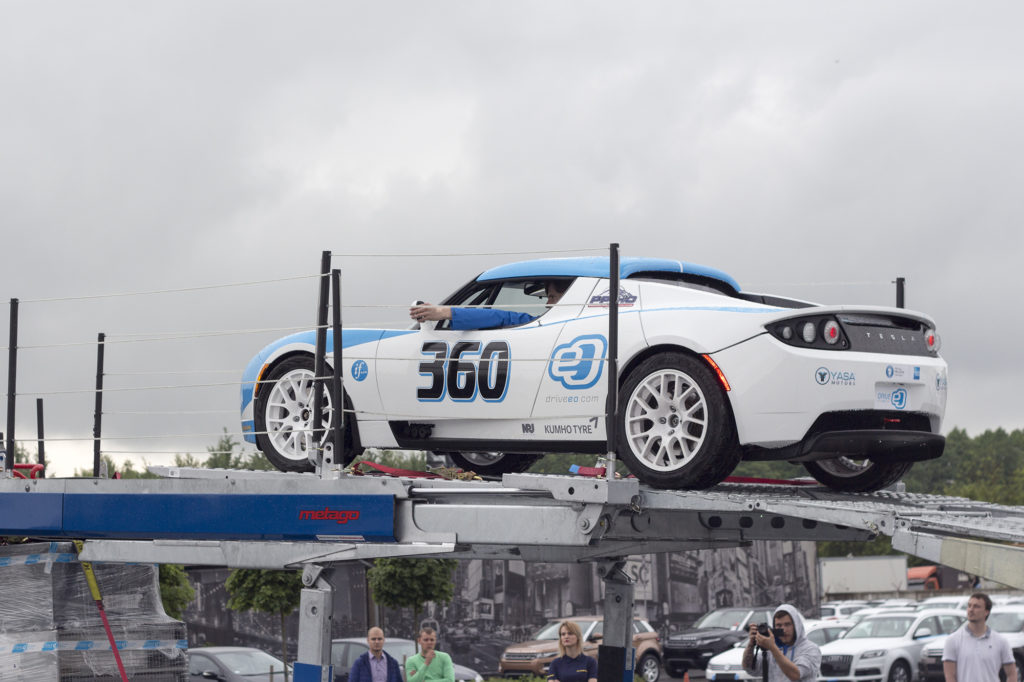