Father and son Dambis team was contesting in electric modified class with 4 other competitors. Jānis Horeliks 20 km long race distance covered in 12:57:536 minutes achieving average speed of 89,4 km/h, finishing in fourth position. This result must be assessed as an achievement because for the first time team from Latvia has finished the race and now national flag is waving on top of the mountain. Kristaps Dambis, engineer of „Drive eO” tweeted it immediately.

„Drive eO” team’s aim from the beginning was not to achieve best results possible or set lap records. This year’s race was dedicated to get more experience and to test electric components in battle conditions, so the next year with more information Latvians could return to fight for race win with technologically perfect electric racing car.

Kurbads congratulates „Drive eO” with their great achievement and wishes luck and endurace for next year! 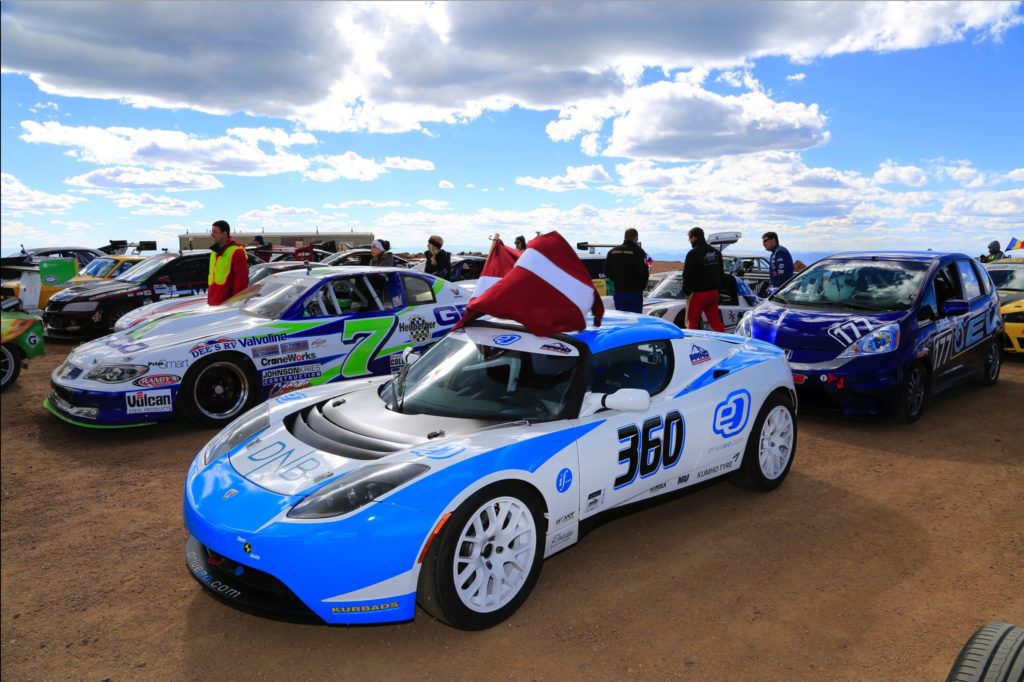