Traditionally on the first labor day after Easter vehicle transportation company’s Kurbads employees gather for the egg battles outside the office. Besides the usual nominations for the strongest and the best rolling egg, this year we also had award for the most beautiful egg.

It turned out that accountant Solveiga Rjastas had the strongest egg, she didn’t leave much hope for her opponents, leaving all wondering whether she in some way has made it stronger. Kristīne Rīmene, head of logistics division proved her skill in the egg rolling down the log, achieving the longest distance. While the most beautiful egg was decorated by accountant Ilona Ļoļāne-Laseviča.

The Spring has come! 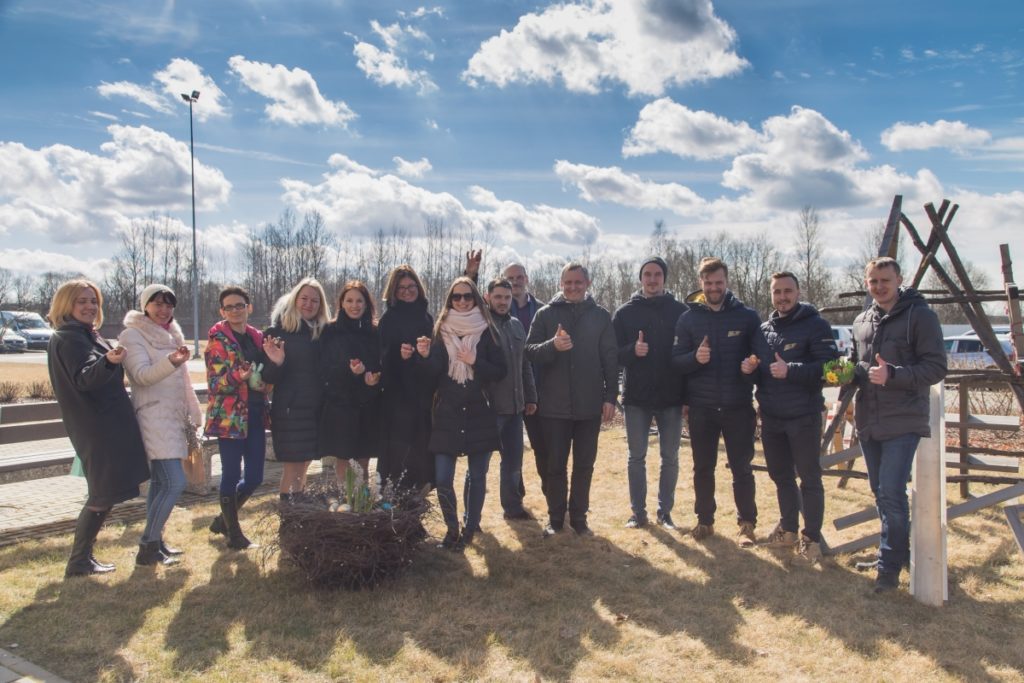