From office to ice rink

Several weeks ago, Uldis Čalpa was invited to the National team of Latvia for two exhibition games in Norway. Uldis acknowledged the given opportunity and was unstoppable in the net and became a strong contender for the spot in the National team for the World Ice hockey championships.

Participation in National teams training camp doesn’t relieve him from his work responsibility at automotive logistics company Kurbads, where Uldis is a warehouse manager. A responsible job that requires strong team behind you, just like in hockey. It’s quite a unique occurrence, when a candidate for the National team of Latvia combines practices and work responsibilities.

For several weeks Uldis spent half a day at hockey practices and the other half working right after. Even in match days, Uldis went to a warmup with the team, then back to work, where he sometimes found a moment to lie down and rest for a brief moment before the match.

Coherent team work ensured that the complicated and important mechanism of warehouse management never stopped. Big thanks for that to Rinalds Osis, Ilmārs Brasliņš and Roberts Paupe.

“Already in Play-Off time, I substituted Uldis for a while and it helped me prepare for those three weeks,” says Rinalds Osis. “When Uldis was invited to the National team’s camp, I knew what I will have to do. Non-stop phone calls, a sea of emails awaited me It’s great that we have quick-witted guys in the warehouse and PDI department. And the needs of our clients were always satisfied.”

Before National team training camp, Uldis was a key player that helped hockey club Kurbads defend it’s champions title. Uldis was named the MVP of the final series and also was named the best goalie of Latvian league. 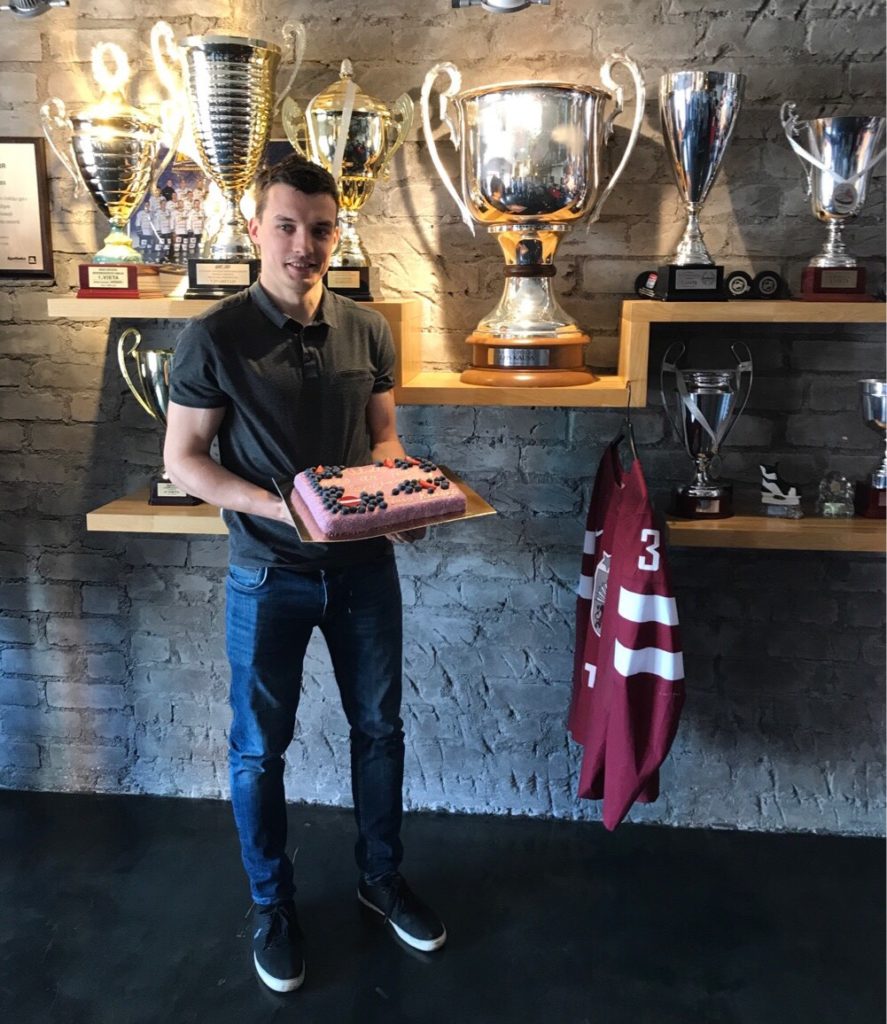