Even though you may think we’re dealing with Bugatti Chiron, we’re talking about BMW 5 Series. It was born out of M5 F90 and it was equipped with larger turbochargers, original control block software, a titanium exhaust system and some delicate aerodynamic improvements. G5M Hurricane RS challenges the world’s best supercars – and even manages to overpower some. Its maximum speed limit is set at 350 km/h, which is more than Ferrari’s 488 Pista, McLaren’s 720S and Lamborghini’s Huracán Performante.

Not so long ago G-POWER was a little-known term unlike AC-Schnitzer or Hamann, not to mention the blue-green uber BMW plant in Buhloe-Alpina. Yet the roots of G-POWER go as far back as the 70s. The company acquired its current name in 1983, but it started booming in the mid-90s, along with the change of ownership. 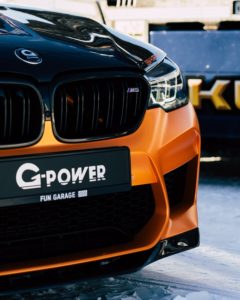 Since 2007, G-POWER has been located in Aichach, Bavaria. While the firm’s specialty is power-raising with various types of forced air supply in addition to the development of their own control blocks and software, in time G-POWER started focusing on producing aerodynamic kits. Experts and fans could not let slip by projects along the lines of X6M TYPHOON (750 hp) and the legendary Hurricane series that we already mentioned M5/M6 Hurricane RR (800 hp). You need both, guts and knowledge to add two compressors onto the BMW V10 engine, and to get it all to work in sync.

The car transported by Vehicle Transportation and Logistics Company “Kurbads” crowns the current series of Hurricane models, which includes endlessly seismic cars of the fastest 2 and 4 Series BMW. GM5 Hurricane RS is so special due to its extensive interpretation of maximum power. Various sources mention different numbers – 830 hp, 850 hp, however the final iteration of the all-wheel drive charge shows 900 horsepower and a maximum torque of 1,050 Nm from the 4.4 liter V8 engine. G-POWER are not too bothered with redesigning, preferring technical know-how, but the Hurricane RS is a special car even for them. For an additional cost, it can be fitted with a carbon-fiber motor cover whose form is determined by special air openings. Although the exhaust system is closed by 100 mm diameter nozzles and the exhaust gas recirculation elegantly “blasts”; in switching moments, the magic of G-POWER sets in, and it brings about a symphony of its typical malevolent turbo-charger exhalation. 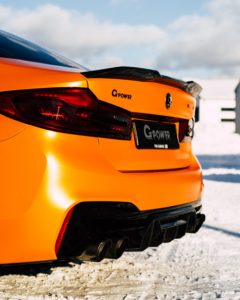 Powerful things are never cheap, and once the German specialized engineering gets involved, it becomes a whole new ballgame… A BMW M5 (or M5 Competition) “donor” needs to add €6,000 for turbochargers, €8,500 for the titanium exhaust system, and €9,500 for the 21″ wheels together with tires. Additionally, wrapping in metallic orange film could add another €3,800, while the racing style and weight bonnet could add another €5,000. Repainting G5M matte orange would probably cost twice as much. 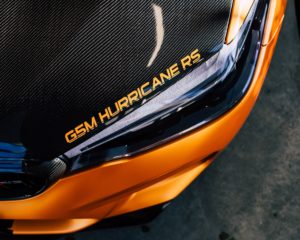 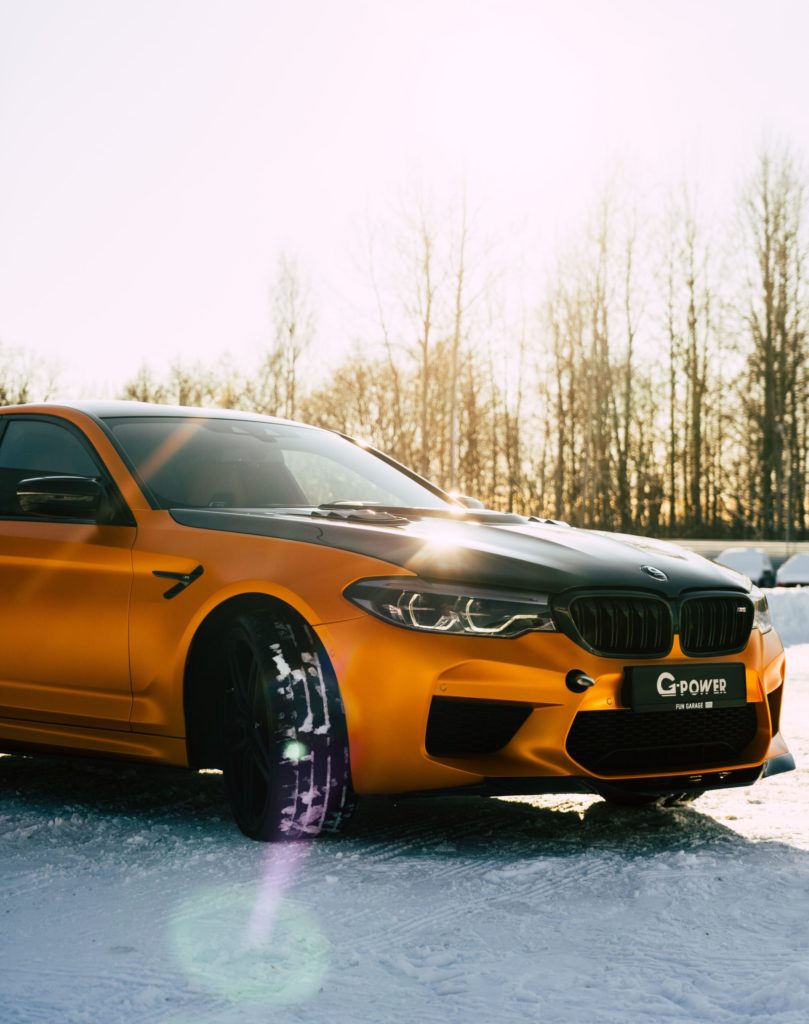 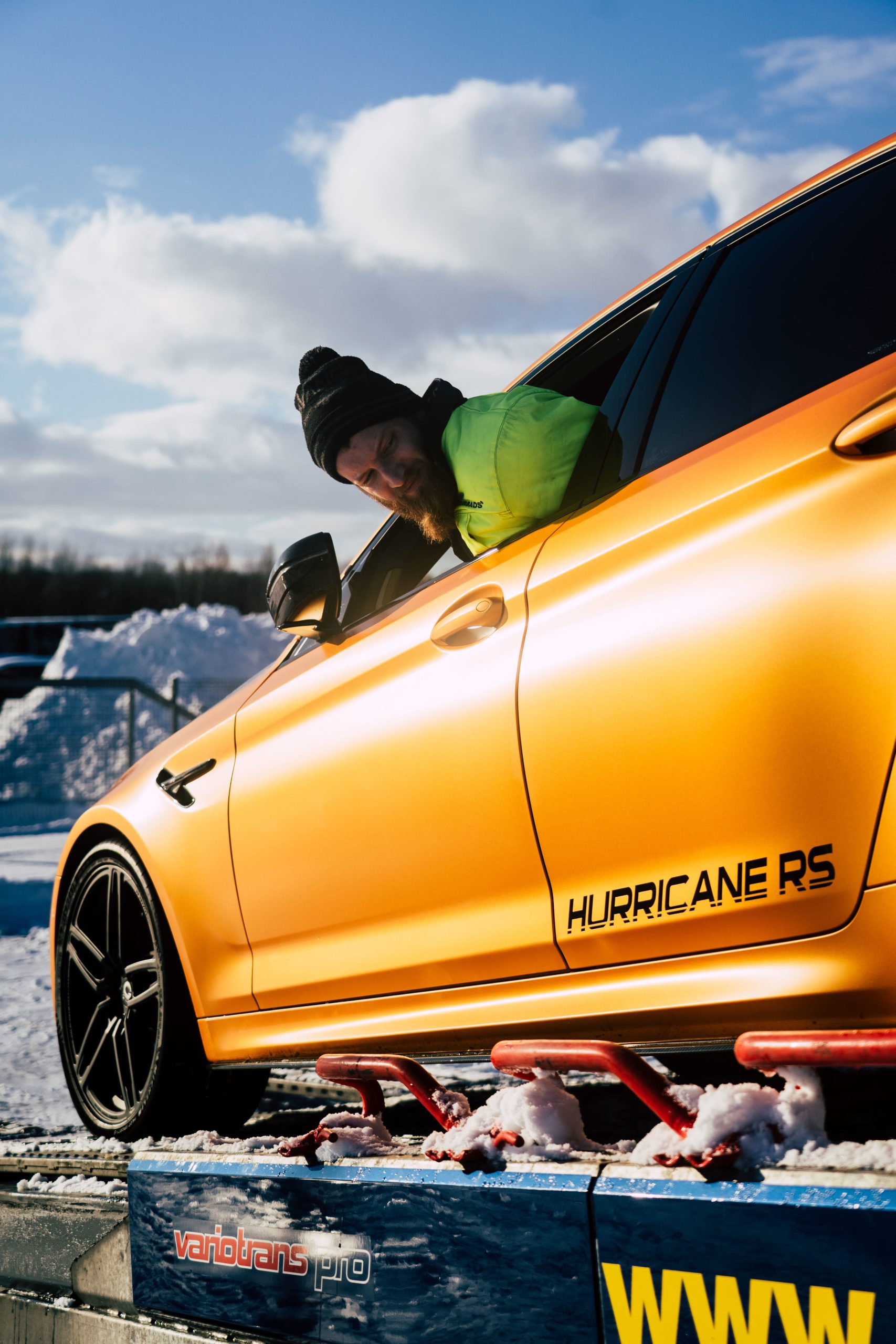 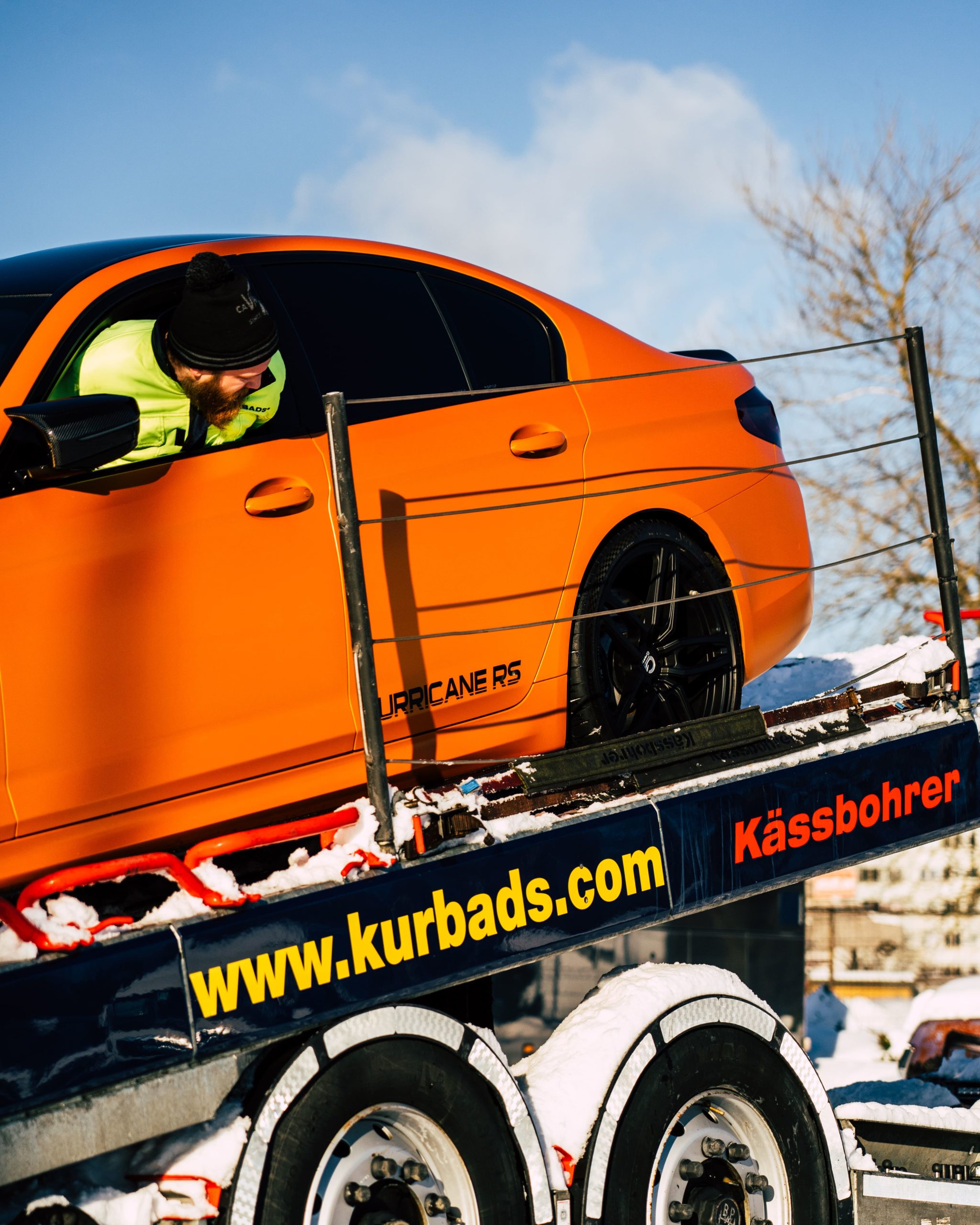 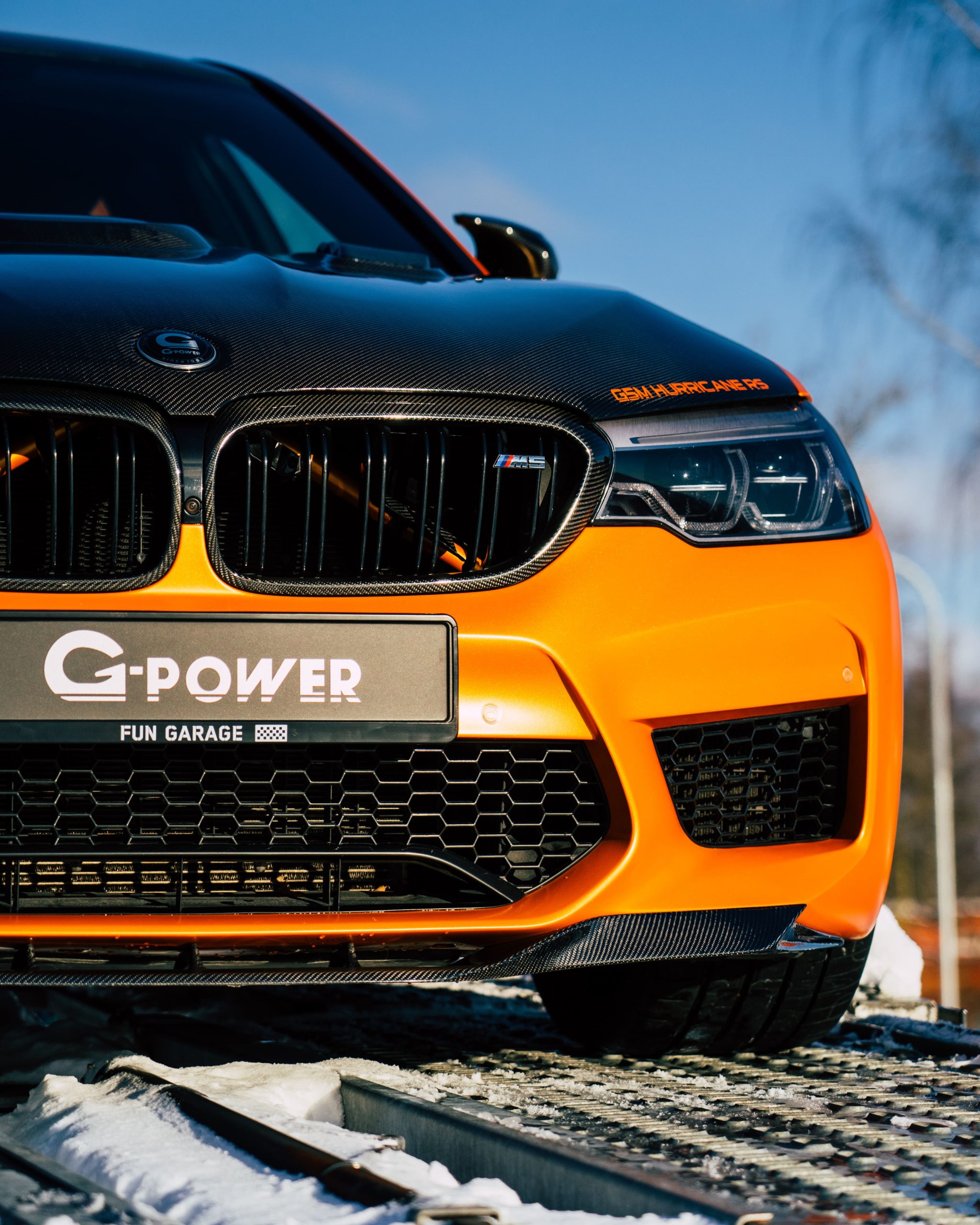 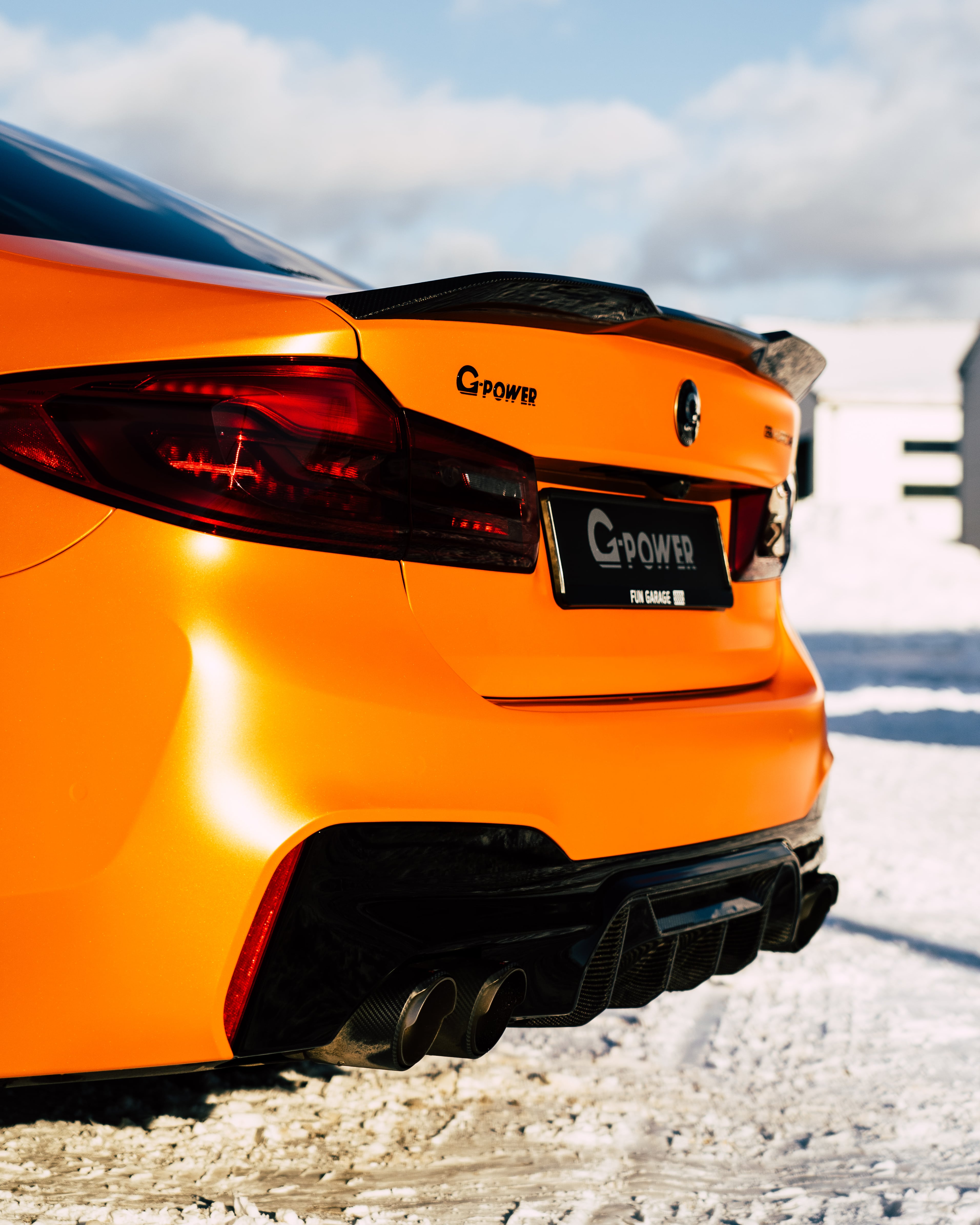 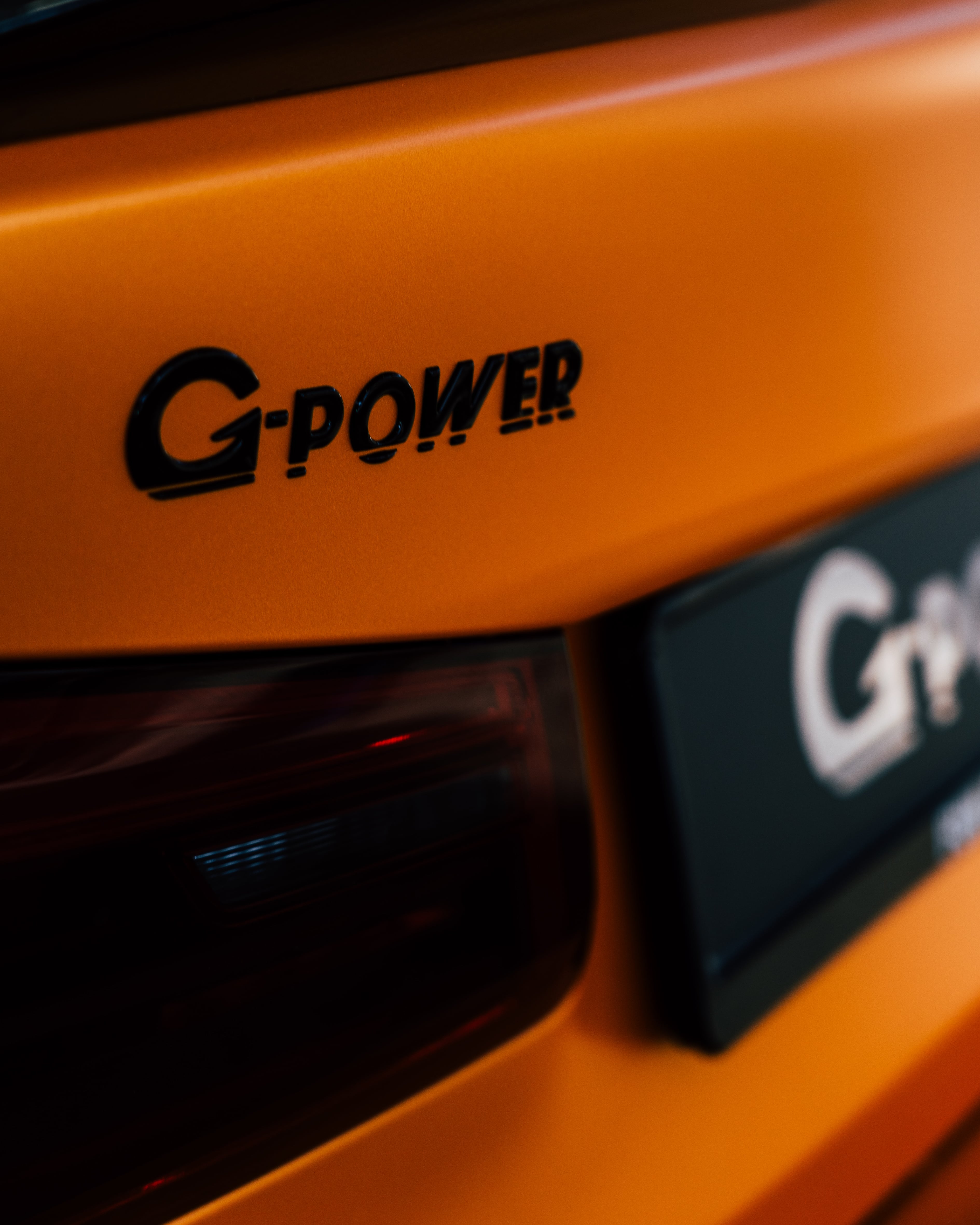 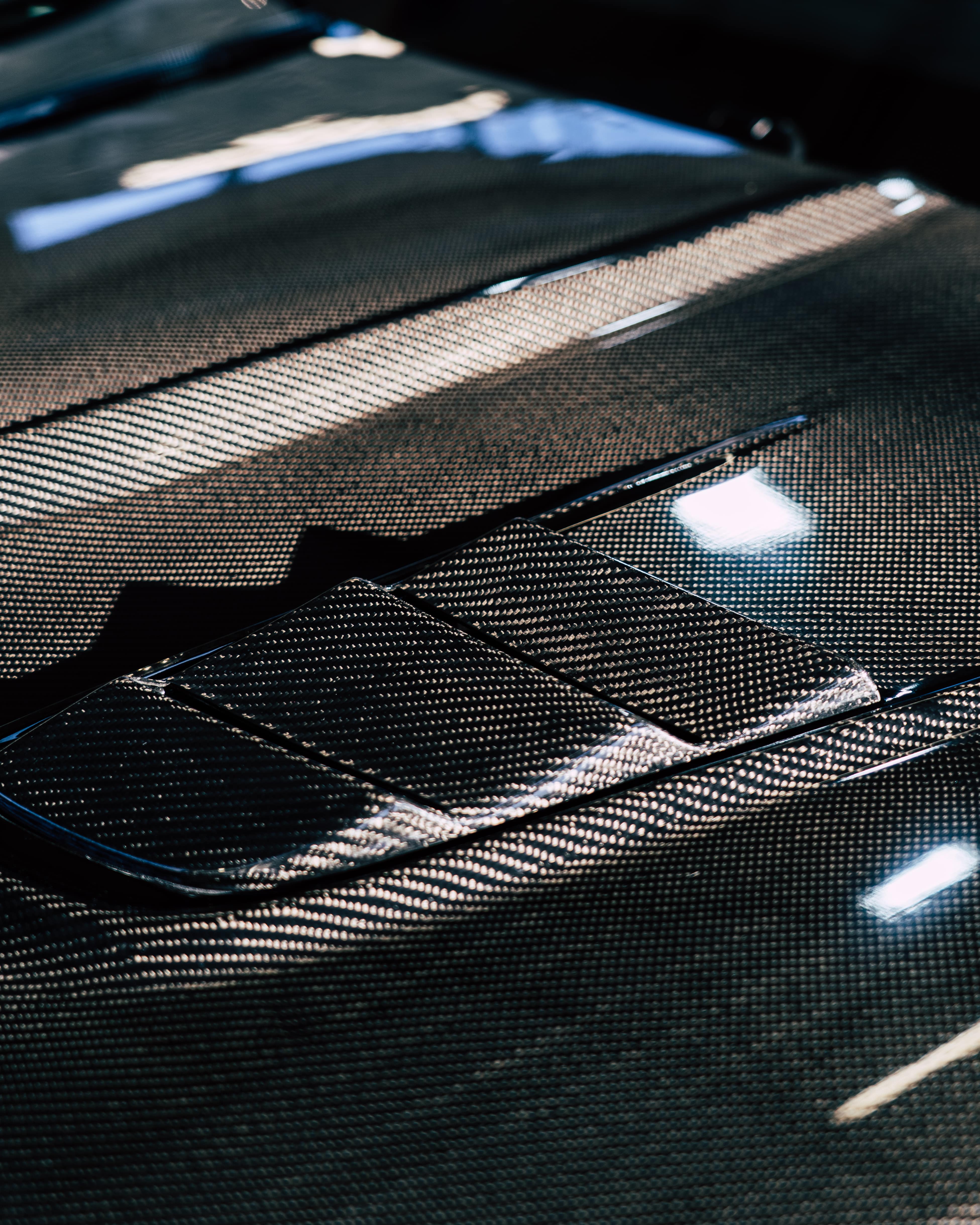 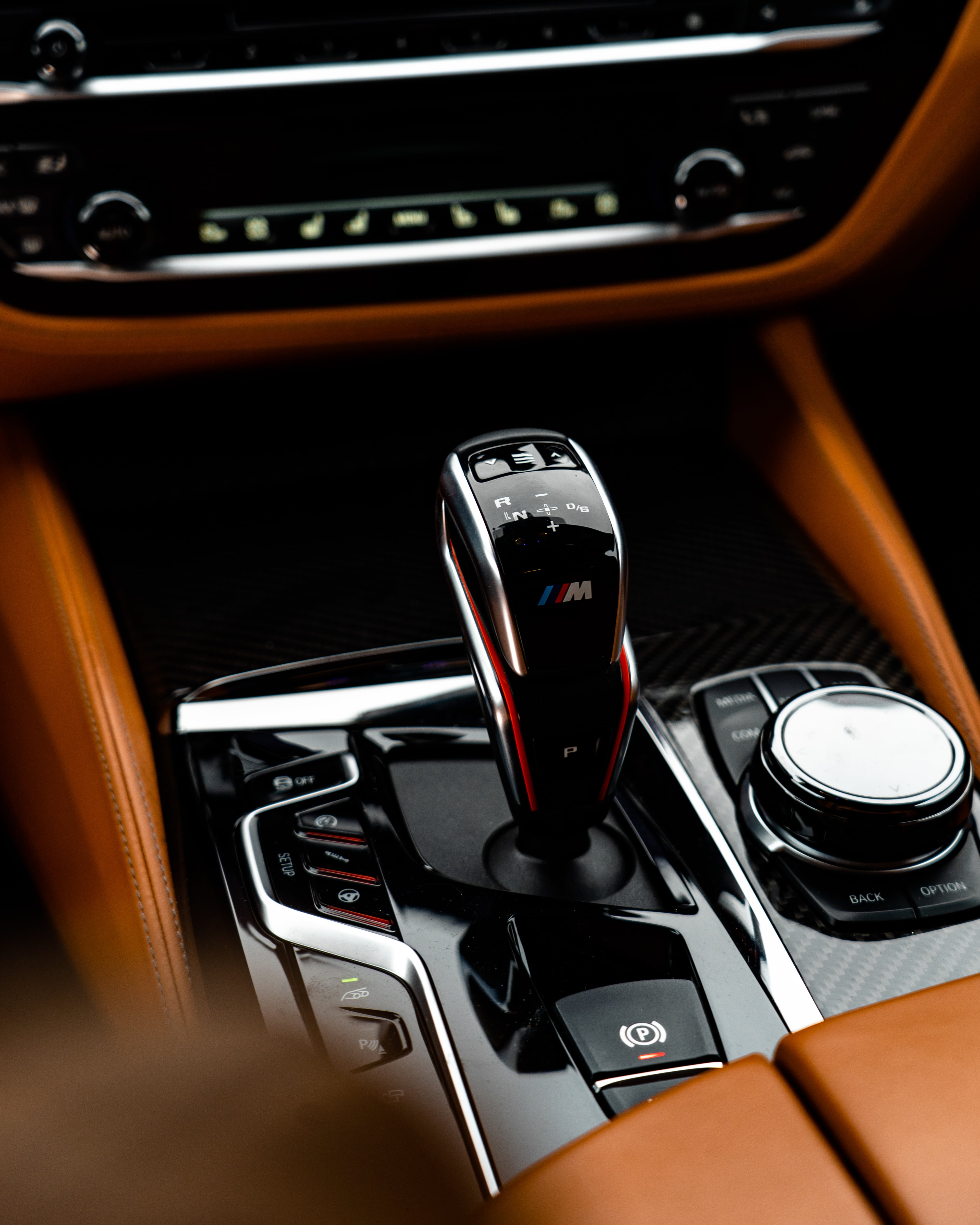 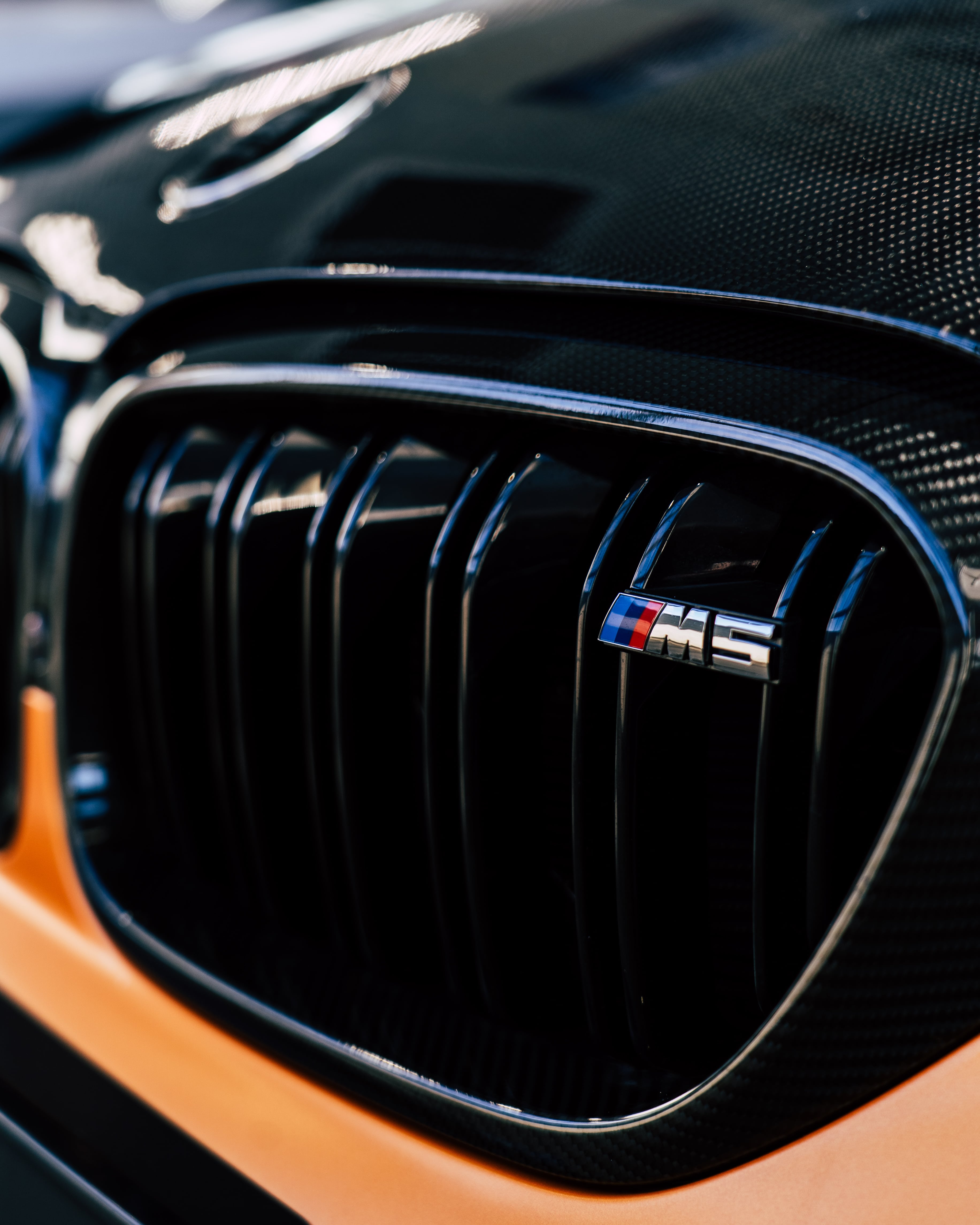 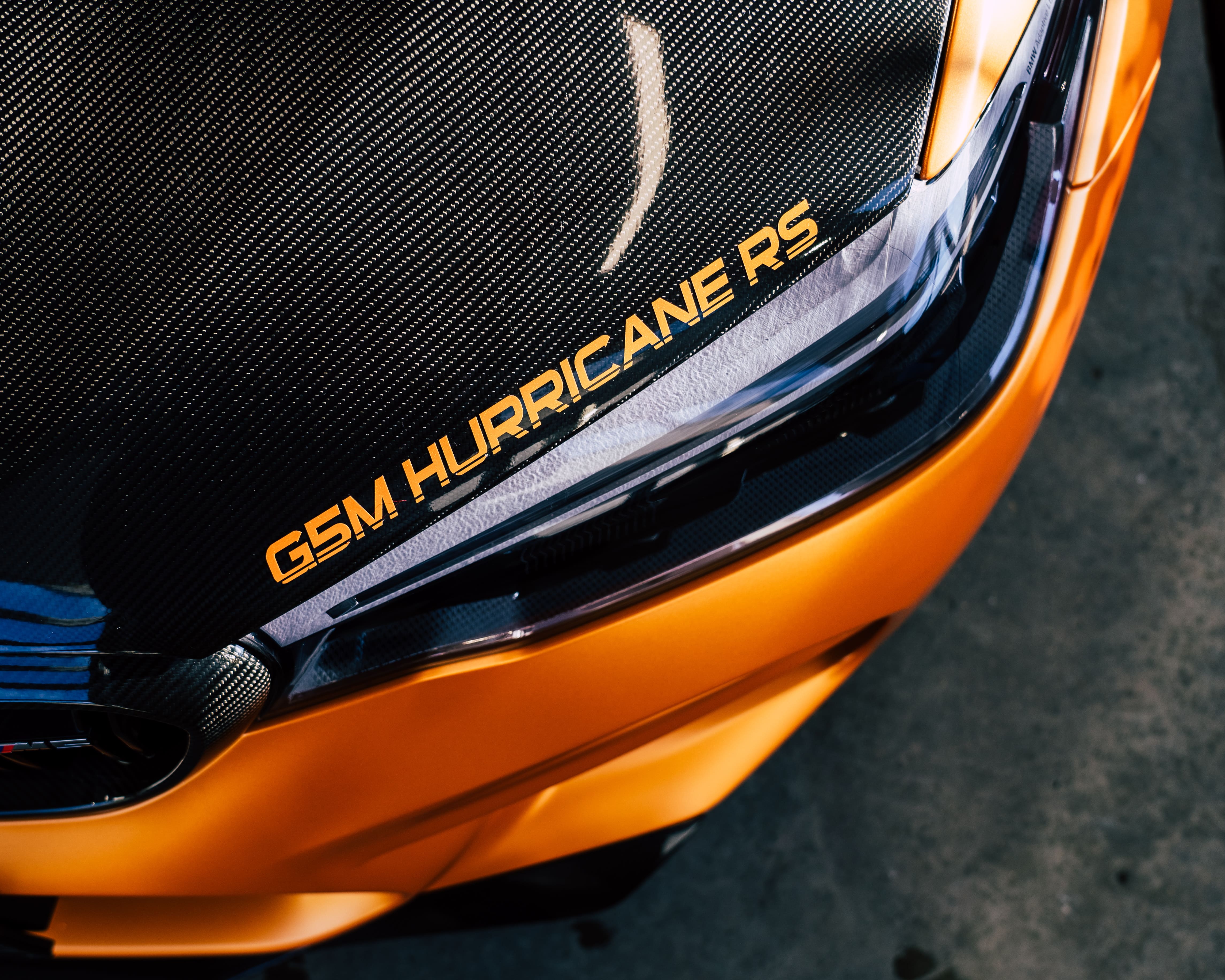 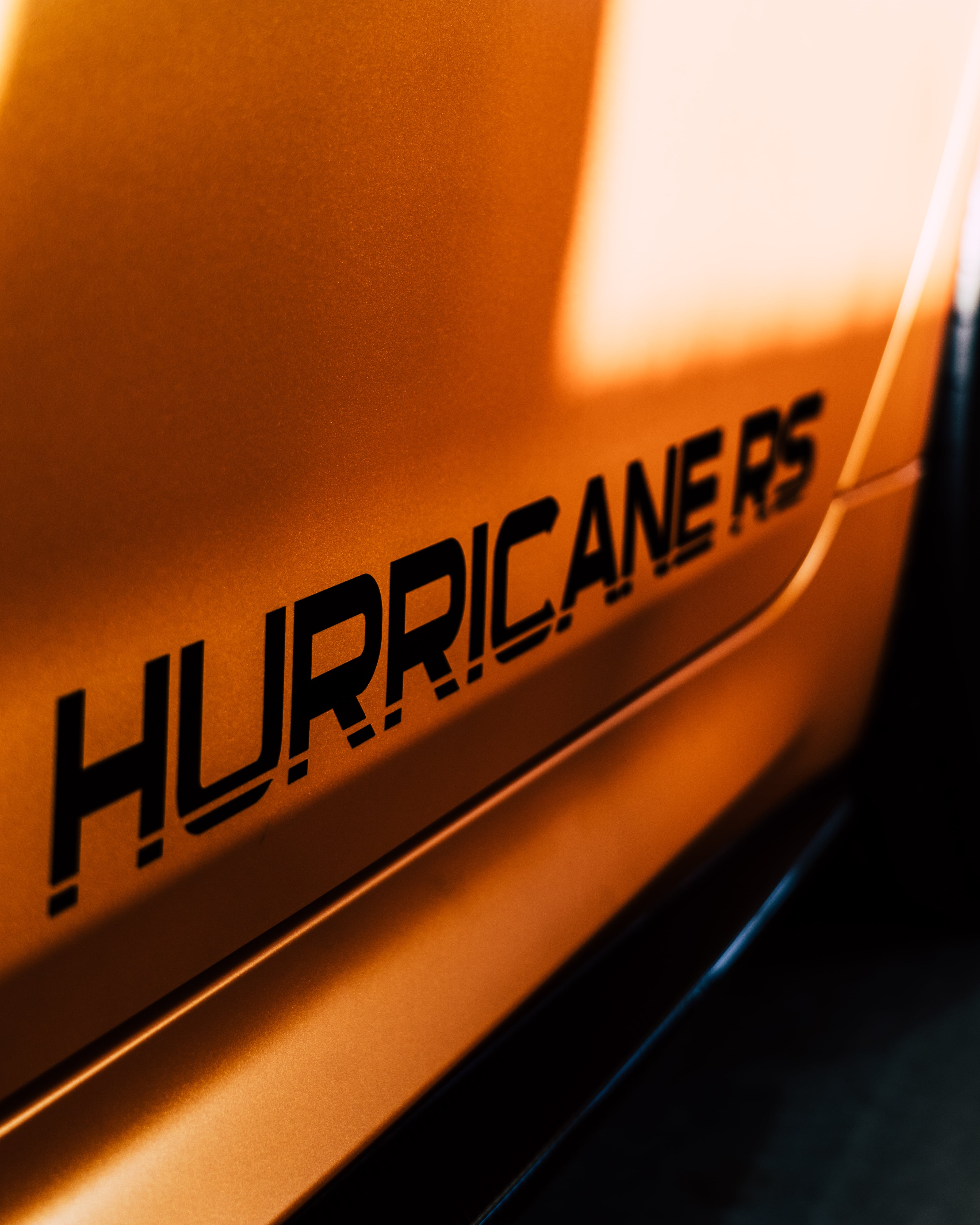 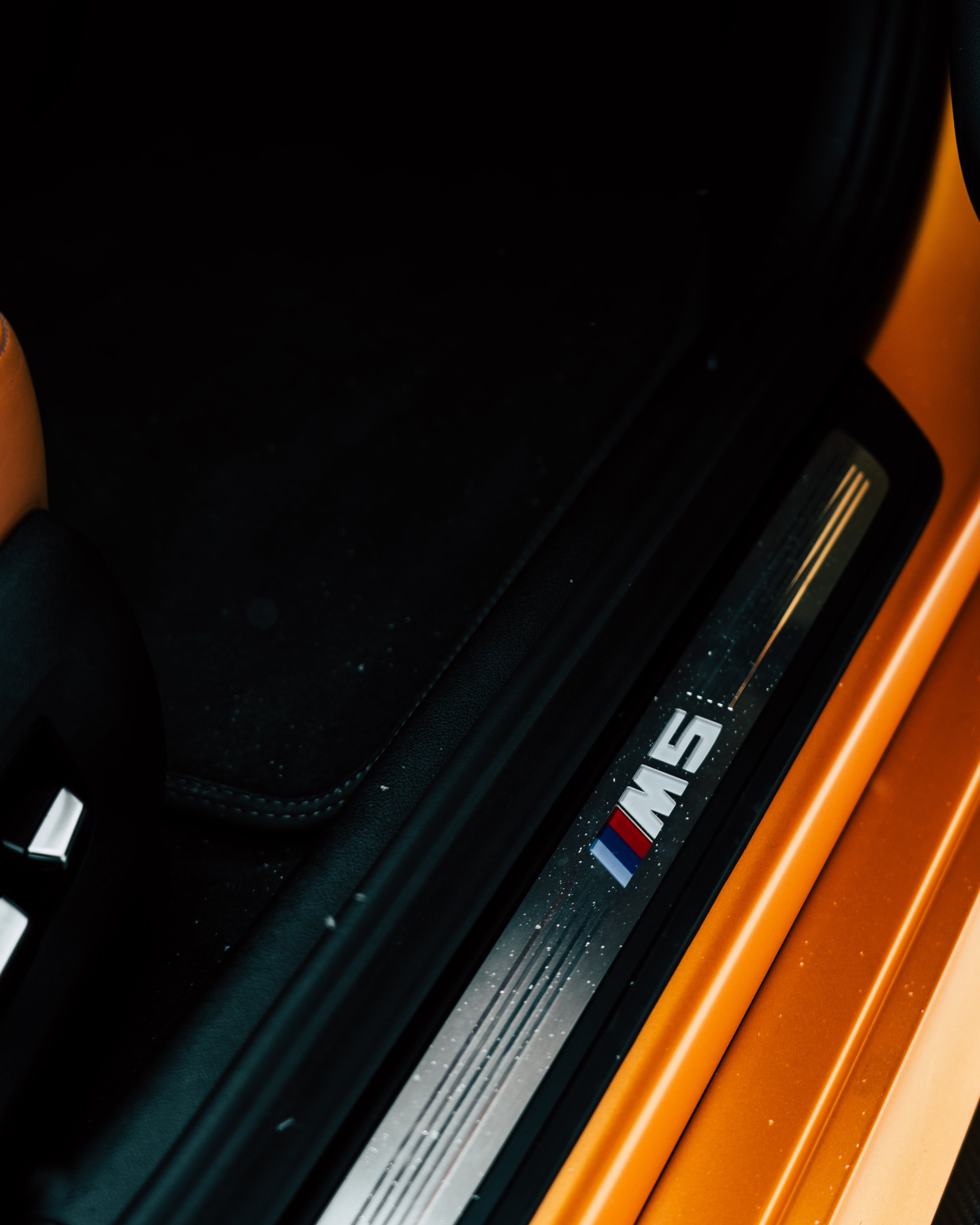