2016 in car manufacturing industry was full of interesting events that could change the sector’s priorities and development. The biggest players of the car market are investing in modern technologies and autonomous vehicles. Here is a short review about 5 interesting news about vehicle transportation field.

The new “Transform 2025+ plan” includes an initial focus on SUV vehicles, and an electric vehicle “offensive” from the end of the decade.

The restructuring plan includes the elimination of 30,000 jobs as well as heavy investment into its German plants. Of the 30,000 global jobs number, 23,000 will be in Germany.

“In all plants, both in car plants and component producing plants, we are going to increase productivity by up to 25%. In other words we are building more cars with fewer people,” said Herbert Diess, chairman of the company’s board of management.

In total €3.5 billion will be invested as the existing German plants are redeveloped to be able to produce electric vehicles and components alongside conventionally driven vehicles.

The company also revealed plans to reduce the complexity of its products including a 30-60% reduction in variants for successor and new models. There will be 40% fewer platform variants, with eleven older ones being ceased, and a 30-40% reduction in drive variants.

The company plans to base all conventional vehicles on the modular cross-section box (MQB) platform going forward. “The MQB is the backbone of the Volkswagen Group with around 80% of vehicles based on this platform.”

The company now plans to have a total of 19 SUV models in its portfolio by 2020, compared with just two today. In recent years, SUV demand has experienced a turnaround. In the US sales are up by about 20% this year.  The SUV will make up between 30-35% of the company’s volumes in the US, Europe and China.

The Volkswagen Group plans to have more than 30 pure electric vehicles on the market by 2025 and to sell 1 million electric cars annually.

On the A52 autobahn in Germany, Daimler Trucks presented an impressive example of the possibilities opened up by the digital connection of trucks: Three WiFi-connected, autonomously driving trucks operated on the autobahn with authorization for public traffic as a so-called platoon. The three trucks link up to form an aerodynamically optimized, fully automated platoon, thus consuming less fuel.

Highway Pilot Connect networks three autonomously driving trucks. 40-tonners only consume 26 l/100 km. Trucks driving in a platoon only need half the traffic space. Precise sensors and cameras ensure super-fast driving responses by the trucks. The vehicles are also equipped with both linear and lateral guidance systems. Mercedes-Benz trucks generate valuable information to a previously unimaginable extent with its approximately 400 sensors per vehicle and is fully connected with software including 100 millions of lines of code – more than a passenger jet.

Although they are connected to each other as a platoon for a specific route, they can each be operated independently as autonomously driving trucks. This system will support drivers and ease their workload when convoy driving over monotonous long distances.

This new Highway Pilot Connect system is already legal within the federal state of Baden-Württemberg. Further test drives are possible with individually granted exceptional permission. It looks like soon this will be a common view on German highways.

Thomas Zernechel, the head of logistics for the Volkswagen Group, has said the company intends to ensure that innovations in the logistics sector are rolled out “rapidly” by the various brands within the group.

In the company’s seminar “Logistics Innovation Day”, attended by about 230 logistics experts from within the group and 130 external companies who presented their respective innovative solutions for the sector.

“Growing digitalization is lifting logistics possibilities to a new level. At this year’s Logistics Innovation Day, we are focusing more strongly on the logistics and IT sector and discussing the latest trends and logistics solutions with external partners,” said Zernechel.

A total of 18 solutions were chosen following a multi-stage selection process. Amongst the innovations presented were individual transport robots with autonomous navigation functions, lightweight exoskeletons providing a supporting structure for workers and methods for object recognition without using transponders and scanners. Other developments that are already being used various locations include fully automated transfer to and from warehouses and autonomous transport systems.

Despite slower economic growth last year, China still is a huge market for vehicle industry and it will keep growing in future. Several companies linked to the car industry hope to expand their businesses in the Eastern powerhouse.

German tier supplier ThyssenKrupp has confirmed it will move all of its Chinese steering system production activities to its new manufacturing facility in Changzhou. 200 million Euro investments will ensure an annual capacity of around 4m electric power-assisted steering systems – all of which will be reserved for the Chinese market.

South Korean car manufacturers Hyundai and Kia have opened a new plant in China. Last year more than 7 million Hyundai and Kia cars were sold. Koreans hope to sell more than 8,25 million in 2017. Also Volvo, BMW and Honda have announced that they will widen their operations in China.

Latvia also wants to benefit from the huge economic potential of China. A new multimodal logistics center has been presented in Jelgava. The center will unite all infrastructures and will be one of the many directions where the Silk Road will be connected to the Continental Europe.

After a Brexit vote in the Midsummer, economic experts were cautious in their predictions and told to wait for some time to evaluate the situation. In mid December, a meeting between government and United Kingdom’s car manufacturers was called. The topic discussed behind closed doors? Brexit.

“As the UK exits the EU, we are determined that our country remains a great place to invest and to do business. We want the best deal for trade in UK goods and services, including for our important automotive sector,” said David Davis, the UK’s Secretary of State for Exiting the European Union.

The automotive sector is the UK’s largest manufacturing export sector. In 2015, it employed 169,000 people in automotive manufacturing, exported 1,2 million cars and generated 40,52 billion EUR in export revenue. The industry representative body recently estimated that tariffs on imported and exported finished vehicles could amount to 5,2 billion EUR a year.

“Being part of the single market has helped make the UK automotive sector amongst the most competitive in the world and a critical part of the UK economy. It is essential that we maintain those benefits and we will work with government and our partners in Europe to ensure the global success of our sector continues in the future,” said Mike Hawes, chief executive of the Society of Motor Manufacturers and Traders. 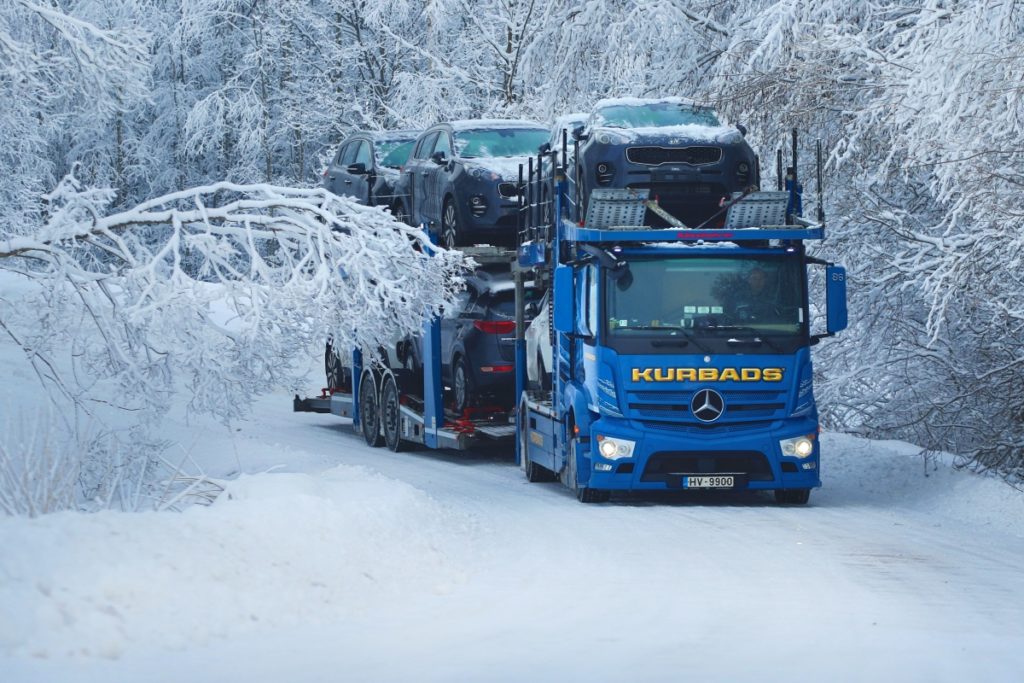