Among the huge list of various vehicles worldwide it is very hard to find a car that has such a long history as Land Rover “Defender”. Honouring its 67 years long story of success, the British manufacturer has awarded it’s loyal customers with three exclusive editions.

Limited edition models Land Rover “Adventure”, Land Rover “Autobiography” and Land Rover “Defender Heritage” are designed with a small touch from the “Defenders” iconic history. Back in 1955, it was the first vehicle in the world to go overland from London to Singapore.

The “Heritage 110” model with longer body visited “Kurbads” logistics centre. One of the 73 in the world.

Car’s owner has bought two “Heritage” and one “Autobiography” vehicles. “Those cars are neoclassic, you can feel the touch of past in them. Cars for collection, maybe I will exhibit them in some car shows,” says “Kurbads” client. “I paid 75000 euro or this car.  The same model’s price at the moment in mobile.de is 185000 euro.”

The Heritage Edition is powered by the Defender’s standard 2.2-liter, four-cylinder diesel engine. The unit is rated at 120 horsepower. The 0-to-60 sprint depends on the model and body style from 14.7 to 15.7 seconds. All versions come with four-wheel drive and a six-speed manual transmission.

The Land Rover “Defender” has earned its spot in the carmaking history as a versatile vehicle that can be used as a light tractor, an off-roader or as a military vehicle in Iraq. It’s ability to achieve the impossible and reliability are traits that has given the quality mark to Land Rover brand for a long time.

Sadly every story comes to an end. These three exclusive editions mark the end of one automotive history chapter – the production of Land Rover “Defender” will be cancelled at the end of the 2015. 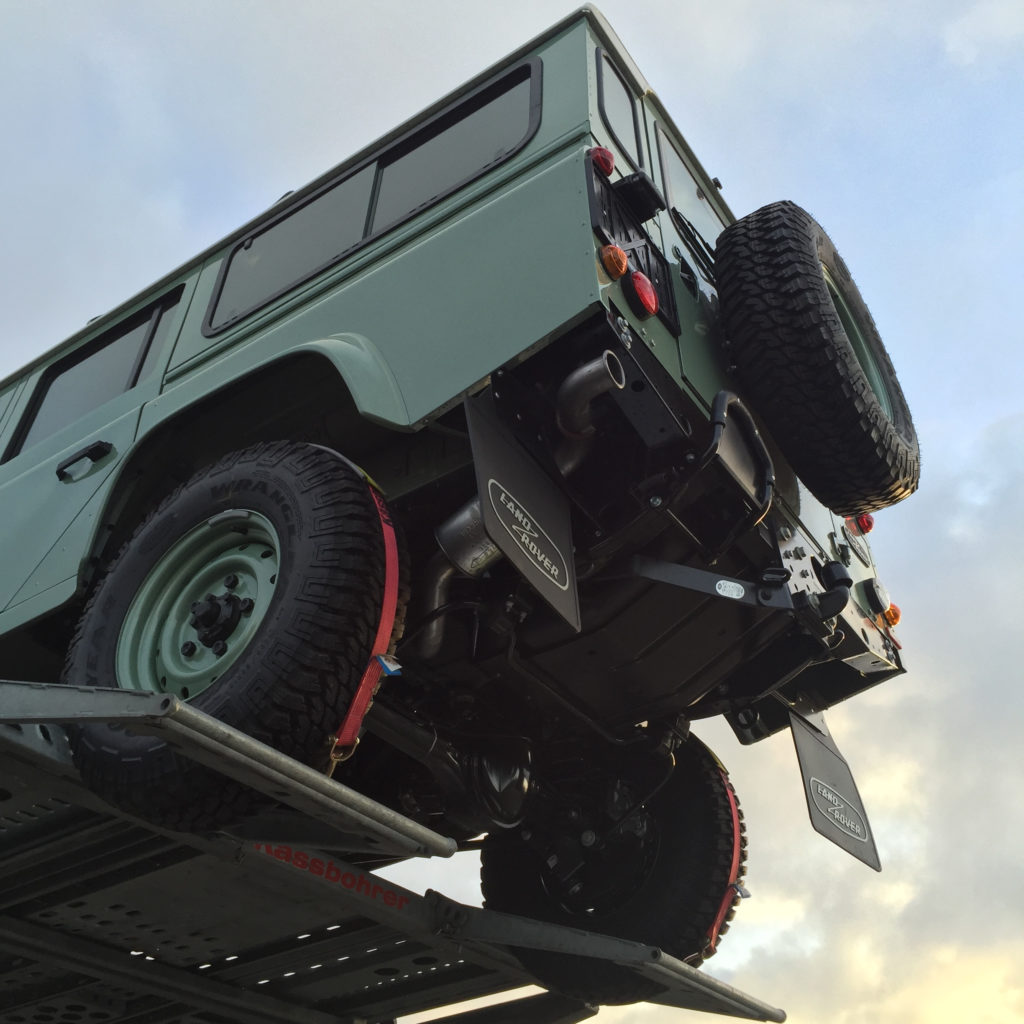