Kurbads in its 20 years history has transported many spectacular vehicles. Now we have one more addition that is seldom seen in traffic –  the unbelievably fast Ariel Atom.

Ariel Atom is unique vehicle built by British car company, which manufactures around 100 units per year. When company was founded, it only had 7 employees. Go kart type car once was the fastest around  the famous British „Top Gear” test track.

The car that was on deck of „Kurbads” car carrier is one of the first ever produced models and it is powered by 300 BHP 2 litre supercharged  engine from Honda Civic Type-R. Weighing less than 500 kg, it has fantastic dynamics – from 0 to 100 km/h Ariel Atom accelerates in 2,9 seconds.

Ariel Atom is not just purpose built race car only for track days, it is also perfect way to cruise around city, but dont forget helmet at home, because Ariel Atom has no windshield. You also will not find radio in the car, but you can listen to terrific engine sound. Car has a boot which is big enough to fit backpack in there, but nothing more.

The price of this specific model ten years ago was around 55 000 USD, but as time goes by its value is not shrinking. Actually, quite the opposite because these cars are so exclusive. Latest specifications Ariel Atoms could cost you even 220 000 USD. 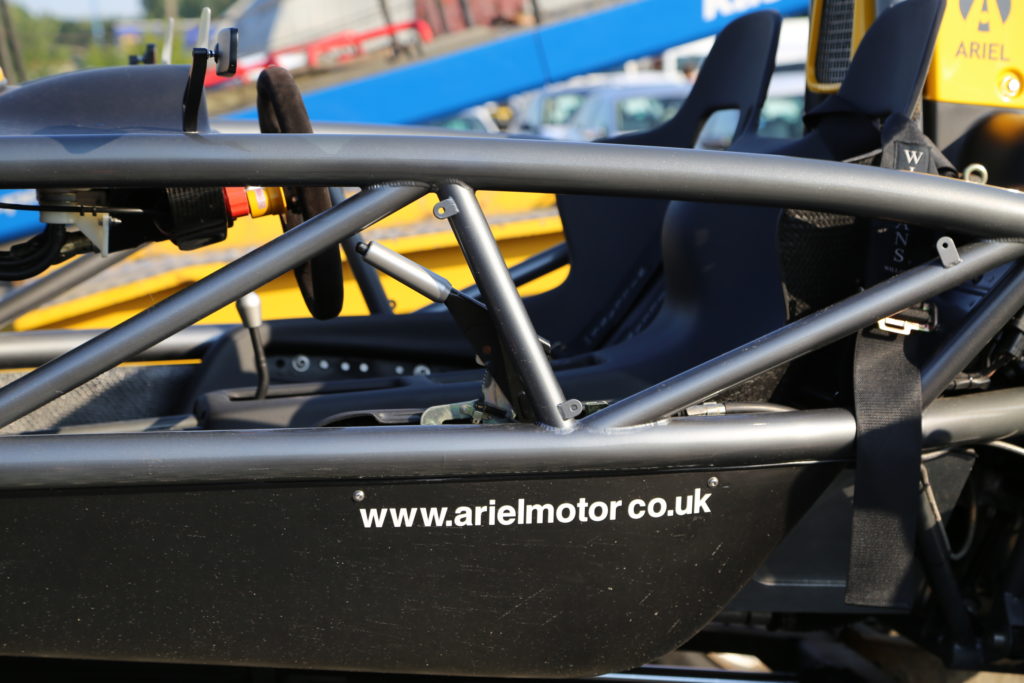