In late May, in Kiev, Ukraine, sportsman Jānis Rozītis took third place in Eastern Europe stunt Championship fourth stage, supported by Kurbads. In pre-workout time, Jānis throw up several of somersaults and solid bike was thoroughly damaged, smash the two disks, wrap other details, but thanks to the assistance of local sportmans, were able to borrow the discs to be able to start on. Damaged equipment, of course, affected the performance in the program, but it was successful.

Thank you very much support this season. We continue to prepare for several major events this season. 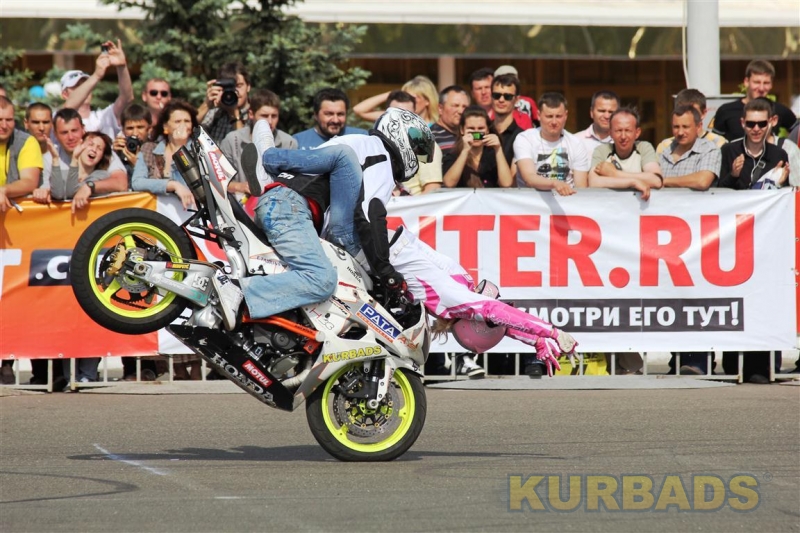