In a ceremonious event the electric race car ”eO PP02” built by Dambis’s engineer team ”Drive eO” was loaded on Kurbads vehicle carrier ”Oskars Kalpaks” and will be delivered to Frankfurt airport in Germany, from where it will be sent to Colorado Springs, USA, where the ”Pikes Peak Hill Climb” competition takes place.

The loading of electric car was combined with the presentation of transport and logistics company Kurbads new vehicle carrier ”Oskars Kalpaks”, the new car transporter has a special design and story, the cabin is decorated with portrait of the first Latvian armed forces commander Oskars Kalpaks. Continuing company’s tradition, the new and modern vehicle carrier on Volvo FH13 basis, equipped with Kässbohrer Metago and Variotrans Pro systems, is a gratitude to the driver for his loyalty towards the company, because he has driven a million kilometres and has been counted in the so-called ”millionaire club” of vehicle carrier drivers. As tradition predicts, champagne was poured on the transporter to bless it.    The cooperative presentation of two companies was joined by ”Drive eO” engineer Kristaps Dambis, Kurbads chairman Andis Pikāns, and a representative of Kalpaks foundation, Kaiva Krastiņa. As transportation and logistics company Kurbads chairman Andis Pikāns says in his speech, ”In Latvian mythology, mares son Kurbads fought monsters and witches even before Lāčplēsis. The character of this legendary strongman is now embodied in the company’s image. It’s a great honour to help today’s Latvian heroes with the name of Oskars Kalpaks, one of the greatest national heroes.  We wish you luck and fulfillment of all hopes!”   ”We are happy to cooperate with a company which honours traditions. This adventure holds many symbolic links- Kurbads carries our electric car ”Tesla Roadster 360” on ”Oskars Kalpaks”, but we are going to the city of Colorado Springs, where Nikola Tesla, a serbian-american scientist, made his revolutionary discoveries with electricity,” Kristaps Dambis accentuates the importance of symbols, ”This year, the goal is to finish successfully and gain experience to be able to build a supercar that could beat all records next year. After ”Pikes Peak”, our car will possibly be exhibited in some event in Latvia.’ ‘    This will be the second Dambis team visit to ”Pikes Peak” race, where the goal is to be the first to reach the peak from a 20 km long route, which serves as a public road  on weekdays. The famous race will take place 92nd time this year and is the second oldest race in the US. ”Drive eO”  will be driven by Jānis Horelis, a well-known Latvian racecar driver.    We wish the best of luck and great success in race to the team! 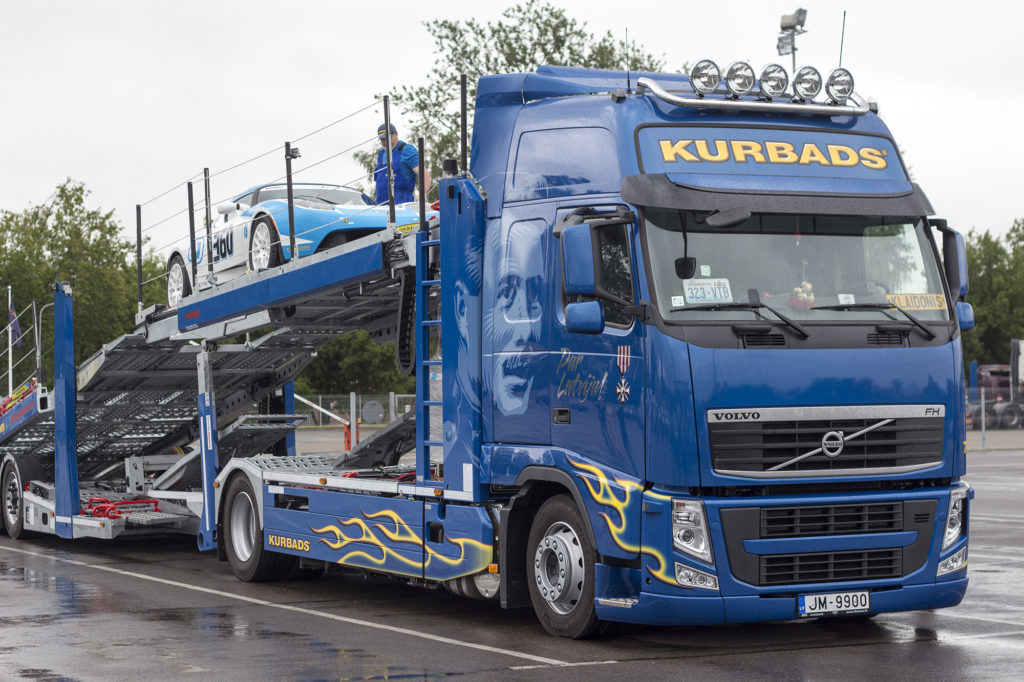