Oļegs Dovgans will be the 105th car transporter trailer’s driver-expeditor. He is well acquainted with the ornament of the Morning Star, because the 96th car transporter trailer also bore the same image. According to Latvian traditions and myths this ornament represents several things. It represents the victory of light over darkness, and protects one from evil people. Whatever the strongest and best features of this ornament, Oļegs has remained faithful, once again choosing to have the same ornament on the side of the new trailer.

Energy exchange and true emotions are greatly valued at Kurbads

Just as on other occasions, the new 105th car transporter trailer was christened with the bear dance as delivered by the men of Kurbads. And to celebrate our anniversary, as well as the purchase of the new trailer, we enjoyed another ritual – an activity that required the participation of all employees. Initially we formed a circle with the leader of the activity taking the centre stage. He chose colleagues who then had to follow him at the back. However, to join all the other participants, the newcomer had to crawl between other player’s legs. The activity came to an end only after all chosen participants had joined the chain of people, and had crawled through the hurdles.

However, that was not the end of all the fun. Right after the christening of the 105th car transporter trailer we all joined in the celebration of the big day, which was the celebration of the 26th anniversary. We have to say that it felt like the Morning Star was with us on that day, because we enjoyed a beautiful warm sunny day all day long. The temperature was so warm it felt like summer had returned once again, and we could all celebrate together and enjoy the Indian summer.

During the anniversary celebrations, we enjoyed Zane’s and her husband’s pancake masterclass. They both made sure that every single employee of Kurbads got the tasty and fluffy crepes prepared on an open fire. Background music was provided by accordion player Inta Āboliņa to help us all feel that special something. As we slowly sipped on wine, we enjoyed being together and celebrating the 26th anniversary of Kurbads. 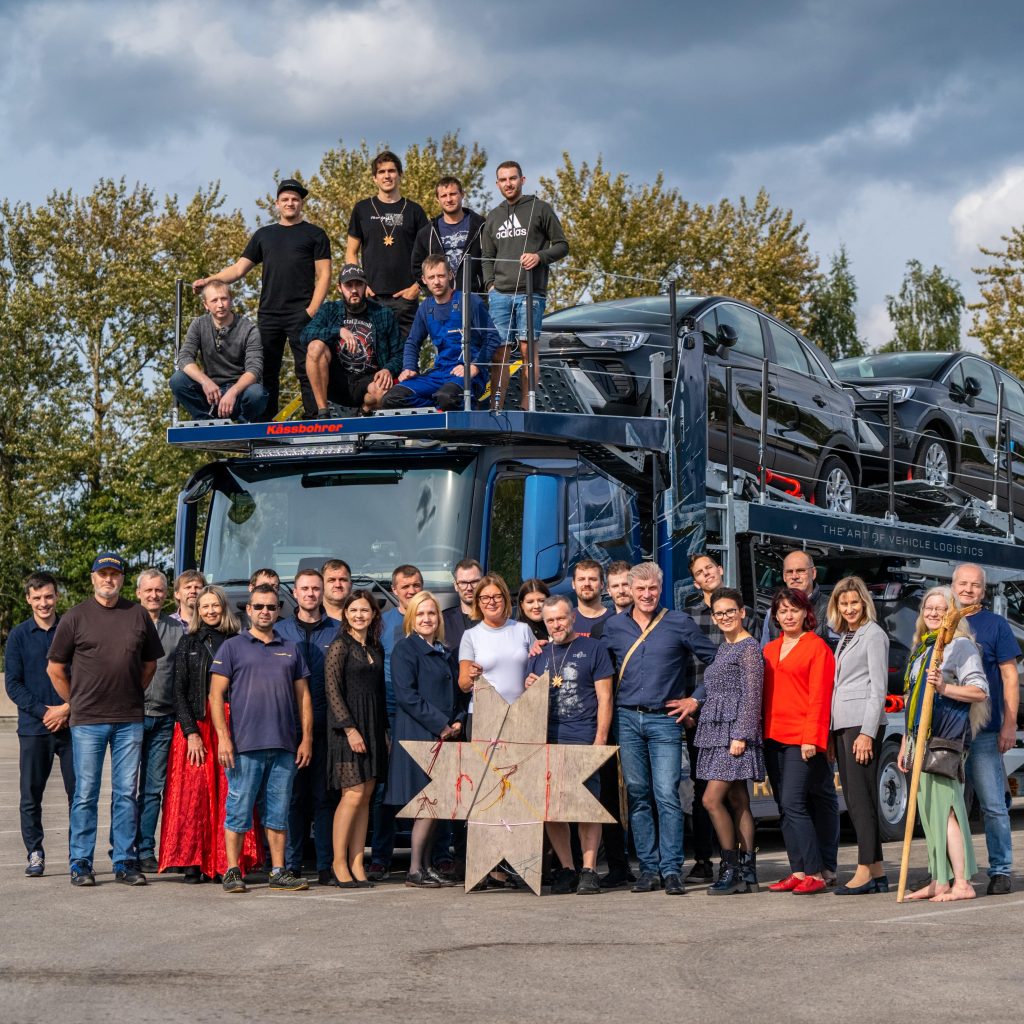