Jolly dances, merry games and shared celebration. This is how we can describe Friday’s afternoon, when „Kurbads” employees gathered together to honor Latvian national feast „Jāņi” or midsummer. It was a great way to start the long holiday.

Company truly respects national celebrations during the year as it is a wonderful chance to gather employees altogether to spend quality time in informal atmosphere to get to know each other better.

Annual tradition is to celebrate midsummer in Latvian national folk costumes – somebody takes care of them all year, some borrow them from friends or family, some buy or rent for „Jāņi” festival. The most stunning folk son and folk daughter is awarded for having the best costume. The jury is last year’s winners Lāsma and Jānis who decided that „Jāņu” delicacies are earned by Renārs and Agnese, who admitted that „it was an unexpected surprise, but a nice one. I also enjoyed the native songs about me after i received the award.”

Midsummer festival is unthinkable without traditional dances and games in Latvian traditions. „Mugurdancis”, „Žīga” and „Auglības dancis” are just few of the folkdances which „Kurbads” employees performed in a jollyness and lightness.

Some girls and boys also tried their archery skills which were improved by Edgars Krievāns who did not hesitate to share useful advices.

Thanks to folk group „Trejdeviņi” for true midsummer atmosphere! 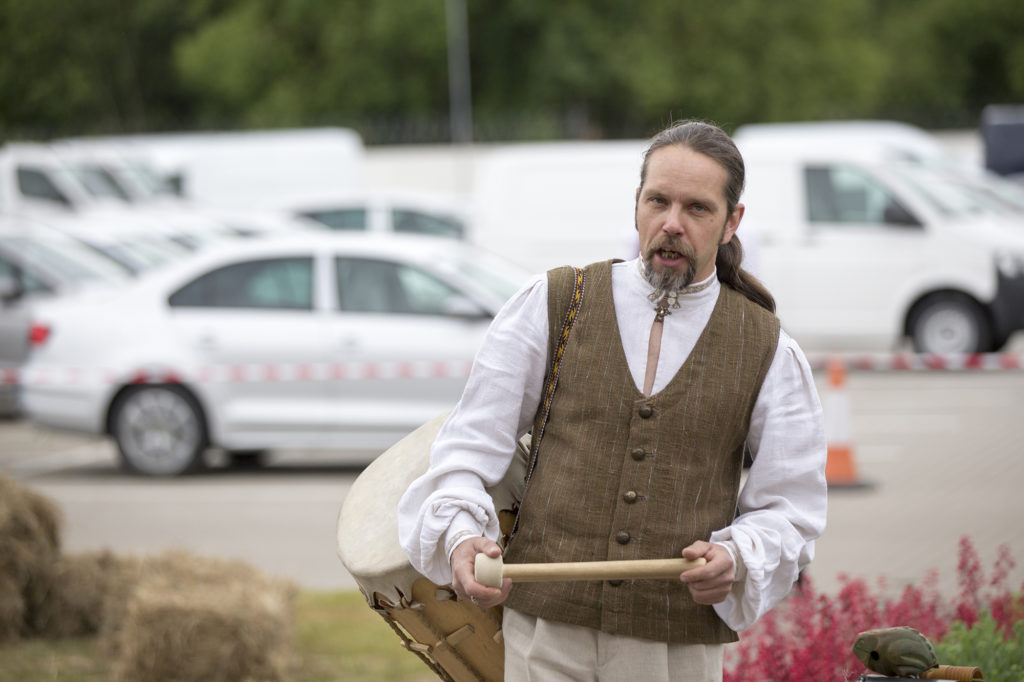