At the end of October, “Kurbads” had a unique chance to transport the last Mini Cooper car from BMW factory in Gratz, Austria.

Graz assembly plant is now partially closed for reconstruction but the last Mini Cooper car has already rolled out as in future those models will be assembled in a new factory in Netherlands. Oxford plant in Great Britain will also increase it’s production numbers.

Jānis Kārkliņš, “Kurbads” driver tells more about symbolic cargo that had a special farewell ceremony: “If on other occasions you have to go around the warehouse and look for the car, this time members of Graz factory drove the car to my truck for loading. To my curiosity they responded: “The last Mini!”. I was surprised: “Last one? Last one for us?” “No, last one for the plant…” Graz plant employees gathered around and said goodbye to Mini Cooper.”

“I feel a bit sad myself, as I liked this car. When we were going home from Italy, where we usually load bigger cars, we could go to Graz, load a few small Minis and go home. Another chapter in car history has been written.” 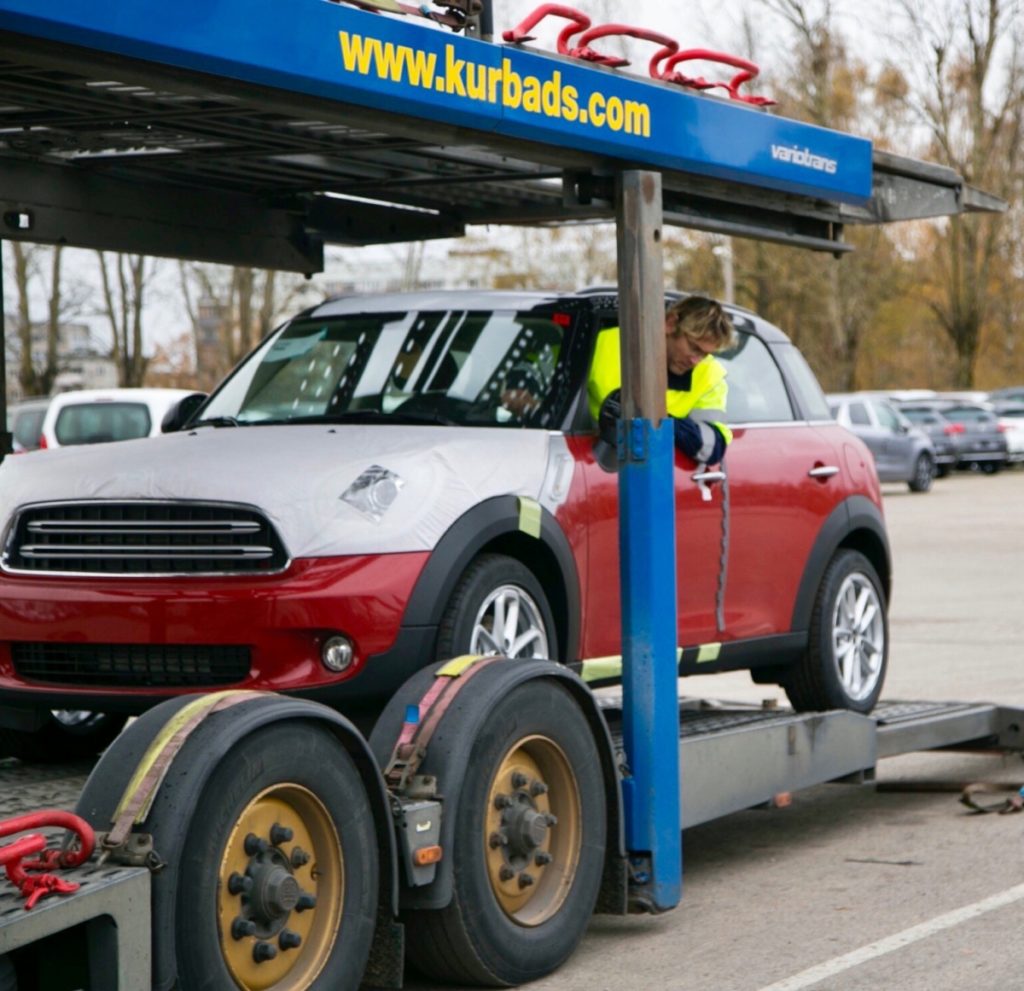