Kurbads opens a branch in Germany

Vehicle Transportation and Logistics Company “Kurbads” has opened a branch in Germany – in the land where the company began its work at the outset of its foundation. Germany is the land where initially we had to wait in line on the border sometimes for days to transit from the East to the West, and it was back in the day, when we could scarcely imagine that one day Europe would be open to all, and that it would provide Kurbads with the opportunity to call it its second home.

The opening of the Kurbads Logistics Centre in Germany is the next step for the growth and development of the company. This project is implemented to expand the company’s opportunities in Europe, as well as to develop the Kurbads brand in Germany. As Andis Pikāns, chairman of the board of Kurbads put it – this will give us an opportunity to be closer to our current business partners in Germany, and it will open the doors to new ones. 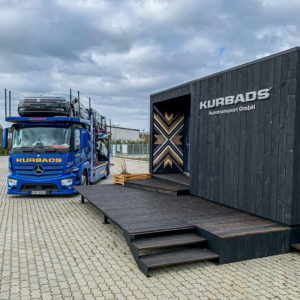 Work of Latvian craftsmen in Germany

The German branch “Kurbads GmbH” will be housed in Genthin, a town close to Berlin, located at strategically important crossroads right next to the A2 motorway. The centre will house a logistics base, a warehouse, an office as well as resting facilities for drivers. It should be noted that the office facilities, which have been built using modular construction, were made in Latvia by a company that specialises in wood design modular building development. We are very proud to have Latvian craftsmanship represented in Germany. Special attention should be paid to the entrance door and the facade, where you can see a wood crafted panno with the ancient Latvian symbols of power, which Kurbads holds in high esteem. 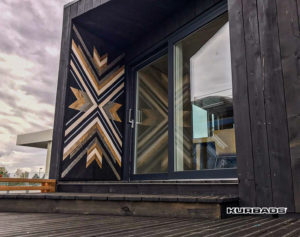 This panno is a true piece of art – its author used hundred-year old boards from Latvian farmhouses scheduled for demolition. We are particularly pleased not only about the visual result that brings joy, but also about the reuse of old materials. Ivars Sedlenieks, chief of “KSD kompānija” Ltd. was the author of this project: “It was challenging, because the principles of modular construction were used in the construction of a more sophisticated facility. In the interior and exterior fittings of the modules we used fir – a specifically designed wood; all the doors and windows were made from uPVC Rehau profiles with triple pane glass. The terrace was constructed using the Siberian larch whose resistance to weather conditions is significantly higher than that of any coniferous trees that grow in Latvia.” 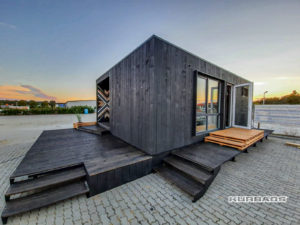 A quarter of a century has passed!

In August, the Vehicle Transportation and Logistics Company “Kurbads” will be celebrating its 26th anniversary. Over the course of a quarter of a century, we have acquired experience to tackle new heights in new countries. We are therefore looking for drivers-expeditors to join our Kurbads team to work in the new branch in Germany. It is your opportunity to become a part of a team of highway warriors, as well as to work with the transportation of the best vehicles in the world! 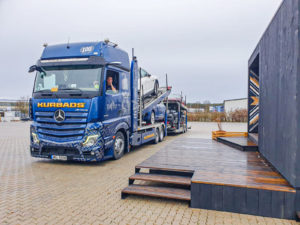 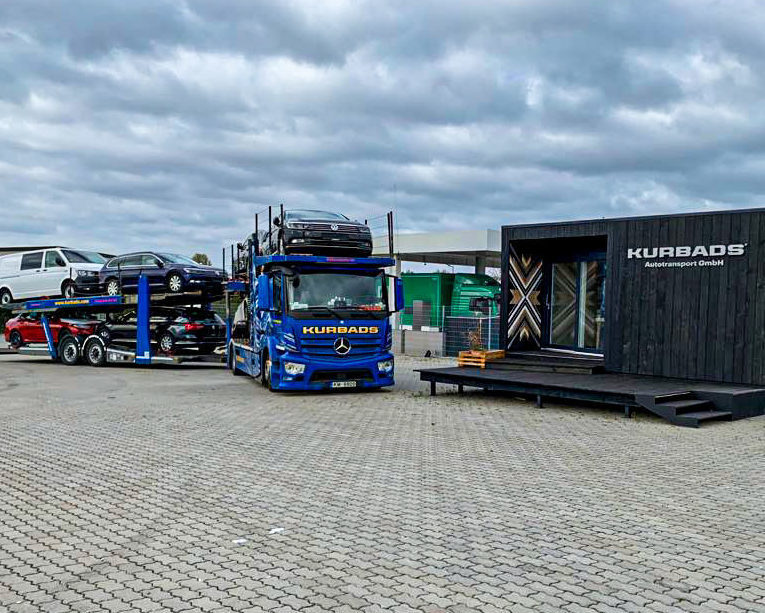 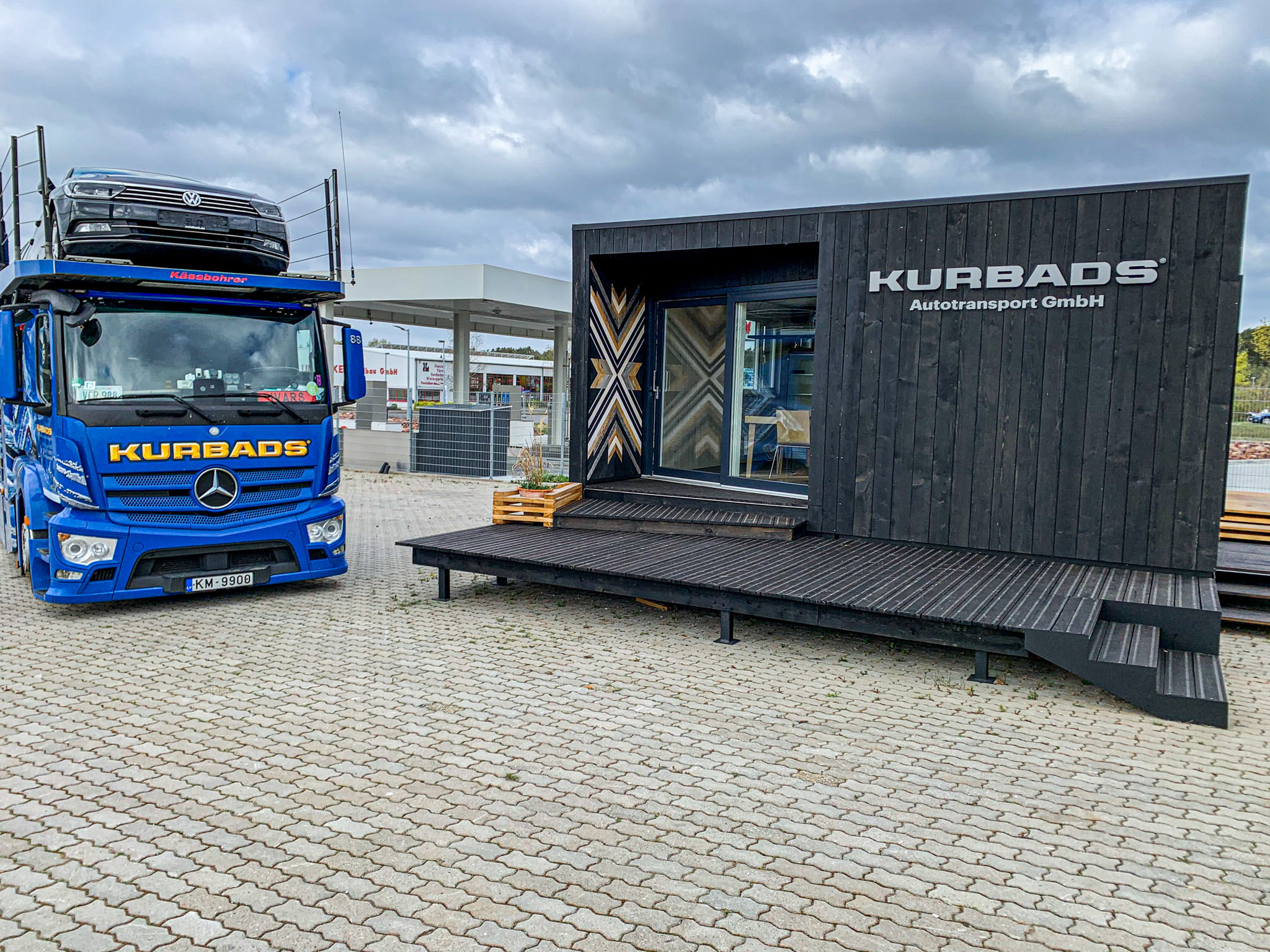 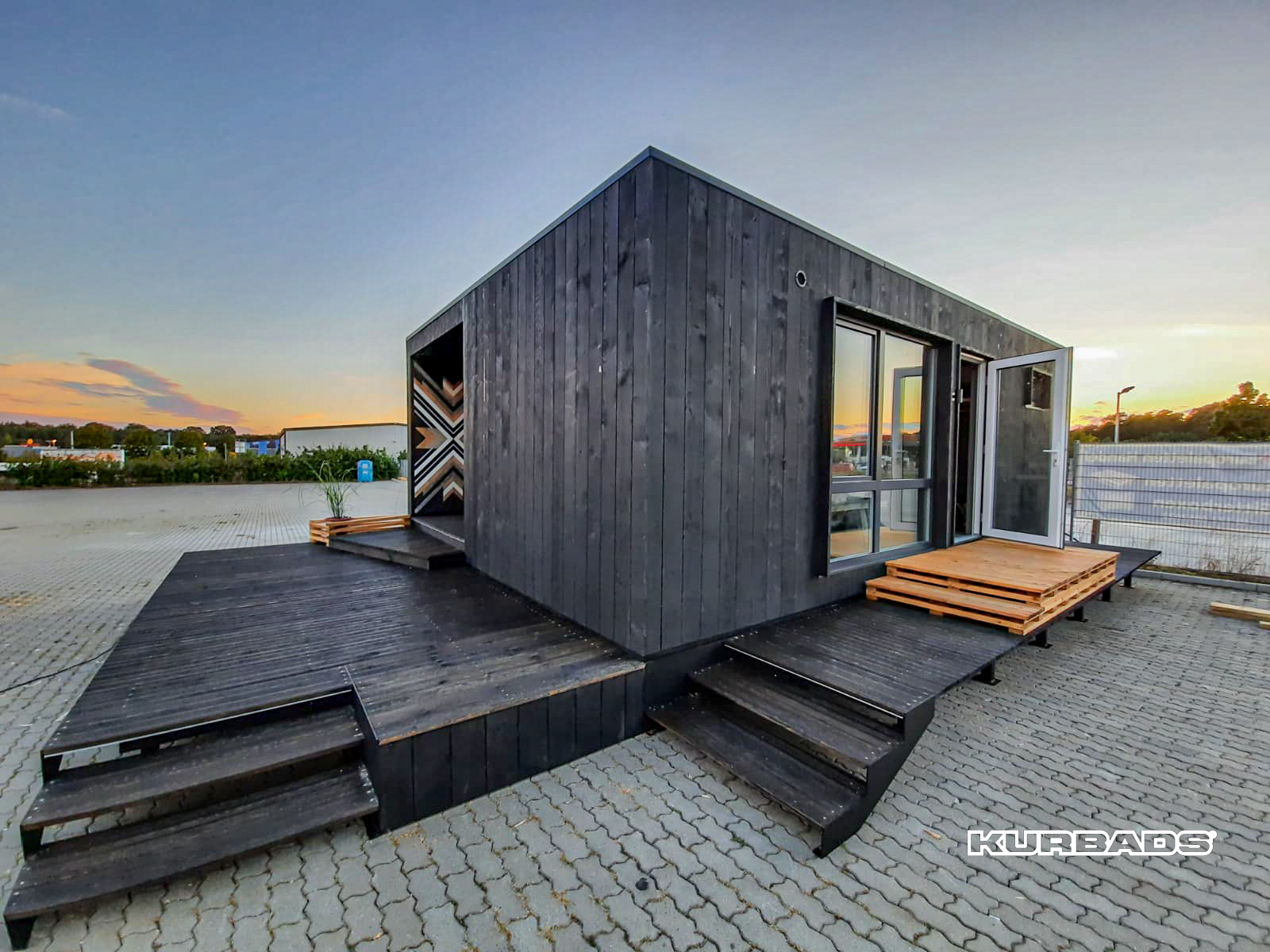 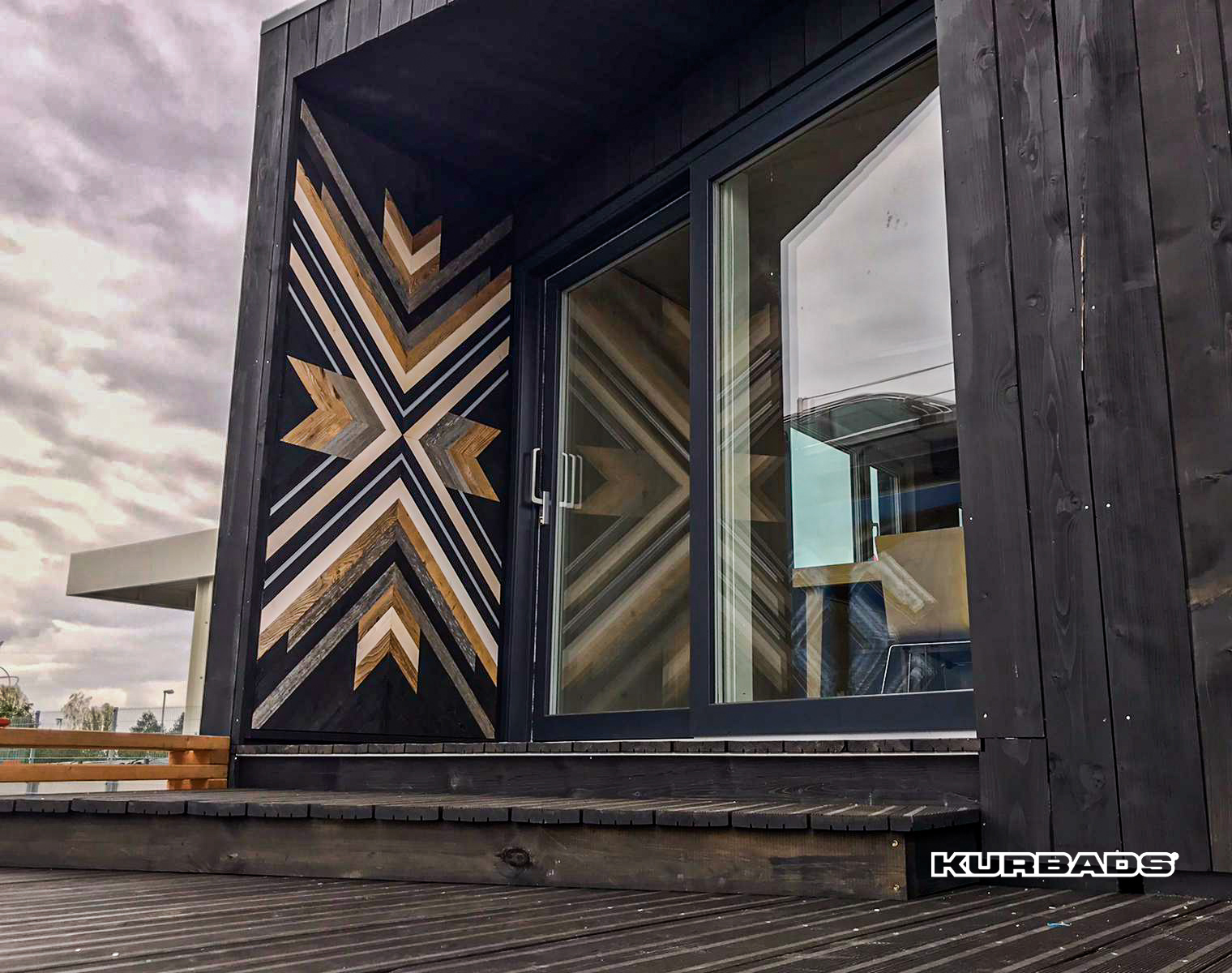 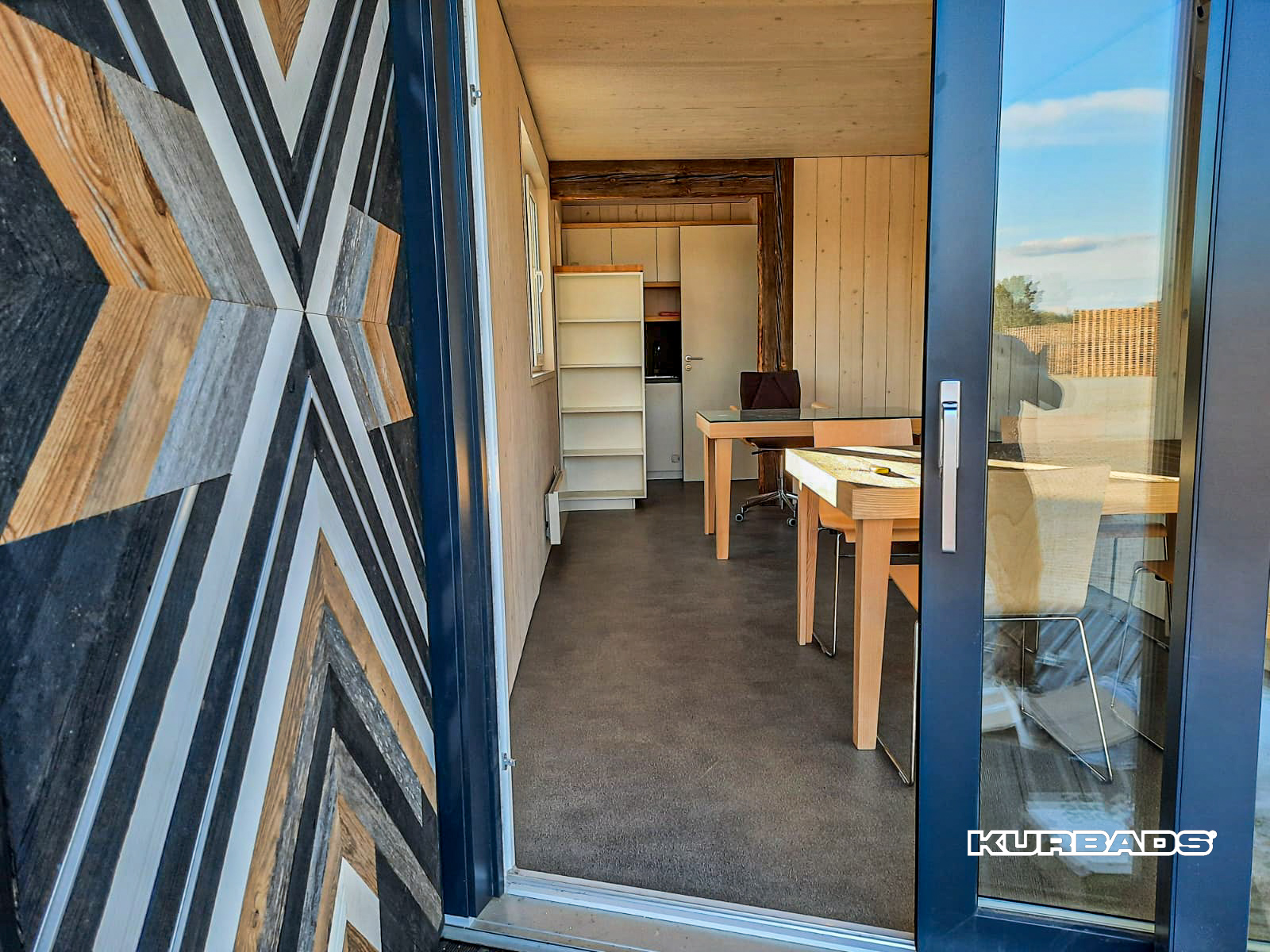 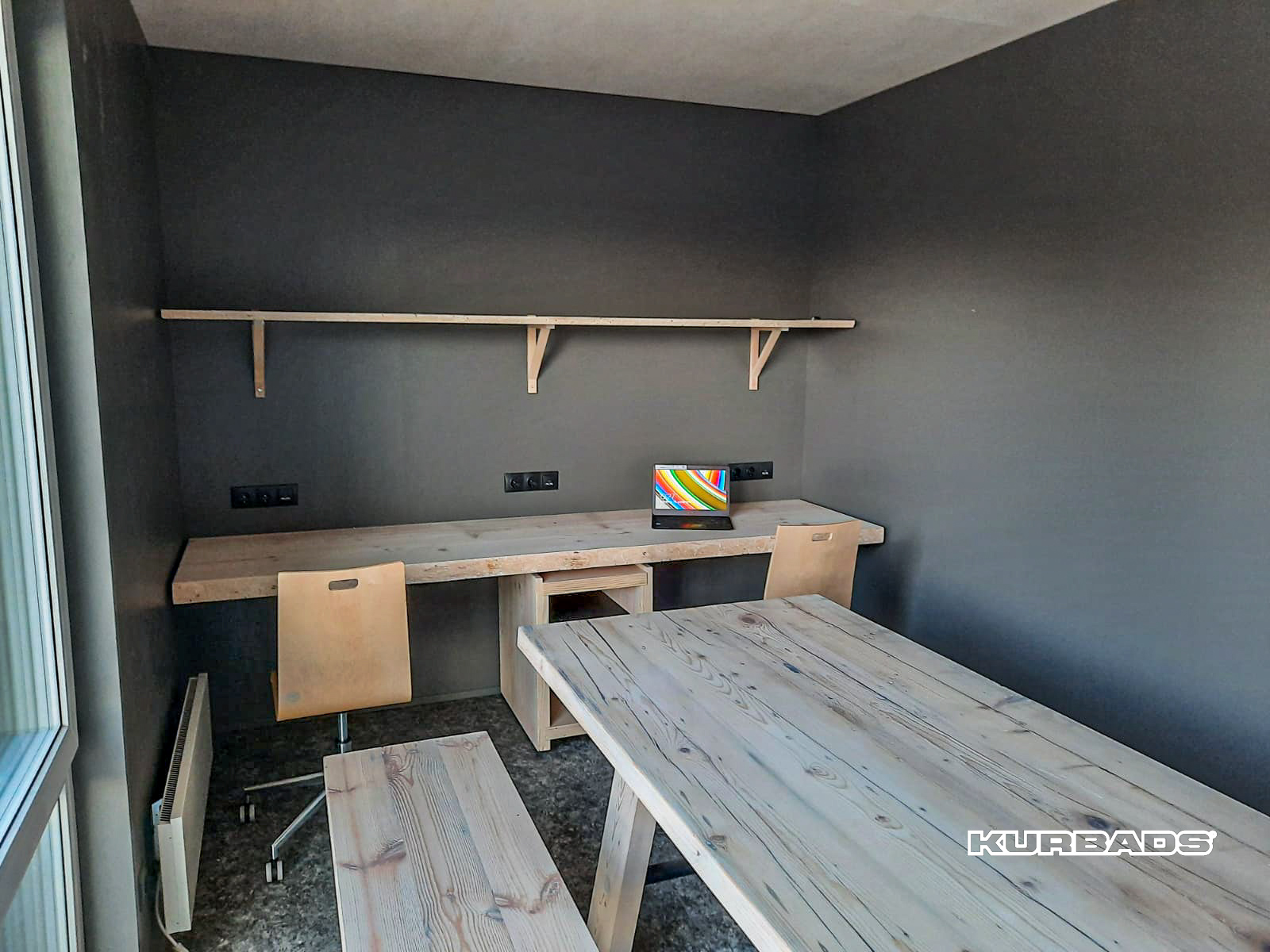 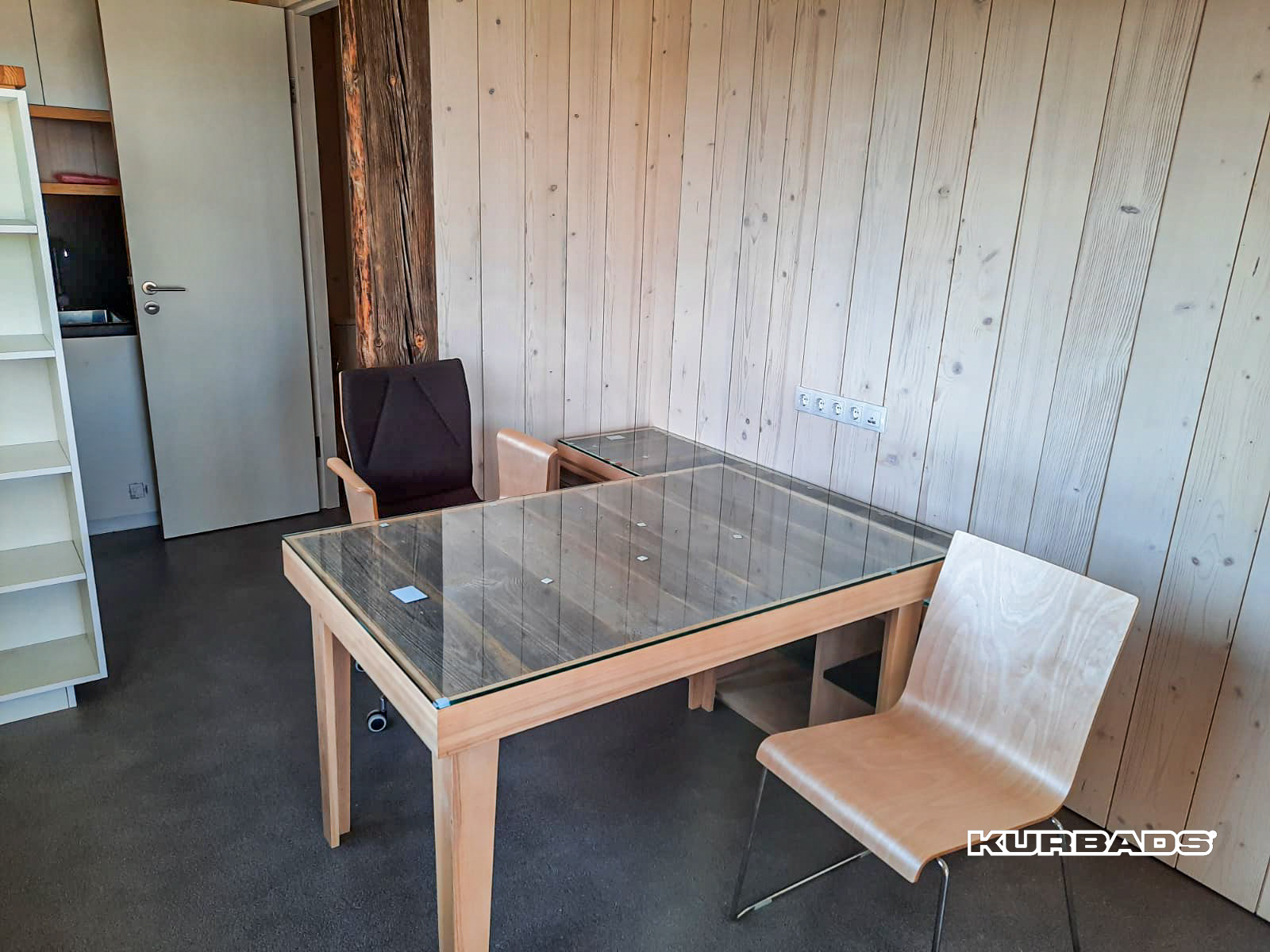 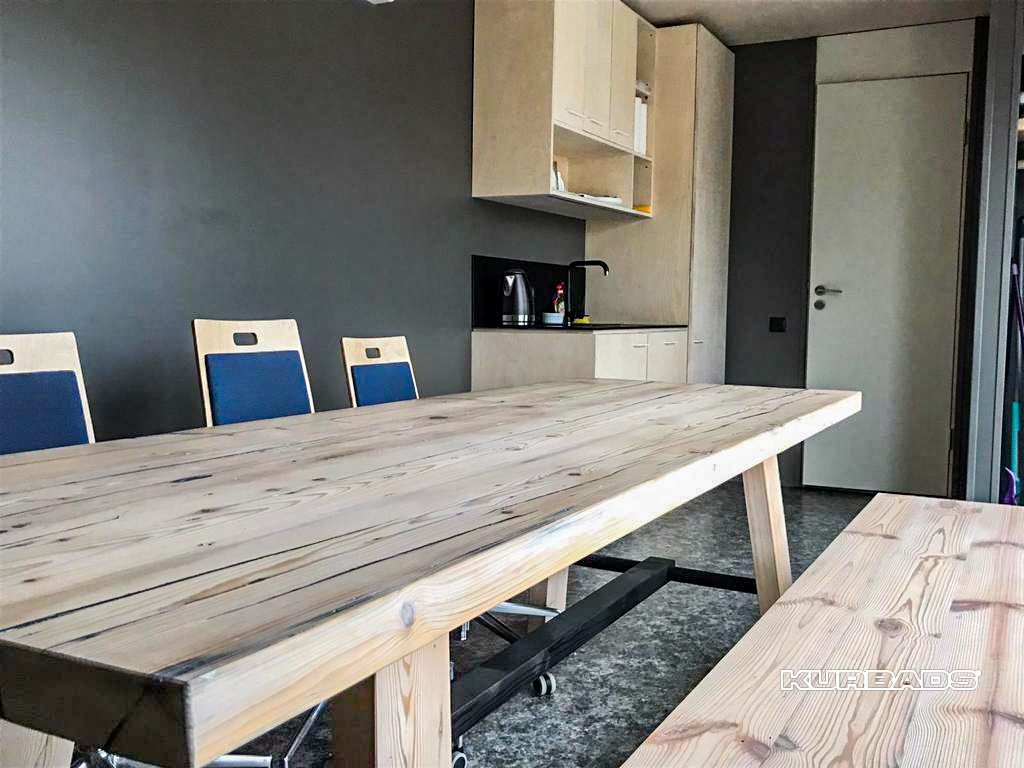 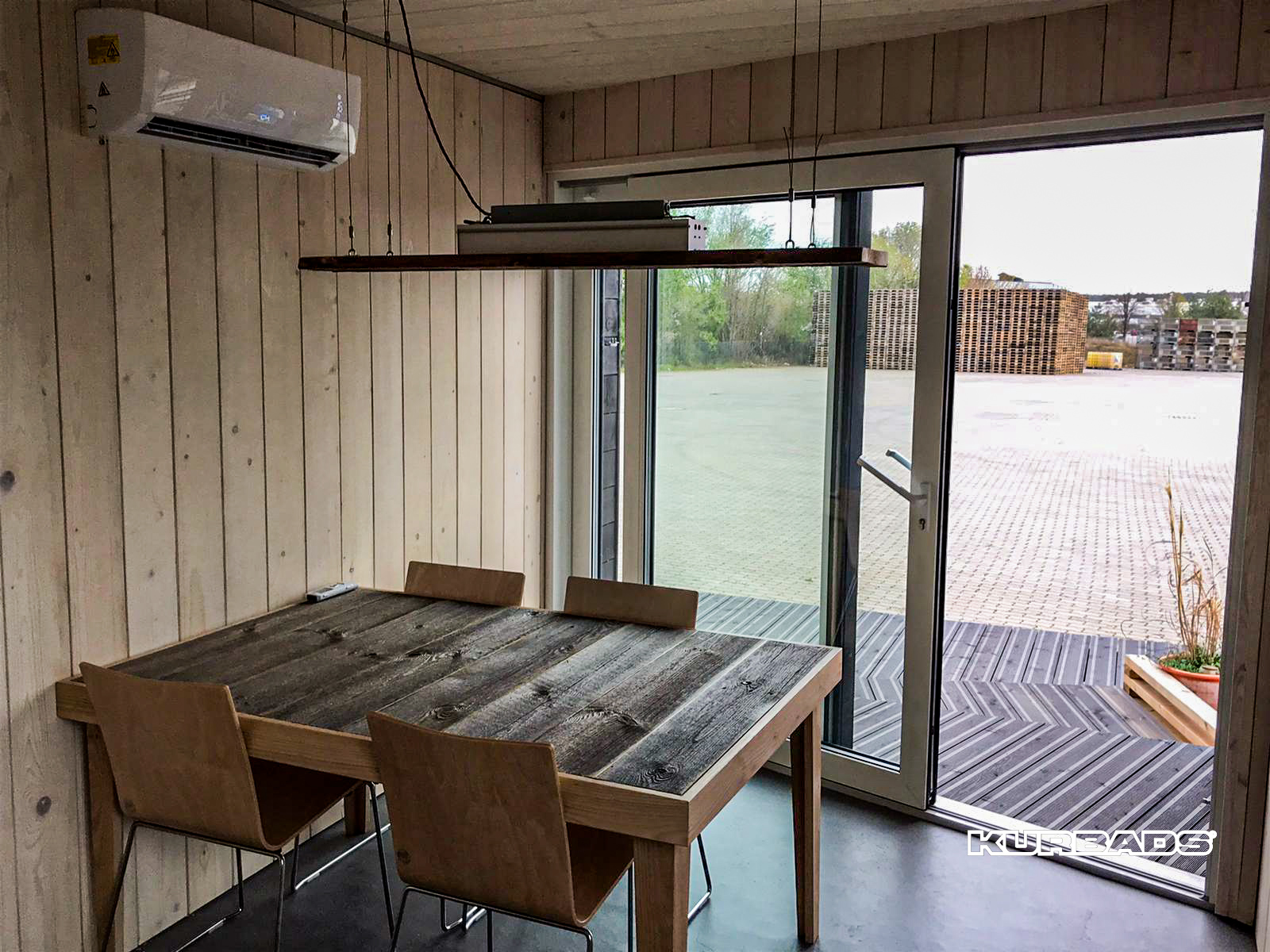 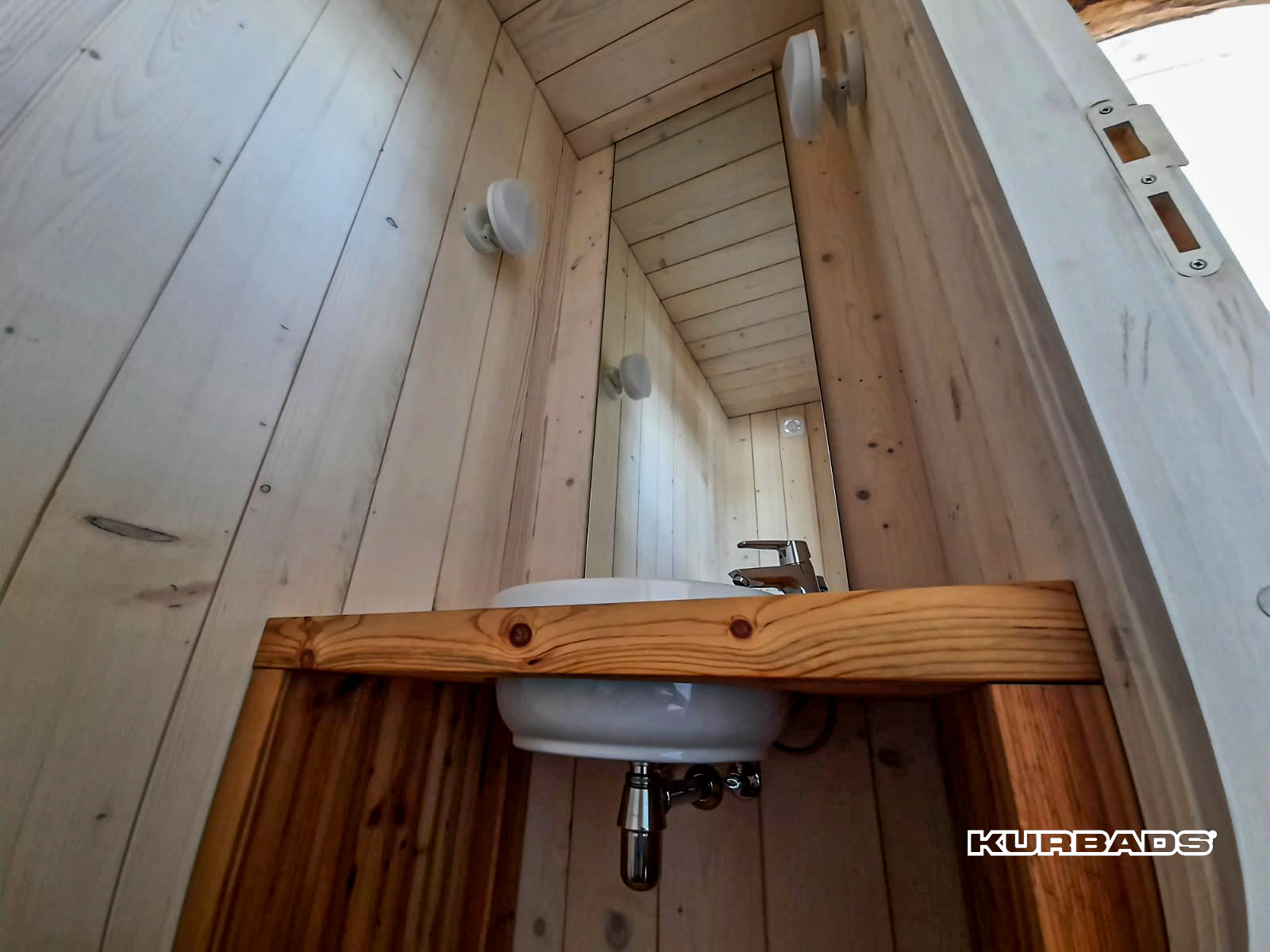 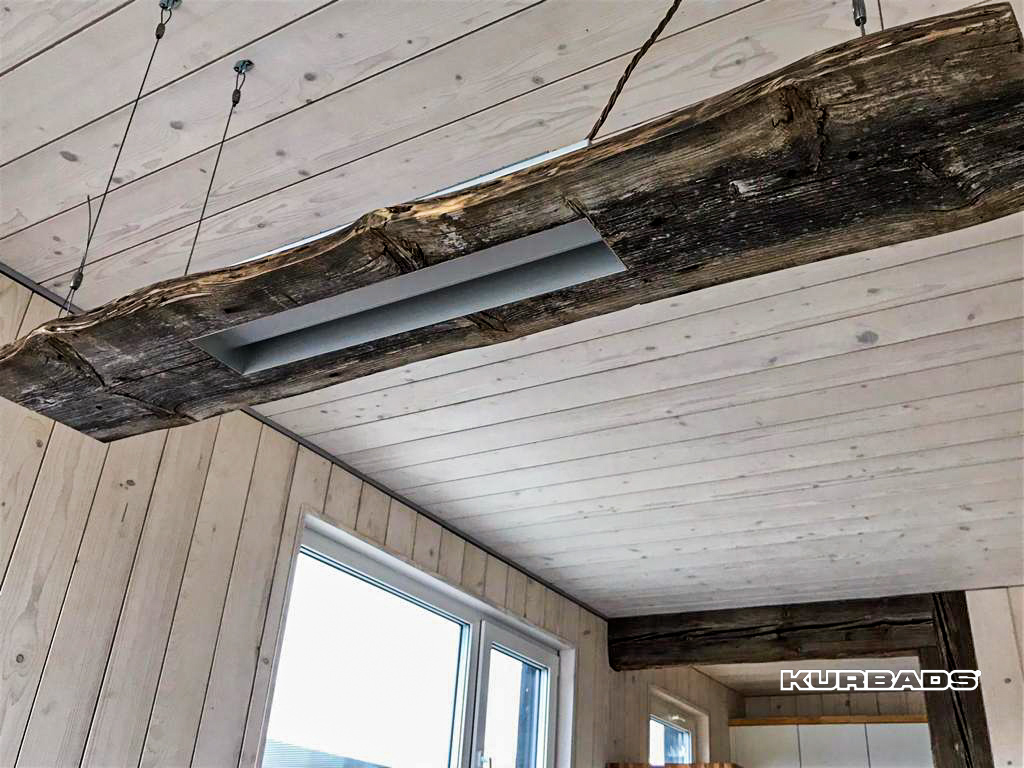 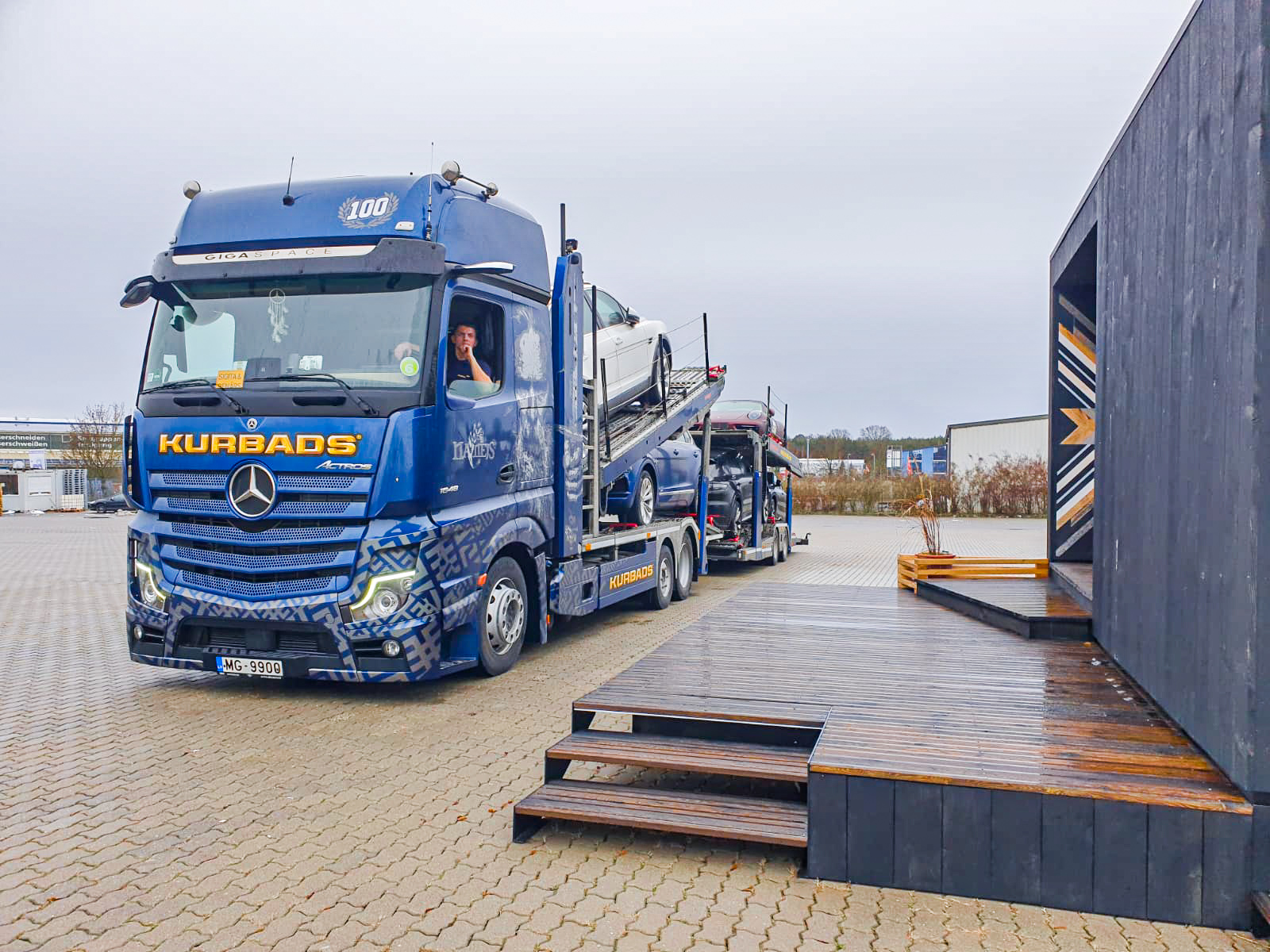