The “Baltic Classic Rally 2017” is a two-week rallying adventure. It’s route goes through eight countries including Latvia, where participants stopped for a break in Riga Motor Museum and city Liepāja.

Vehicle transportation company “Kurbads” had the honor to get involved in the retro rally, transporting a unique and historical Rover “2000” that unfortunately failed to continue the distance. We got in touch with the Great Britain and Ireland team’s driver Julian Reddyhough who told us more about this specific car.

“We bought the Rover three years ago as a second rally car to use on rallies where we thought there was a greater risk of damage. We also have a 1966 Aston Martin “DB6” rally car that we have owned and rallied since 1999. Our Rover was particularly interesting as it has a works history. It was one of four cars built for the 1965 rally season. The other cars no longer survive. Our car was usually driven in period by works driver Logan Morrison and co-driver Johnstone Severe. It’s competed in the 1965 RAC Rally, The Acropolis Rally and in the 1966 Monte Carlo Rally, placing 3rd in class and 17th overall. It’s “Class 1″ works rally car with approximately 115 bhp.”

Julian also told us about the philosophy of the retro rallies and their history: “I have been entering one classic rally a year with my co-driver, Gus Pope, since 1999. Sometimes long ones and sometimes short. “The Baltic Classic Rally” at 2 weeks, discounting travel time, counts as a longer rally. The idea is to combine friendly competition testing navigation and driving skills, the reliability of our cars (or unreliability in our case) with the opportunity to drive unfamiliar roads and circuits around the world.

The start of the retro rally was in Copenhagen but the checkered flag was given in Berlin on June 10. 67 participants took part in the historic event. Spectators had an opportunity to see some really rare vehicles from 1920s, early Bentley and Ford sports cars, and numerous other racing cars from different eras. 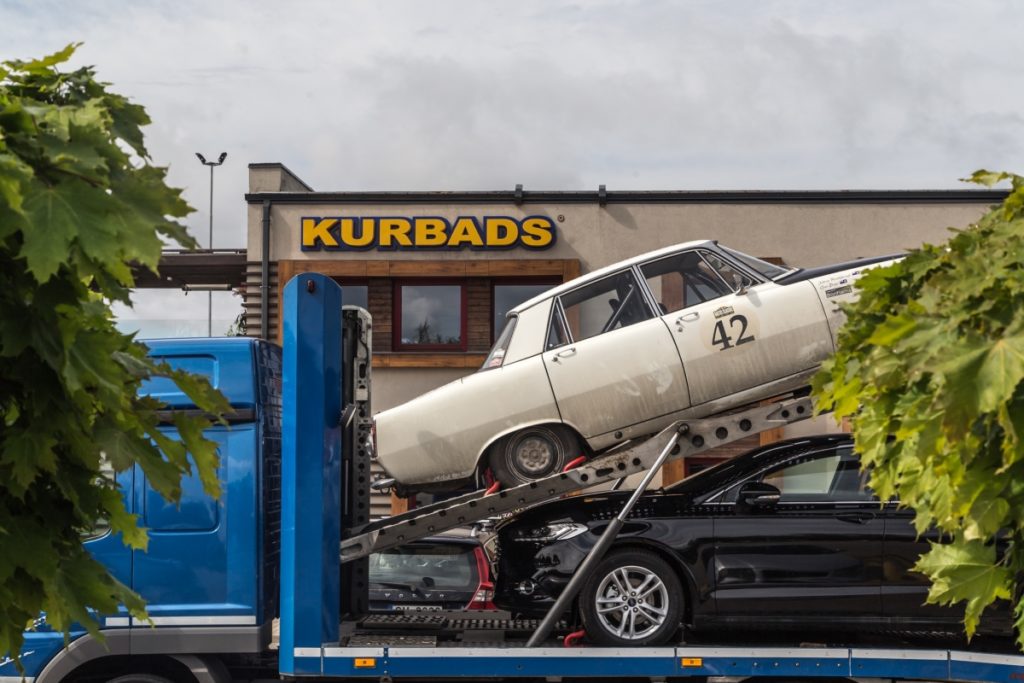