“G-Force Motorsport” team is based in Saint Petersburg and is building rally-raid racing vehicles by themselves. “G-Force” prototype car confirms to T-1 class regulations and has absolutely no problems to cross deep desert sands, Siberian snow heaps or rivers. The key principle of the car – it is built around a work place of the crew for maximum driving comfort. It is also relatively easy to repair the car on the track in field conditions.

The top speed of “G-Force” prototype is more than 200 km/h and it accelerates from 0-100 km/h in five seconds. 8,4 litre engine produces more than 400 BHP and 900 Nm torque. Great engine characteristics to manage any off-road challenges. Especially for long race distances because of the 550 litre fuel tank.

“G-Force” is one of the few teams that can challenge factory teams on the World’s Cross Country racing stage. It has achieved multiple victories in “Baja Rally Raid” World Cup events. Boris Gadagin, leading pilot of the team, is an eight times Russian champion and multiple winner of international rally-raid events. 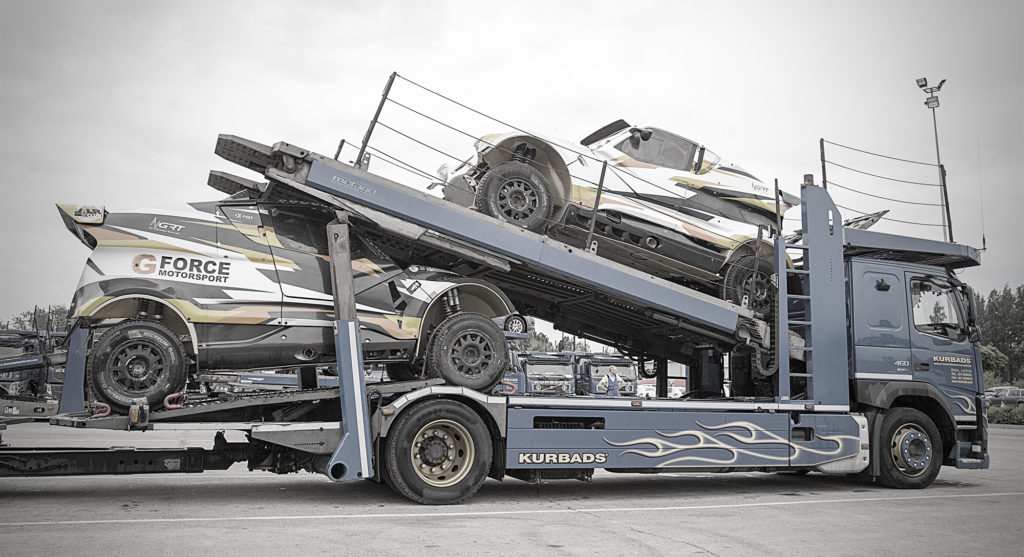