Vehicle transporting company “Kurbads” transported Russian racing team “G-Force Motorsport” vehicles to Le Havre port to secure their road to “Dakar 2015” rally raid competition and then, after the race, cars were brought back from the port.

In November of 2014 racing cars and technical vehicles were mounted on “Kurbads” car carriers and taken to Le Havre port in France, where cars were shipped to Argentina. After successful race in February 2015 vehicles were once again on “Kurbads” trucks.

“Kurbads” has a lot of experience regarding transporting of specialized racing cars.

“G-Force Motorsport” team took part in the competition with two custom made racing cars “Proto New Line” driven by racers from Russia and Turkmenistan. Crew with number plate 386 succeeded to finish the tough race in South America. This is a considerable achievement, because only 68 teams out of 137 crossed the finish line

Dakar rally raid is considered as the most prestigious off-road race. From 1979 to 2009 the race was in Africa, but due to safety reasons organizers from 2009 switched the race to South America. This year race distance crossed Argentina, Chile and Bolivia. 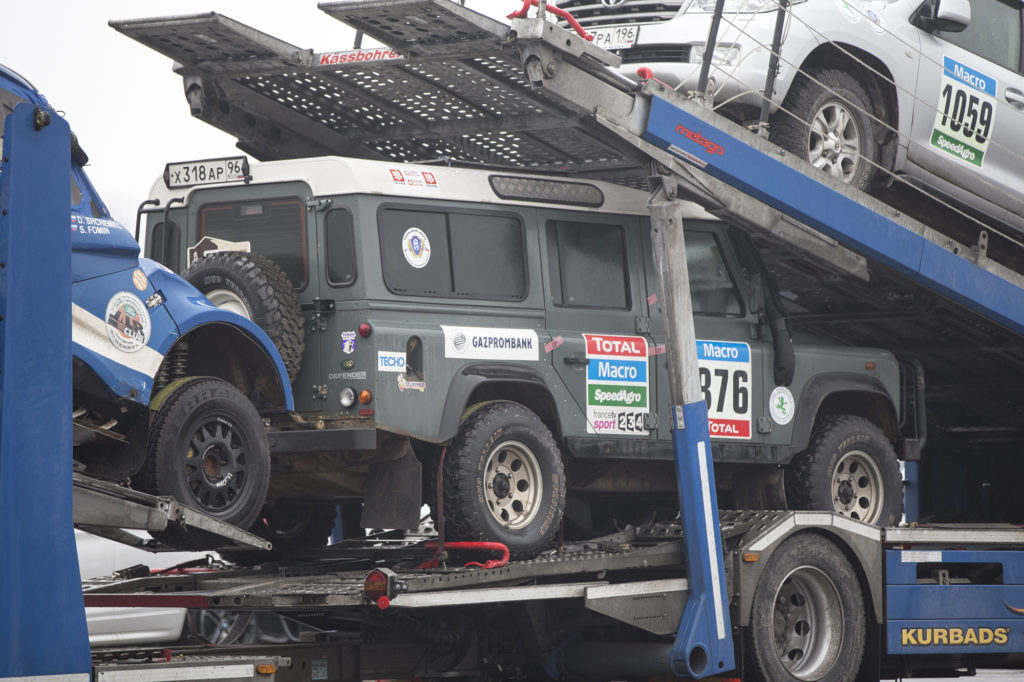