Latvian transport company “Kurbads” has made a special video greeting on Lāčplēsis day to honour fighters of our nation’s freedom. The video shows the transportation process a year ago when Latvian armed forces (NAF) equipment was delivered to Sweden for military training.

Didzis Veidenbaums, Commander major of the NAF Transfer Coordination Center says: “Kurbads did a great job- the company has an extensive experience in transportation of different vehicles. That is why the transportation of our military equipment was done according to the highest quality standards.”

Three “Kurbads” vehicle carriers were used to transport NAF military vehicles. Significant fact – one of those transport vehicles has a portrait of commander Oskars Kalpaks, Latvian national hero. Nearly century ago Oskars Kalpaks led Latvian soldiers in the battle for freedom. Now his spirit continues to live on, guarding the nation and carrying Latvia’s military vehicles.

“We don’t have so many heroes in Latvian history. We have some folk tale warriors but we lack real personalities. That is why we are proud of Oskars Kalpaks achievements and help in securing the birth of the state of Latvia. On the highways of Europe we carry the name of the Latvian nation’s hero outside the borders of our state,” Mārtiņš Eglītis, “Kurbads” member of the board, explains why the portrait was painted on “Kurbads” car carrier.

Latvia’s folkmetal band “Skyforger” was honored to be a part of the video with their song “Zviegtin’ zviedza kara zirgi”.

The vehicle transport and logistics company “Kurbads” was founded in 1995 and this year is celebrating its 20 years on the road. Latvian establishment has 39 car carriers with routes to Europe and other regions of the World. 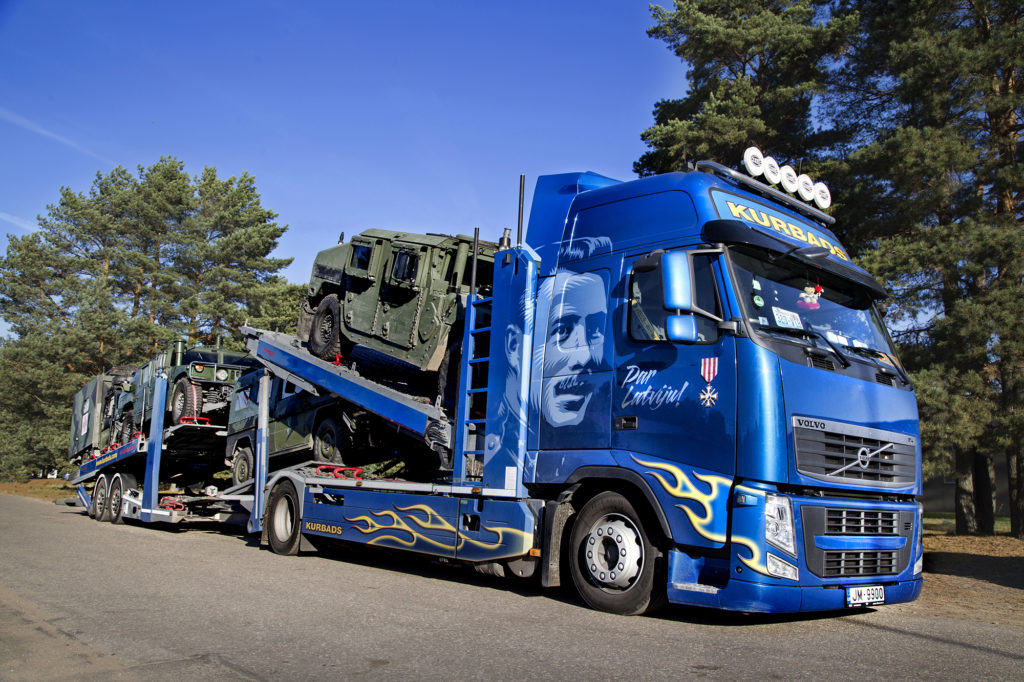