Vehicle transport and logistics company “Kurbads” has an extensive experience in transporting various vehicles. Some time ago the equipment of Latvian armed forces was transported but this time “Kurbads” had the opportunity to transport Pinzgauer, the high-mobility all-terrain military utility vehicle that was very popular in many countries across the globe.

The Pinzgauer military vehicle was originally developed in the 1971 and manufactured by “Steyr-Daimler-Puch” establishment in Austria. The vehicle is named after the Pinzgauer, an Austrian breed of horse. At the beginning of the new millennium the production was cancelled because during the Afghanistan war, the military forces discovered that the Pinzgauer was too vulnerable to mines.

Pinzgauer is renowned worldwide as one of the best all-terrain military vehicles ever made thanks to its capability to perform flawlessly in different terrains and conditions – 45° approach and departure angles, 700 millimeters fording depth, full engine power is available at 4 km/h. The smaller 4×4 edition could transport eight passengers, the bigger 6×6 could transport 12 passengers. 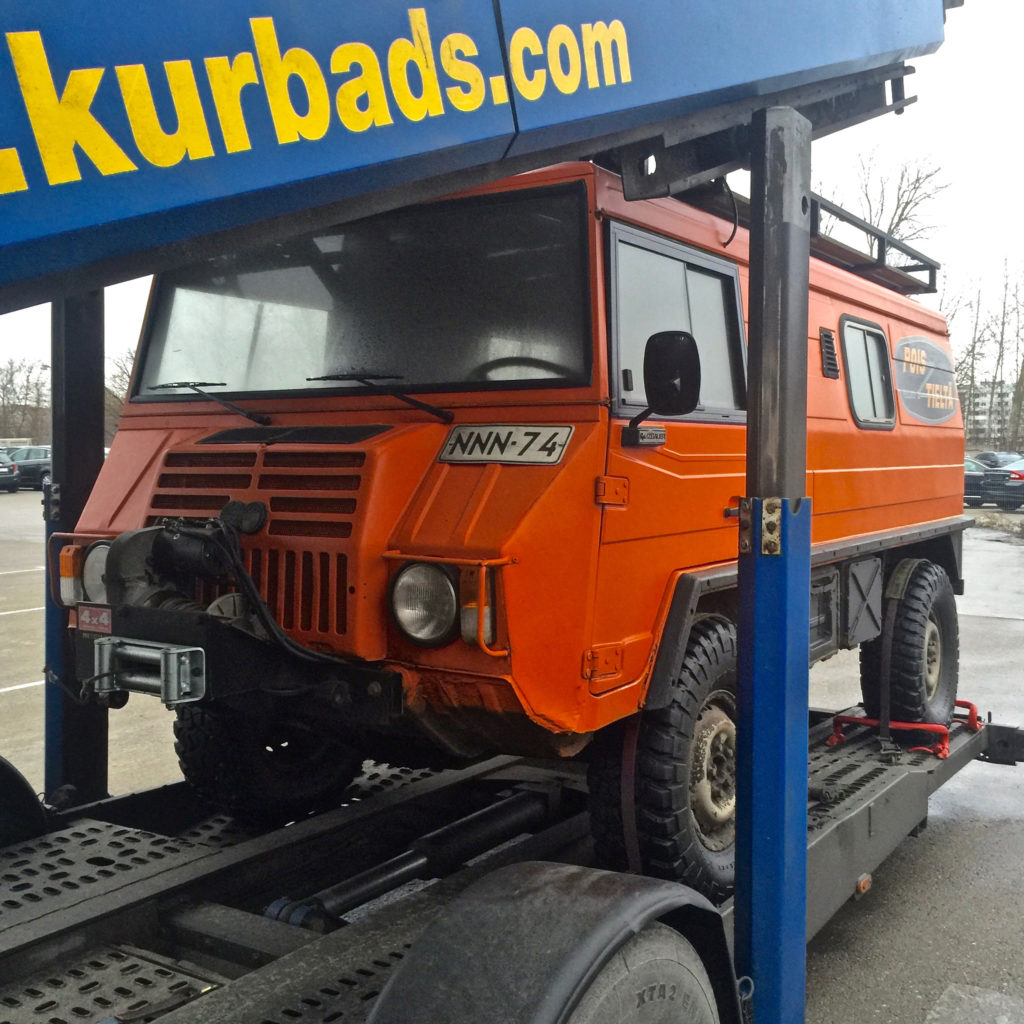