In collaboration with Normunds Avotiņš, Kurbads continues its series on exclusive, collection sports and vintage cars. This time Kurbads transported Opel Commodore. Initially, this car travelled from Sweden to Estonia, where it arrived in the hands of a restorer, who took care of the car, restoring its engine, transmission, and mechanical parts. After the restoration, we transported the car to its new owner, taking it all the way to the Netherlands.

A muscle car from Opel? Sounds like a red herring dipped in honey. Yet the familiar German auto maker wasn’t always as conservative as we’ve been accustomed to. During the 60s and 70s, Adam Opel AG experienced its Golden Age. In 1962, the production of a completely new model of Kadett began in the newly built factory in Bohum. Along with the brand’s home in Rüsselsheim, for years it symbolised Opel’s industrial ambitions, at one point manufacturing half a million Kadetts per year. Unfortunately, the legendary production plant, which once employed 20,000 people, was closed in 2014.

The Scent of Succes

The “big three” of the Opel models of the time were Kapitän, Admiral and Diplomat, also known as KAD. They were respectable, pretty, powerful and profit-making cars. Their design and setting was undoubtedly influenced by the American trend (after all, Opel was the property of General Motors). The more expensive Diplomat even had a V8 engine. Opel was arguably the second-largest German auto maker after Volkswagen.

As they were riding the wave of success, Adam Opel AG’s chief engineer and technical director, Hans Mersheimer created Opel Rekord Series C, a conventional spacious sedan whose appearance was deeply affected by Ford Mustang and Chevrolet Corvette – the American muscle cars of the 60s. At the same time, the car had a modern suspension structure, extensive improvements in passive safety systems and reinforced bodywork. Rekord Series C became the most successful model in Opel’s history, producing 1.2 million cars by 1972. 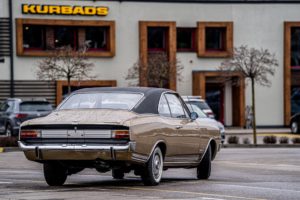 Six-cylinders in a Commodore

So what does all this have to do with the Commodore? It emerged, because Opel’s management had ambitions and yearnings for profit, so they decided to offer their buyers a more expensive and seemingly prestigious car with the same technology. Rekord Series C had a two-door version of Coupe available since 1967, including a 2.2-liter row six-cylinder engine. However, the six-cylinder “record” sales never amounted to much, so it was decided to split the most powerful modifications from the underlying model and give them a new name. That’s how Opel Commodore came about in February 1967. 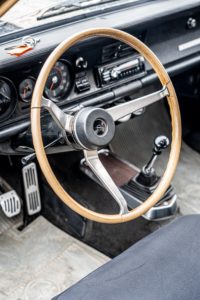 The “oberklasse” model’s only distinction was essentially its engine, since the base model of the Rekord Series C had only four cylinders as of the summer of 1968. The Commodore was produced both as a sedan (with either two or four doors) and as a coupe. They even tried to develop a top-class universal prototype Voyage, however they never succeeded past the conceptual phase. Amongst enthusiasts, the Commodore A and its progeny are mostly associated with Gran Turismo and a muscle-car mix according to German tastes, and of course the fastback coupe in the bodywork. 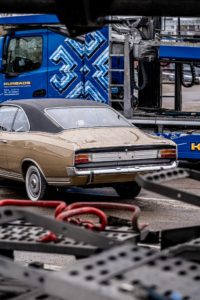 The vehicle transported by Kurbads is the standard Opel Commodore A Coupe model with a “2.5 S” – a 2.5-liter six-cylinder engine and a moderate 115-120 horsepower capacity. Its vinyl roof and black superstructure decor supposedly point to a “high-capacity” version GS, yet there is no evidence that the engine has two, rather than one carburettor, thus also more power. Opel left this to Commodore A “2.5”.

All in all, this car has had three owners. The restorer of vintage cars purchased it in Sweden, and restored the original parts of the engine, transmission and most mechanical parts. Interestingly, sedans and coupes were released in roughly the same numbers, around 70,000 each, however, the rarest one is the Commodore two-door sedan.

Kurbads has transported the fully restored car to the Netherlands. 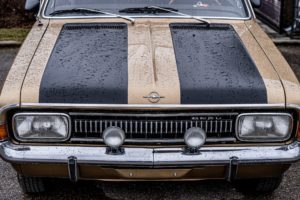 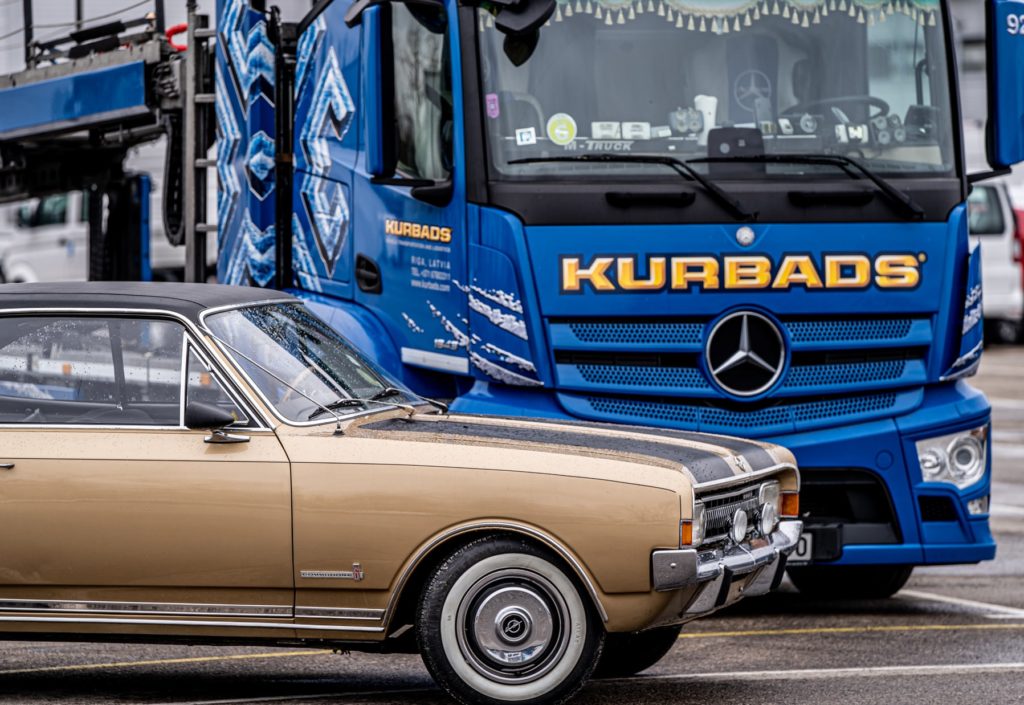 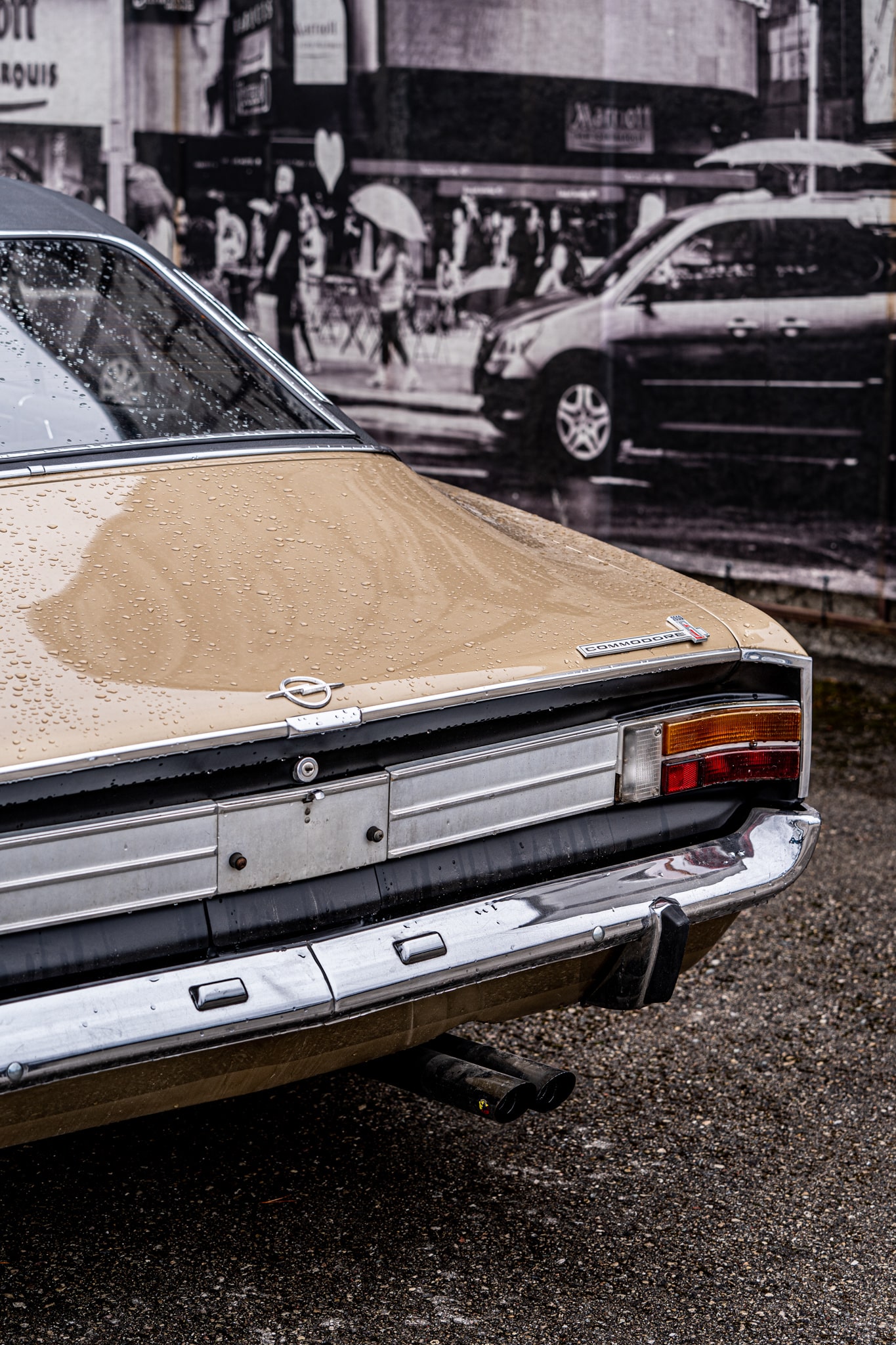 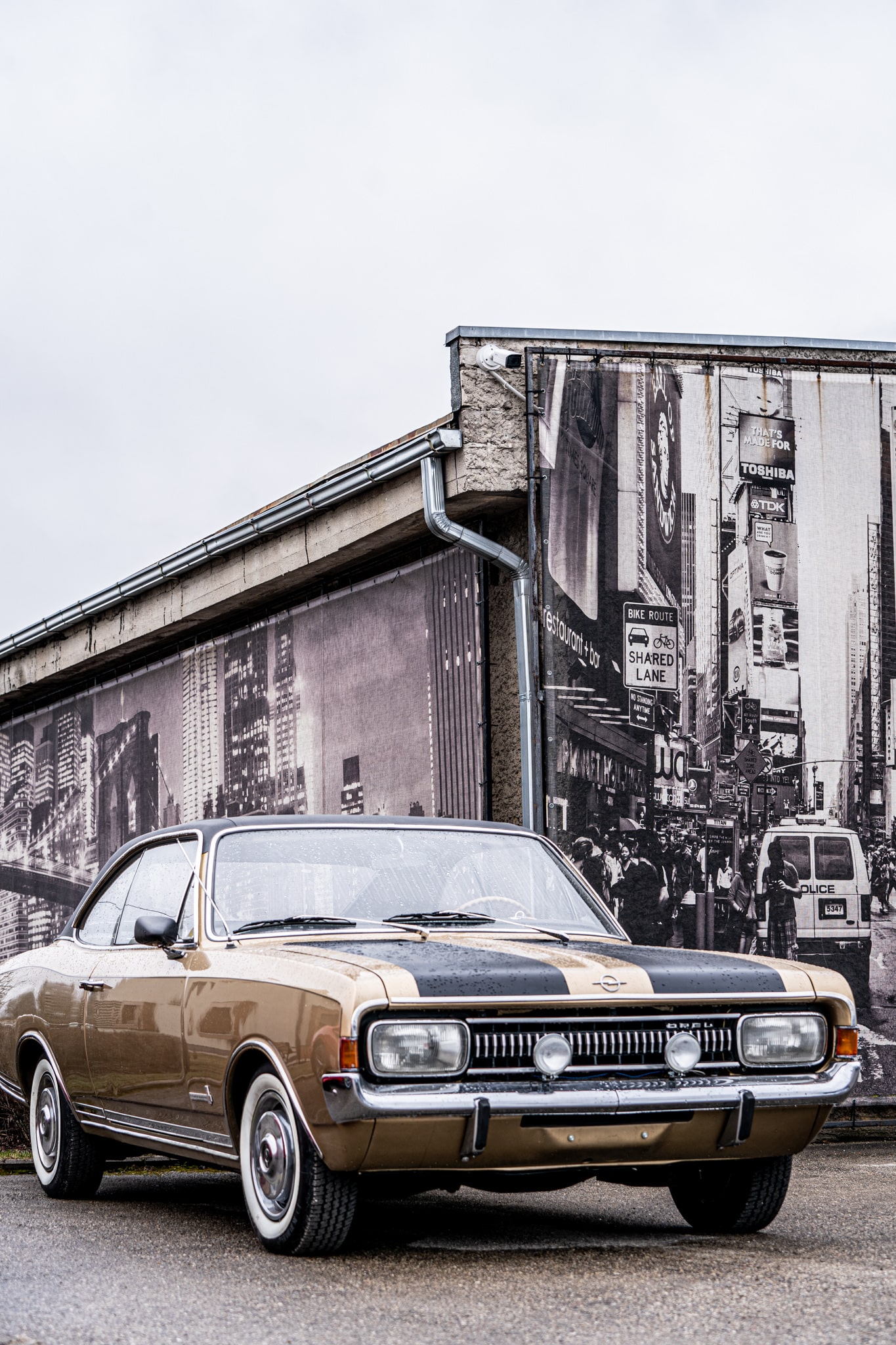 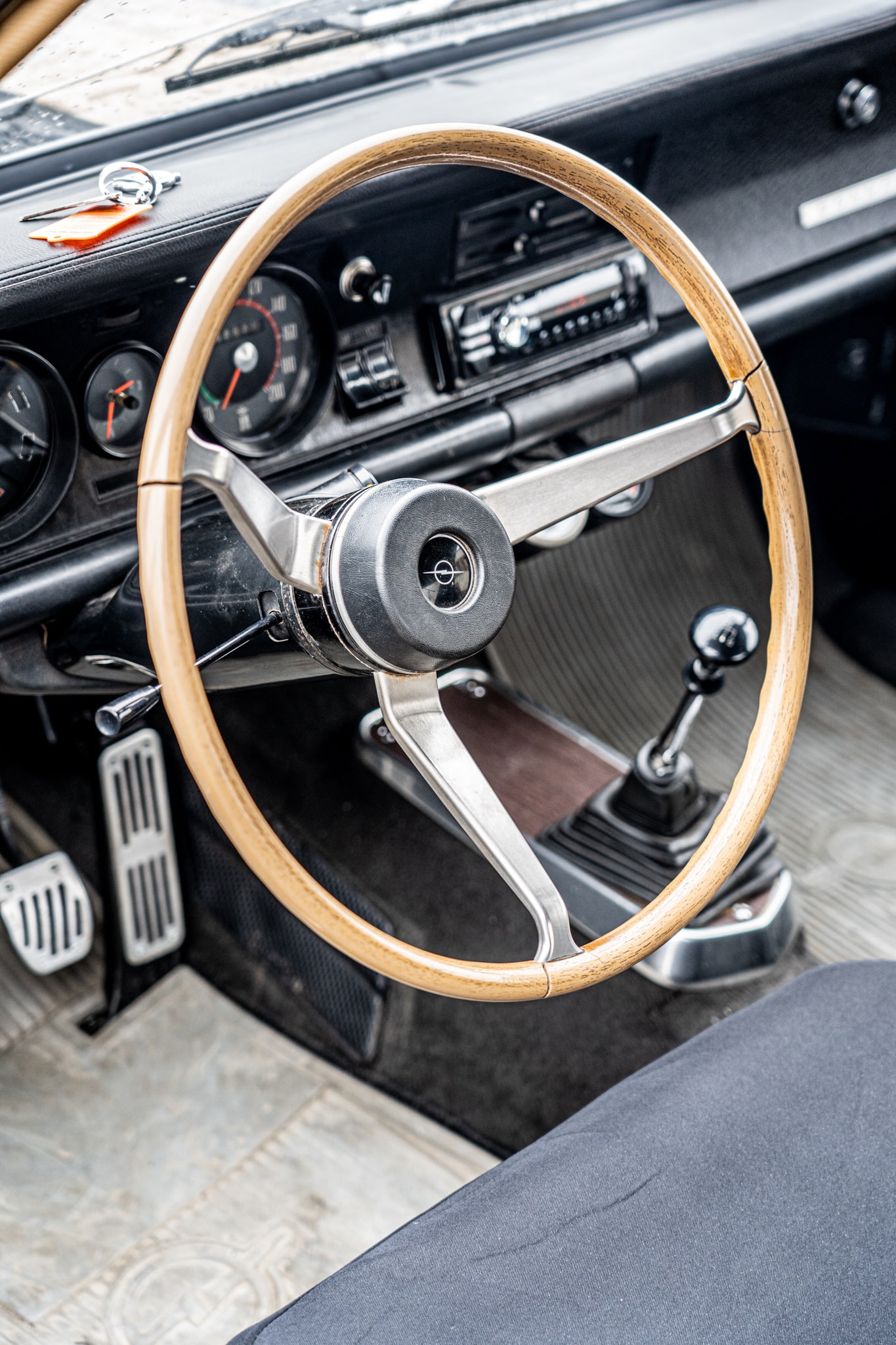 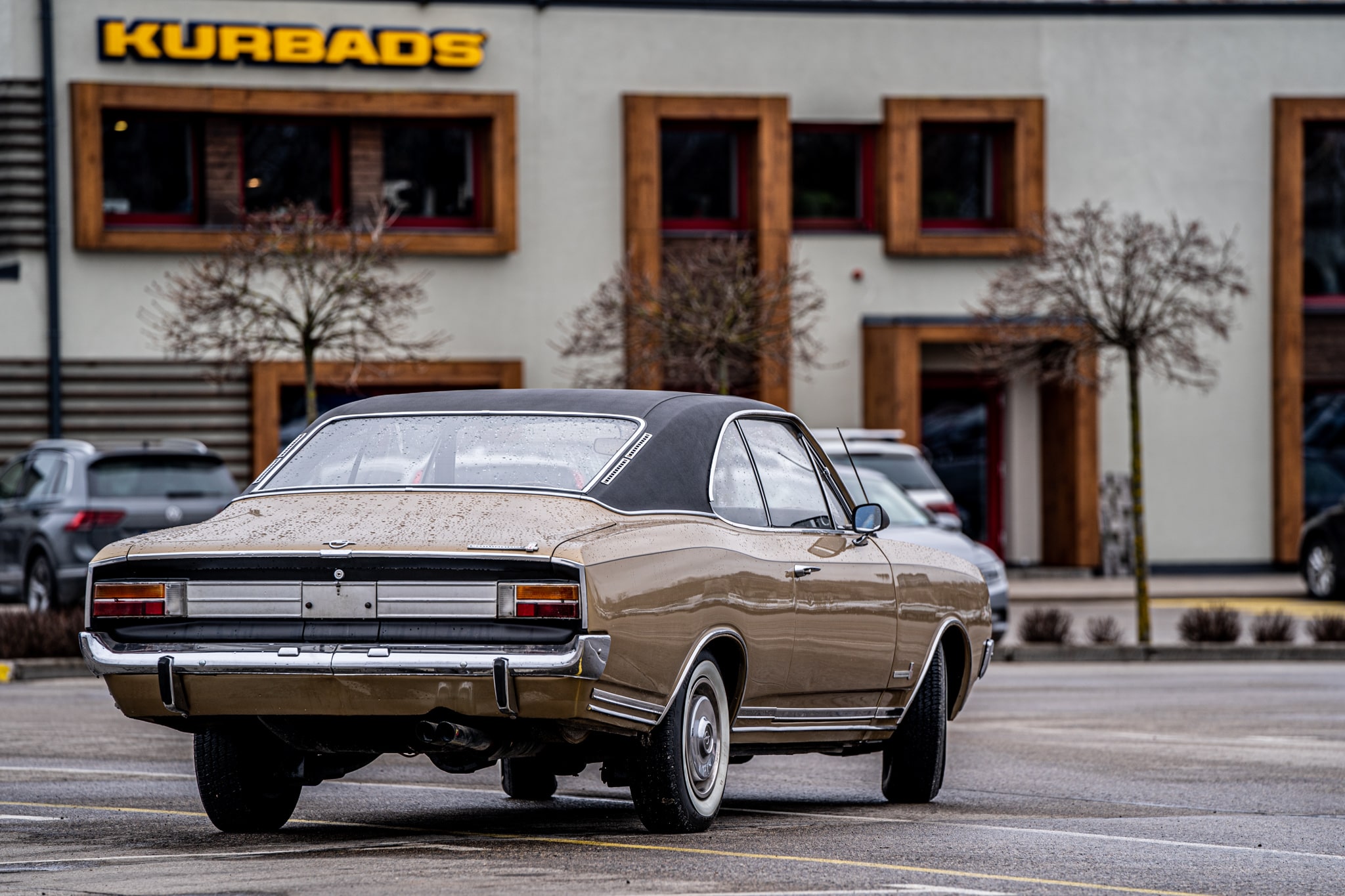 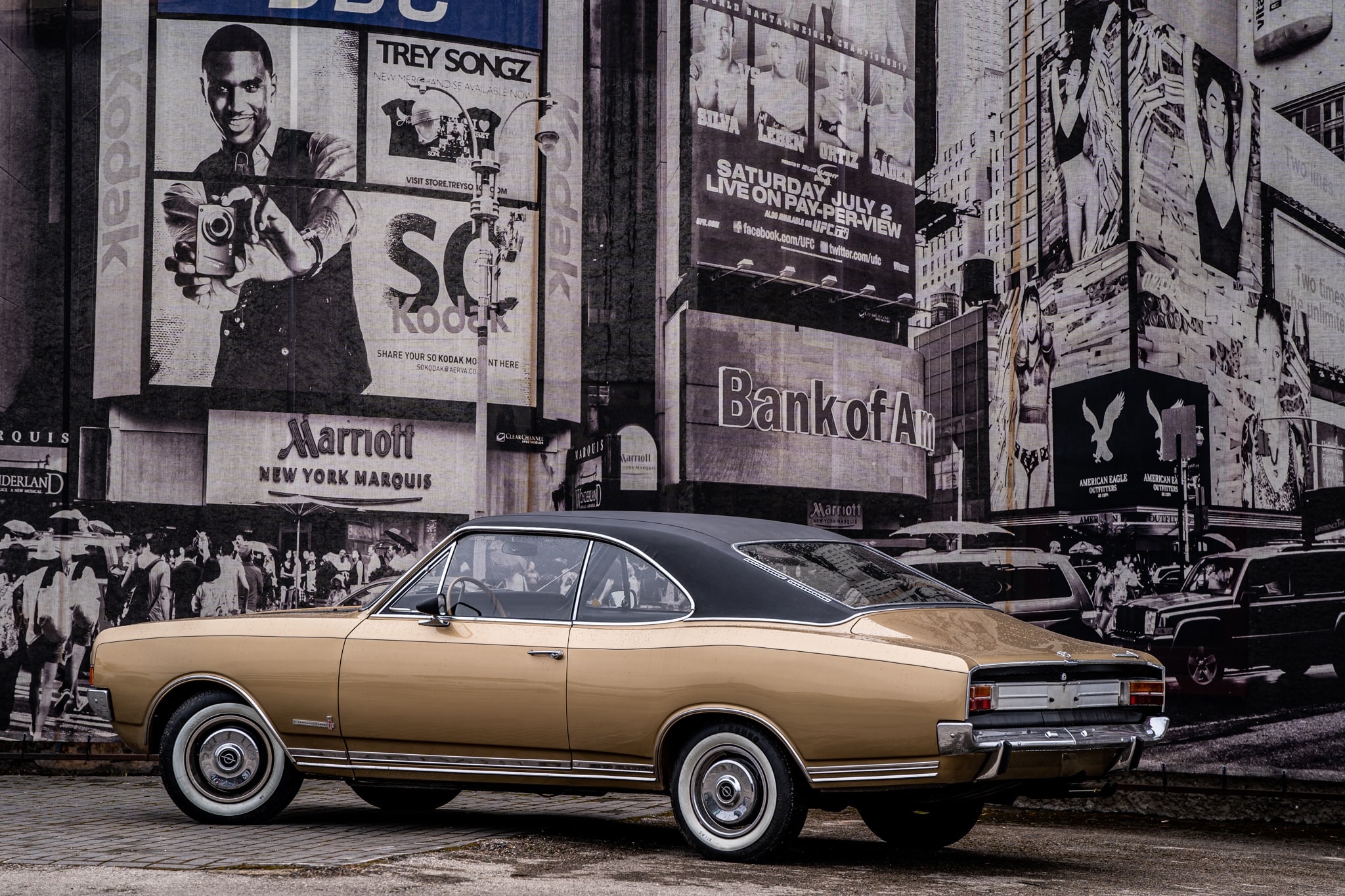 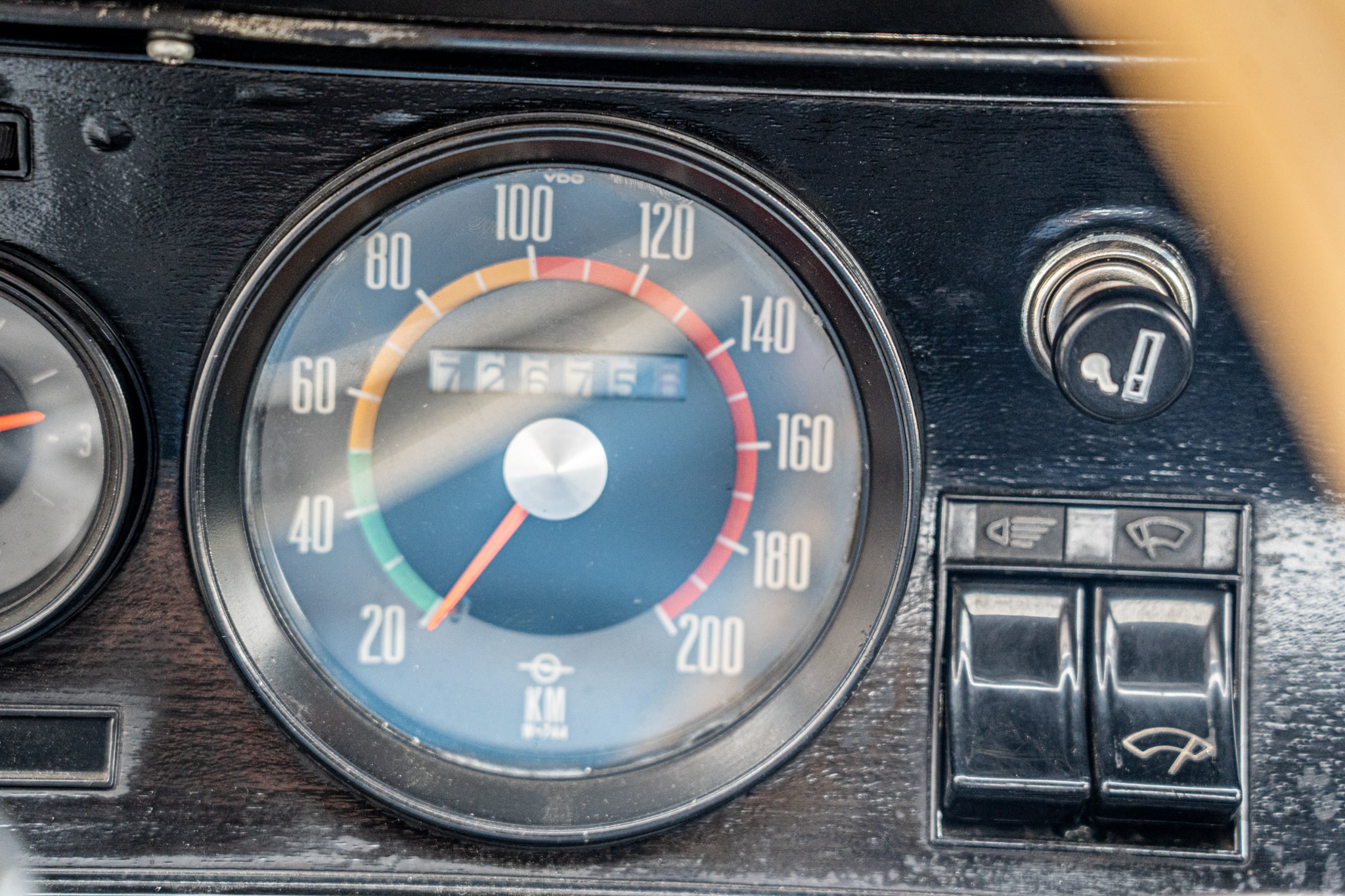 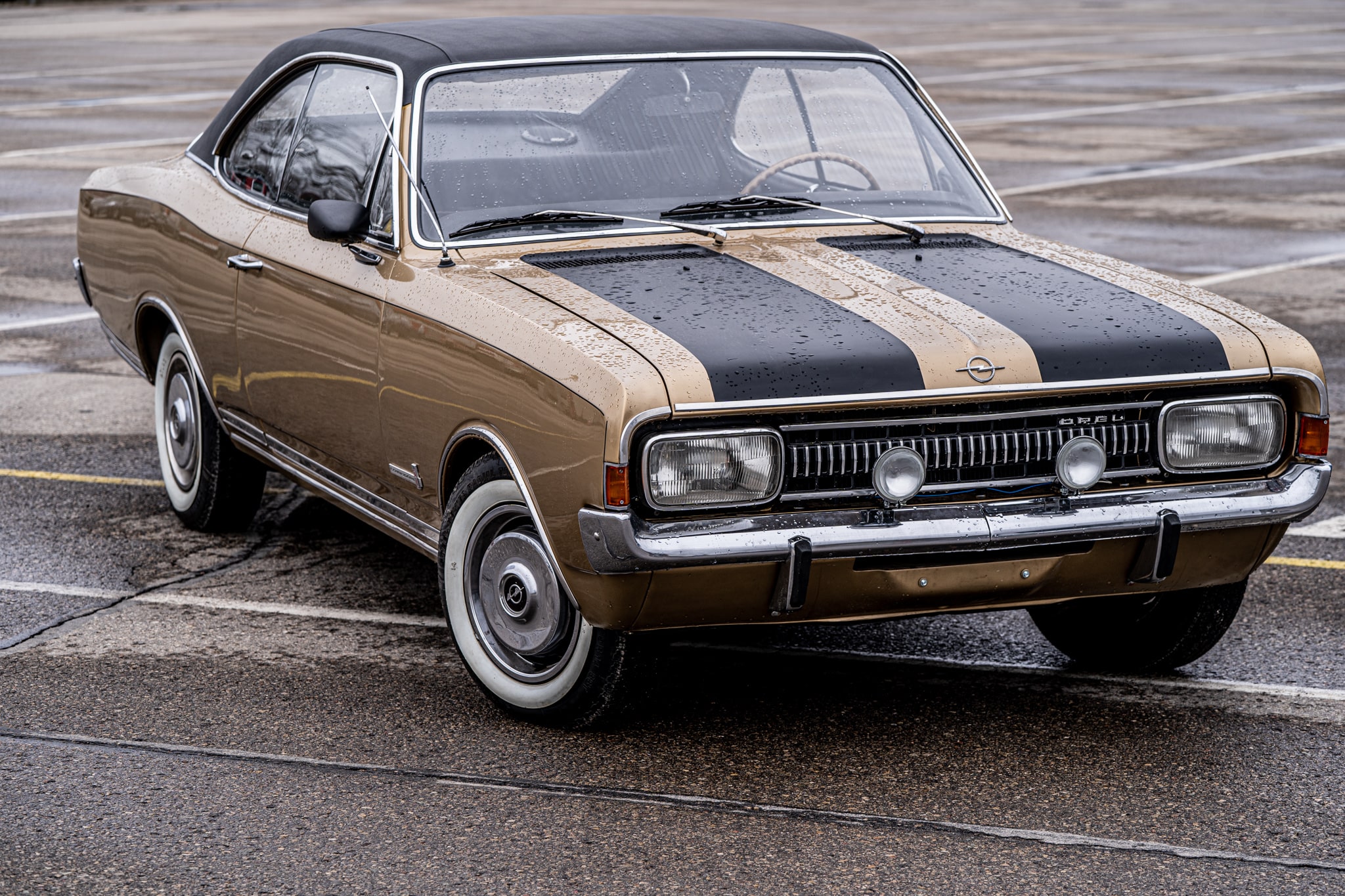 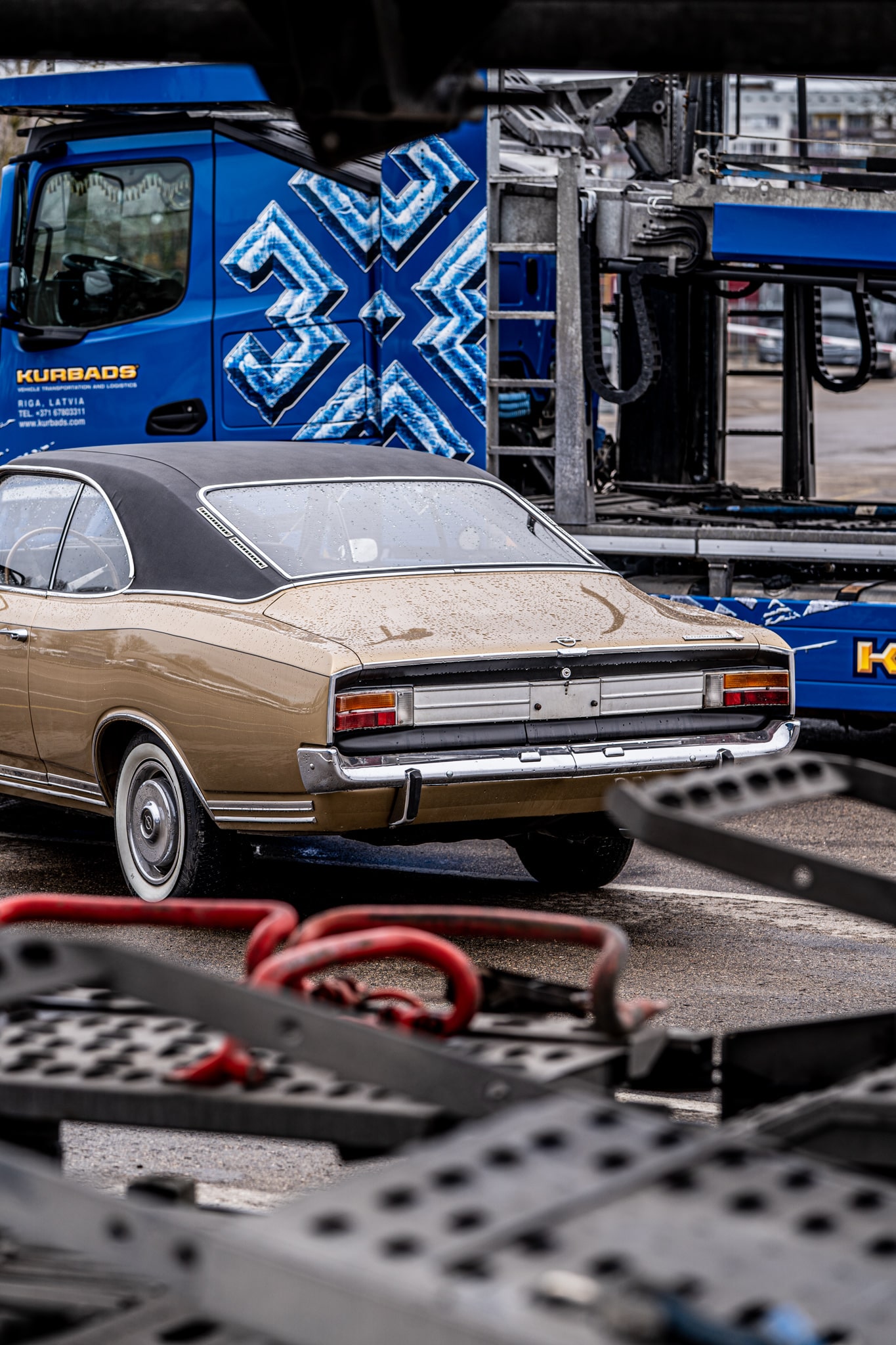 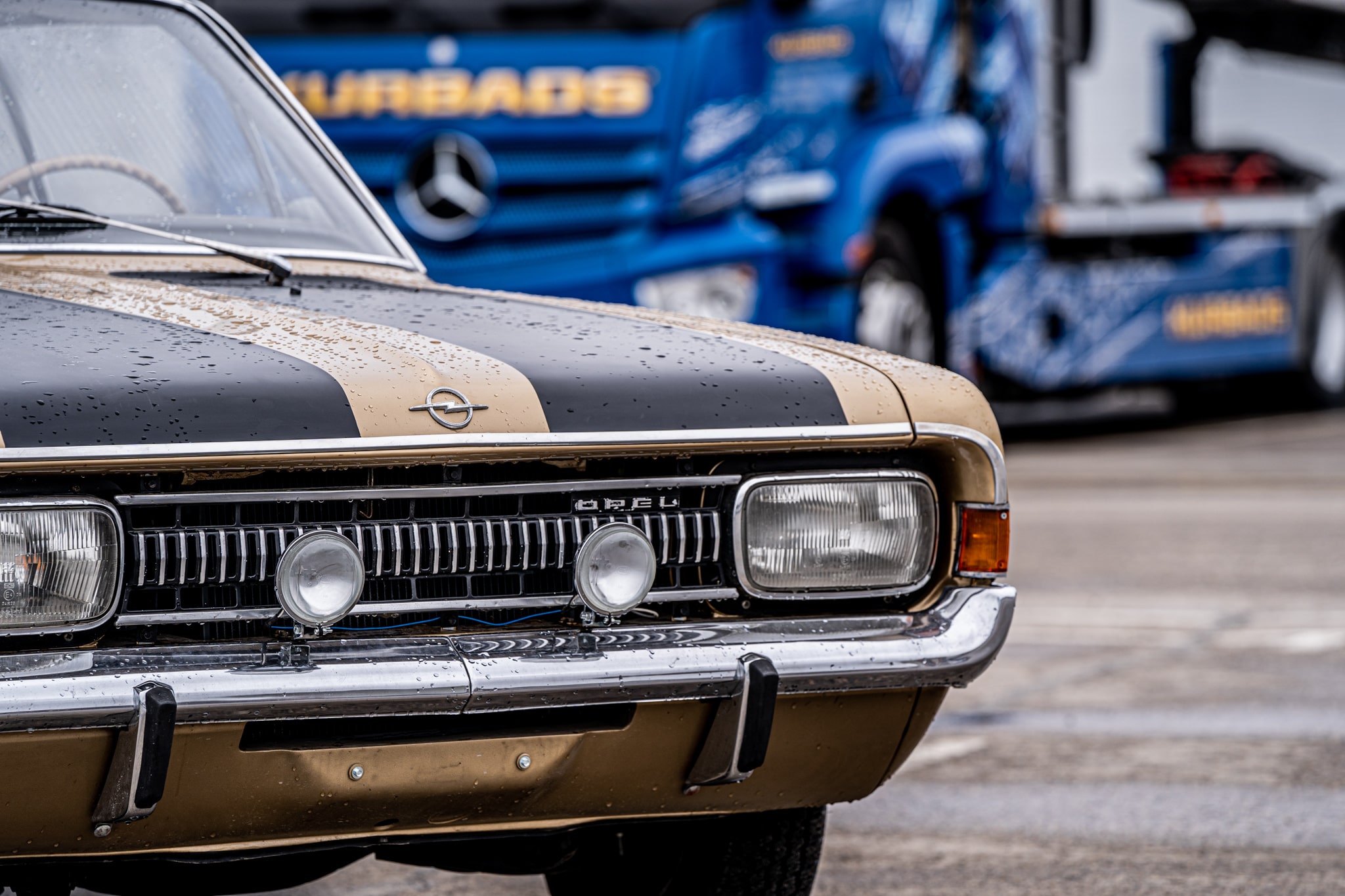 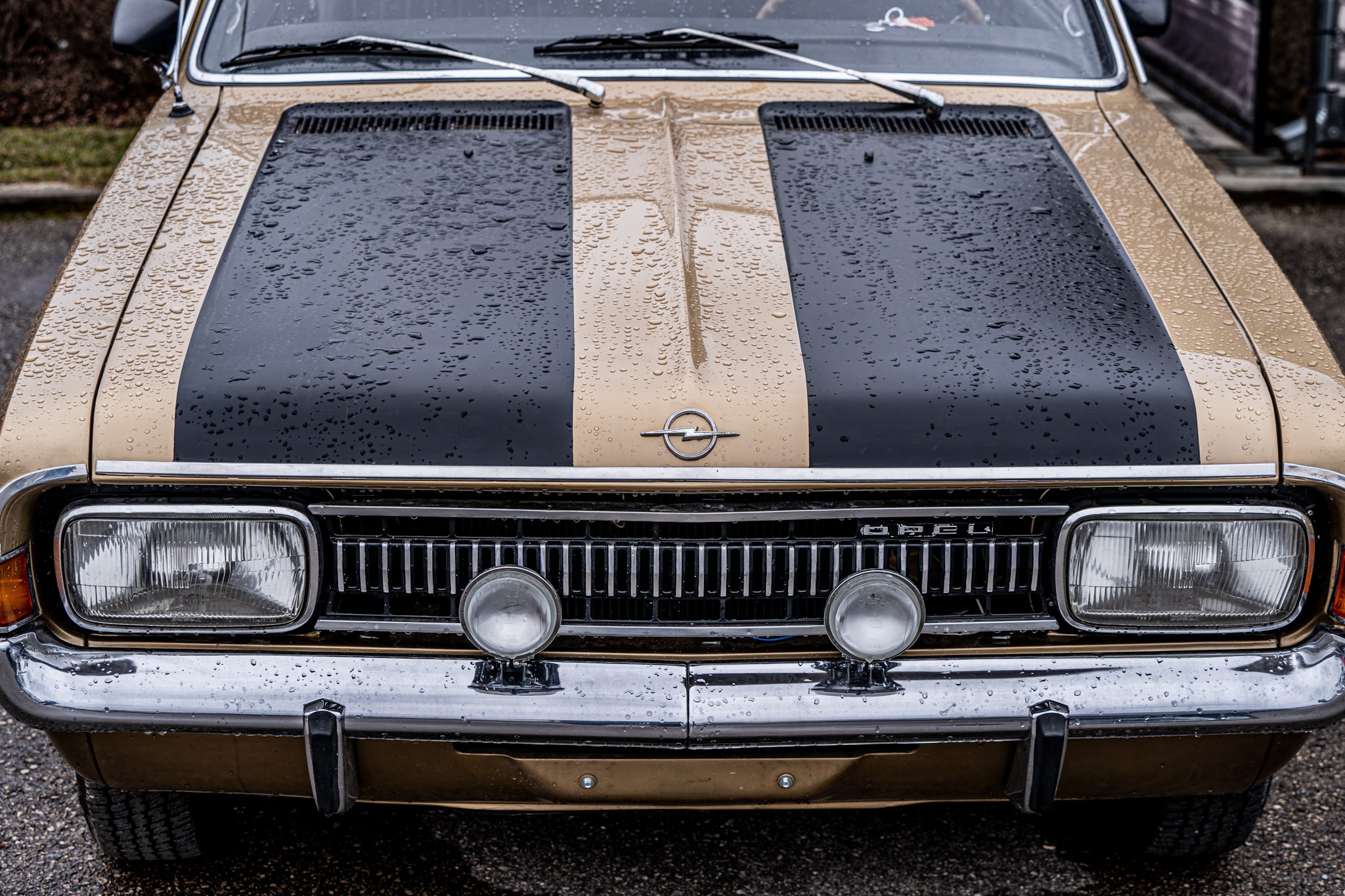