The Lamborghini “Urus” is what happens when the maker of the planet’s most outlandish supercars turns its hand to a large five-door family car with proper ground clearance and off-road ability. On paper it’s a clash of purposes, in reality it’s a mouth-watering prospect.

Before you throw your hands up in the air in disgust at the very thought of an SUV wearing the raging bull on its nose, we should mention that this isn’t a first.  Lamborghini initially dabbled with off-roaders in 1970s before launching the “LM002” (nicknamed the ‘Rambo-Lambo’) in 1986.

It’s been a six year wait for the 2012 “Urus” concept to turn into the production car here, but Lamborghini is a tiny company, selling just 3500 cars a year (a figure it hopes to double with the “Urus”). Getting this car right could catapult Lamborghini into a different orbit – with more money to build more supercars we know and love.

As the firm’s head of R&D, Maurizio Reggiani, points out, Lamborghini gets to cherry-pick what it wants from the VW Group inventory, and to achieve its aims – best performance of all; within the top group for comfort and off-road ability, apparently – it has thrown everything it can at the “Urus”.

Four-wheel steering, for example, that turns the rears by +-3 degrees. This means at low speeds, where they turn opposite to the front tyres, the virtual wheelbase is shorter than a “Huracan” – handy for hairpins and tight parking spaces.

Then there’s the active roll stability control, which firms up the outside suspension in fast corners keeping you flat with the horizon, but can also decouple each wheel when you’re hammering down a dirt track. It’s possibly the most impressive piece of tech on display – virtually negating the higher centre of gravity.

If we talk about Lamborghini, we are obliged to talk about numbers. “Urus” uses the same 4 liter V8 turbo engine that is the power station of Porsche “Cayenne” and Audi “Q7”. But it’s fine tuned and now produces more than 100 BHP more, a total of 641 BHP. It’s also a lot lighter than it’s opponents. More power and less weight allows the car to accelerate from 0 to 100 km/h in 3,6 seconds. While maximum speed is 305 km/h.

A full two years of production is already reserved, starting in 2018, which means 3,500 cars a year at Lamborghini’s recently-enlarged plant. 2017 was the first year this minnow of a company turned over €1bn, and that was before the “Urus” came along to double the numbers

While it may not be the type of vehicle we’ve grown accustomed to seeing from the automaker, it is indeed a stunning performance machine that is worthy of the badge. 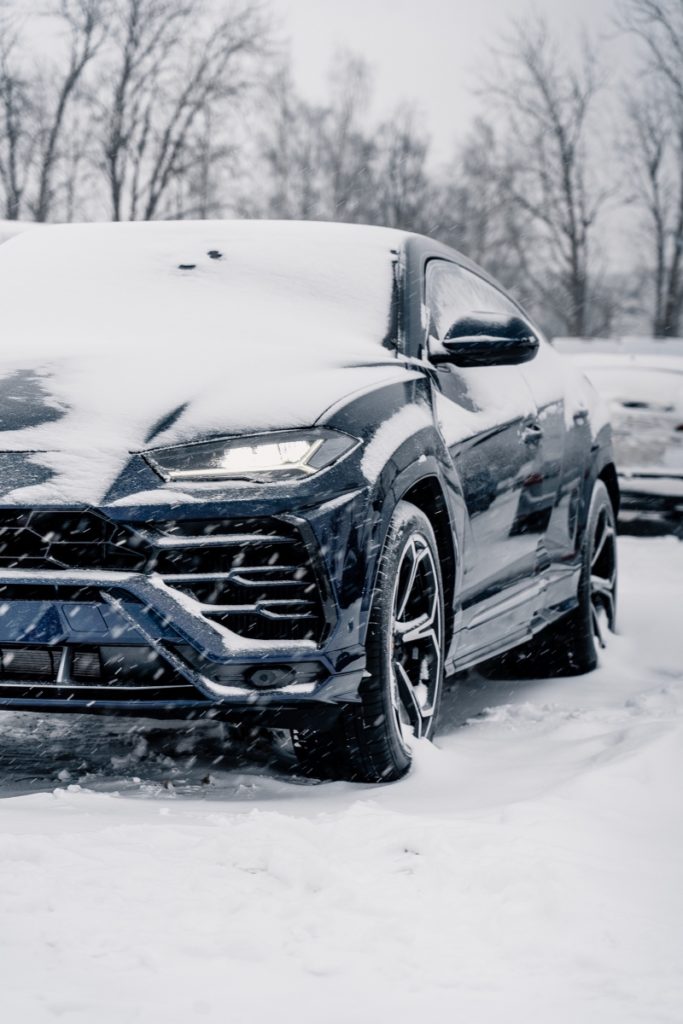 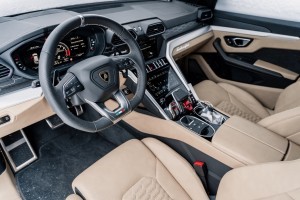 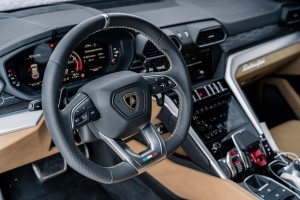 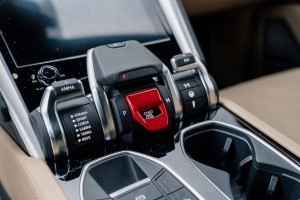 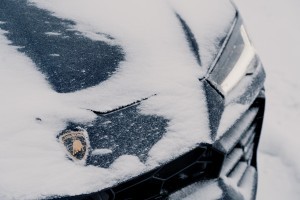 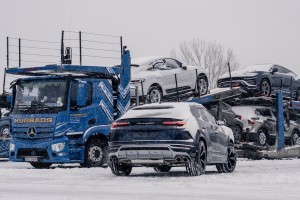 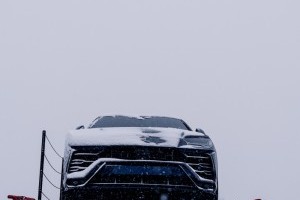