Mārtiņš Aleksandrovičs will do a never before performed stunt.

The most well-known moto freestyle rider in Latvia, Mārtiņš Aleksandrovičs, continues to train for the ‘FX Adrenaline Race’ competition and is preparing to do a Guiness World record worthy stunt in Riga on August 22nd.

A never before done stunt will be performed- a front flip from a ramp over a loaded Kurbads vehicle carrier which is 20m long. A loaded truck is 4m in height.

The stunt has already been signed up for Guiness World records.

‘This will be challenging, because I will not be able to see the landing behind the truck, and my ability to evaluate distance will be disturbed,’ Mārtiņš Aleksandrovičs shares his thoughts on what will be the hardest part of the stunt, ‘It isn’t impossible. I just have to get the right speed and everything will be alright.’

The record worthy stunt will be performed at the 20 year anniversary of transport and logistics company Kurbads as a symbol of reaching for new heights.

About Mārtiņš Aleksandrovičs and Kurbads.

Mārtiņš Aleksandrovičs is the only professional freestyle motorcyclist in Latvia and the first rider that has done a backflip on a motorcycle in the Baltic States. He’s a regular at moto freestyle competitions all over the world, and is currently at the ‘Adrenaline Rush’ competition that takes place in Novosibirsk, Russia.

Car transport establishment Kurbads was founded in 1995 and is now the main establishment in the branch and is aiming to become the largest car transport company in the Baltic States. At the end of the summer, an anniversary party will take place. 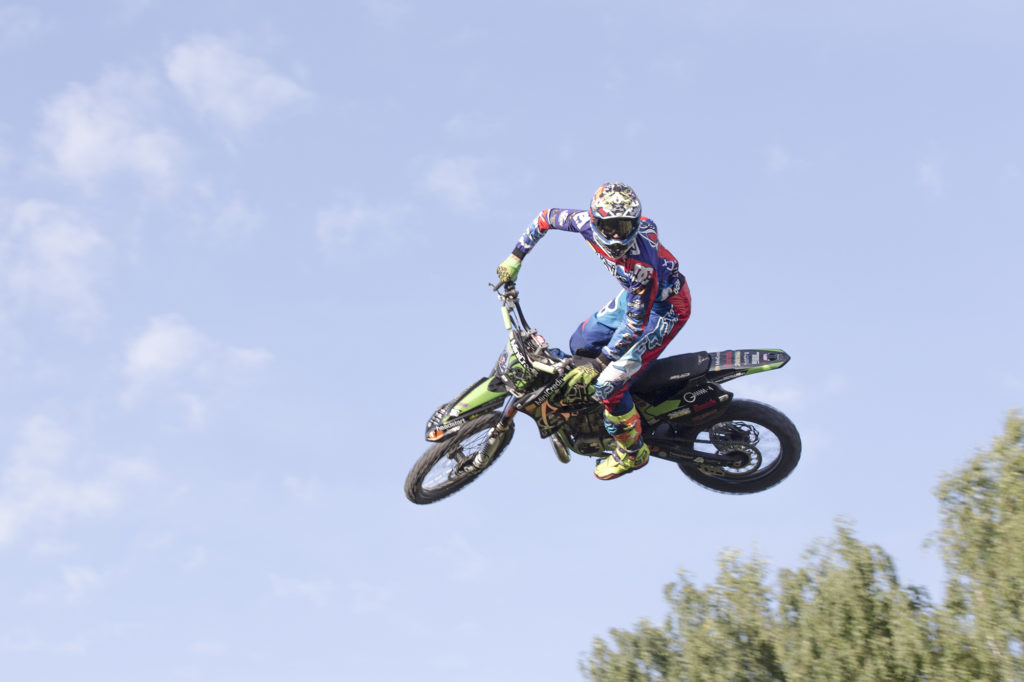