In the sixth stage of world cup, which was also the European championship, Martins was second fastest in the start, but on the track he was unstoppable beating his closest rival Alexander Tretiakov by 0,40 seconds.

Because of unsafe track conditions, second runs were cancelled and Martins was crowned European champion. He has also won five out of six World cup stages.

His brother Tomass was not so fast on the start, but handled his skeleton well in the track and finished 3rd.

Dukurs brothers dominate the stage of the World skeleton. 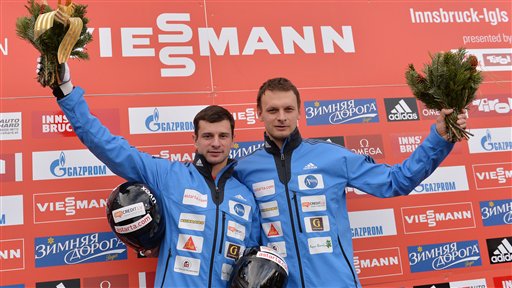