Martins Dukurs —the Latvian skeletonist and the leader of the World Cup — supported by Kurbads!

Congratulations to Martins Dukurs on his achievements in the season 2011—2012 of the World Cup, as well as for being the best and most popular sportsman in Latvia for the second year in a row!

The first race this season took place in Igls on 3 December, M. Dukurs won the race with a track record set already in the first run (52,69 s).
Also in the second race in La Plagne on 9 December, the Latvian sportsman set a track record in the first run (1:00,51 min).
In the first run of the qualifying round during the third race in Winterberg, M. Dukurs had the best result, he showed the same result also in the second day’s run and consequently won the race.
M. Dukurs was named the best and most popular Latvian sportsman on 22 December 2011, for the second year in a row.

We wish luck in the World Cup races in Europe: Königssee (Germany), Saint Moritz (Switzerland); and in Canada — Whistler and Calgary! 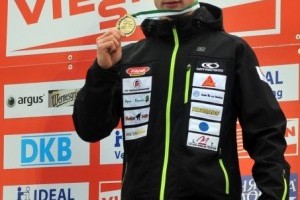