Vehicle transportation and logistics company “Kurbads” keeps expanding, on 1st of December it’s truck fleet was supplemented by a new car carrier, #93 that is decorated with Latvian mythology sign of well, designed by artist Alfreds Paulausks.

The symbol of well in Latvian mythology is the basis of the world and a symbol of strength. It symbolically unites top and bottom, the sky with underground water. “The well is the border of two worlds, one the world of mind and the other of feeling. It’s wonderful that now we will have a car carrier truck that will remind to whole Europe about those two worlds.

The well sign has a strong defensive skills – it is believed that it can protect a family from bad luck, this time it would translate that our carrier will have a good luck in journeys.

Traditionally “Kurbads” employees with various rituals gave their blessing to the truck. Men created a united force wave that was transmitted to the Mercedes-Benz car carrier, but establishment’s ladies tied knots on the well sign wishing good luck.

“Kaspars is the youngest of Purvēni brothers. Diligent with a wide look to the world as he always wants to take the farthest trips,” says “Kurbads” drivers mentor Anatolijs Vasiļjevs. “Kaspars is young, joyful and talented driver with a certain amount of experience, previously he drove together with his brother, than had his own truck and now he has earned the opportunity to get a brand new car carrier. He is also active in establishment’s team building activities.”

The new Mercedes-Benz “Actros 1843” is equipped with Metago and Supertrans car carrier equipment. “#93 has a slope cabin, which means that with this equipment we have a lot more loading options. On the second floor we can load higher cars, for example SUVs,” the specifics of the truck is explained by Ivars Čiblis, head mechanic of “Kurbads”. 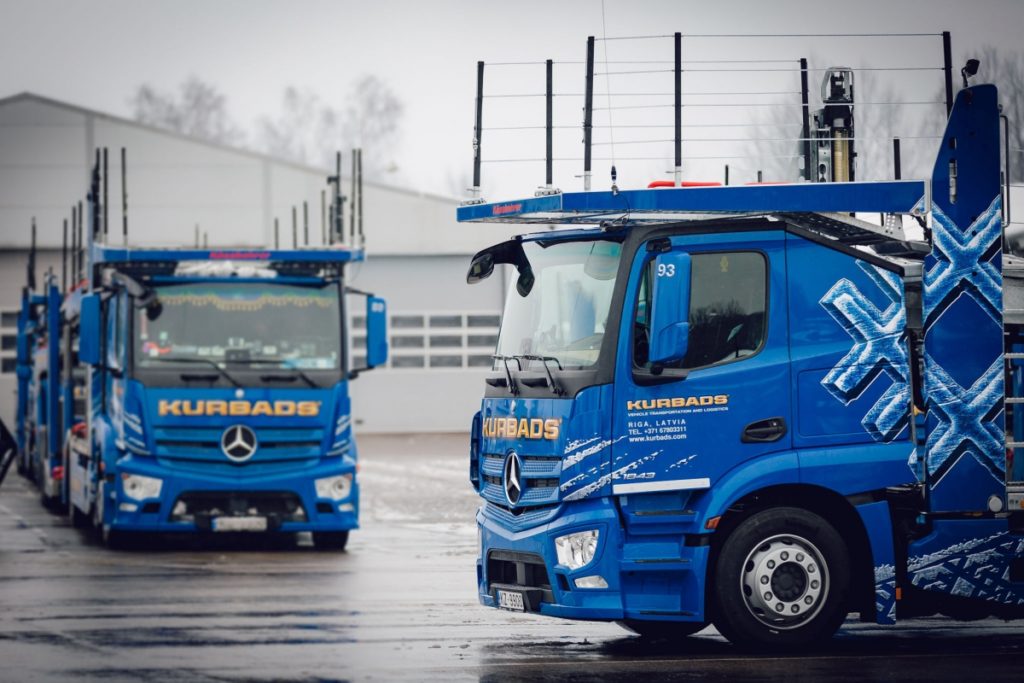