Tesla “Model X”, the latest automobile of the electric car giant Tesla Motors, has been transported to Latvia by a “Kurbads” car carrier. The futuristic looking car is a mix of powerful supercar and an everyday family car.

Tesla has constructed it’s third car model as a SUV with 7 passenger seats, thus covering wider customer audience as the car has become much more diverse in it’s usage. Also the design will attract a lot of attention on the streets.

A tank with an acceleration of a race car. This is how you can describe the new Tesla electric car. Thanks to it’s electric motors and four-wheel drive system, the 2,5 ton “Model X” from 0-100 km/h accelerates in just 3,5 seconds. The impressive acceleration is ensured by linear power of electric motors every time the accelerator pedal is pressed. “Model X” also has very low drag coefficient – 0,24, 20% less than any other SUV.

Conflicting reactions are heard from car enthusiasts regarding so-called falcon doors. They provide more comfortable entering in the car but taller people have to be careful. A system of sonar sensors adjusts the arcs of the opening and closing doors to avoid collisions. The Falcon Wing doors take six seconds to open. Occasionally the sensors halt their progress, even when there’s nothing in the way.

Automobile experts have always said that major weakness of electric cars is their short driving range. Not this time, as “Model X” can easily go 350 km and 460 km (90D and P90D models respectively). Completely enough to go on a nice skiing trip weekend.

Tesla’s 120 kW supercharger can fully charge the car in 90 minutes, with home type electric connection this process takes 9,5 hours. Cost of one full charge in USA is 13,50 USD, allowing to save 24,50 USD every time. 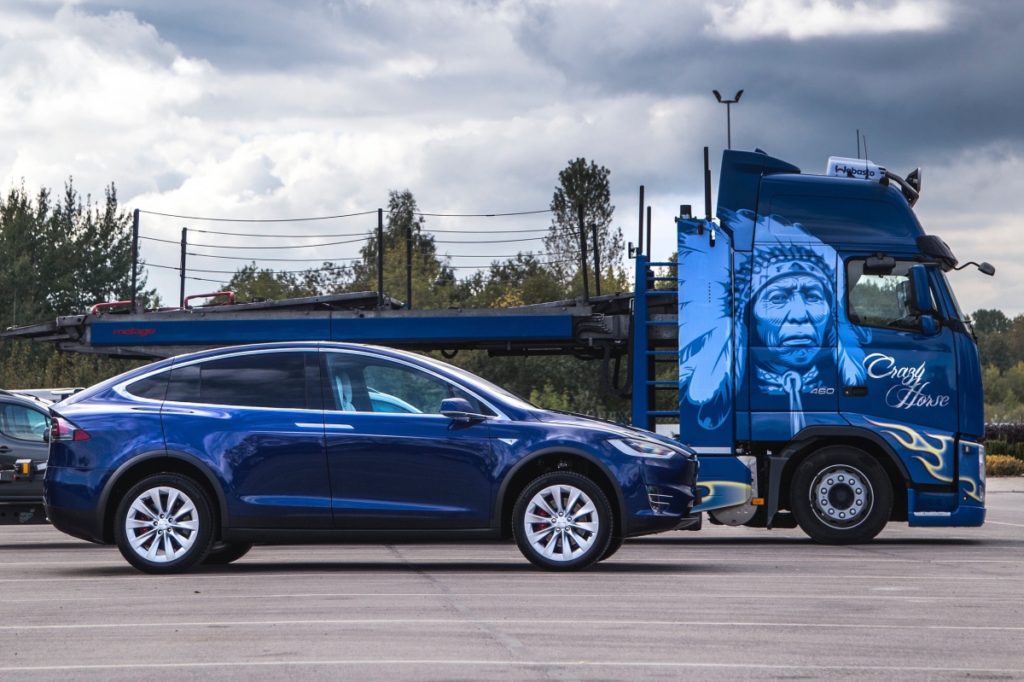