Volumes of finished vehicles may have recovered from the recession, but users and manufacturers of car transporters are now having to handle a very different array of vehicles, including larger and heavier models – with implications for capacity utilization

It took nearly a decade. But finally, in 2016, European passenger car production surpassed the levels of 2007. For both Europe’s users and manufacturers of car transporters, the returning volumes were good news.

However, the major challenge of 2016 – moving Europe’s burgeoning vehicle volumes through finished vehicle supply chains that had seen significant amounts of capacity stripped out during the financial crisis – masked other problems.

In the intervening years, the automotive world had changed, and now – in 2019 – those changes are placing quite different strains on Europe’s car transporter fleets, the owners of those fleets and the firms that manufacture car transporters.

The vehicle mix, which was lost during the crisis was replaced by a different one when the good times began to roll again. Rising volumes of SUVs, light commercial vehicles, and electric vehicles are significantly affecting car transporters’ capacity utilization, weight and loading characteristics.

Not long ago automotive industry production was centered around small family vehicles such as Ford’s Focus and GM’s Astra. No longer: SUVs and crossovers now feature strongly in the mix that must be transported, as do light commercial vehicles such as vans, chassis cabs and pickup trucks. Furthermore, while relatively small in number, electric vehicles and hybrids are a growing feature of the mix as well. The result is that logistics service providers are having to cope with transporter loads made up of vehicles which are larger or heavier than before – or both.

“Last year, for the first time, a third of the vehicles sold in Europe were SUVs and MPVs, with growing numbers of hybrids, where there’s the weight of the battery to take into account as well. Traditionally, a transporter load hasn’t reached the 40-tonne limit, and now we are seeing loads that do.”

Internal combustion cars, hybrids and electric vehicles getting bigger and heavier makes a job for logistics department much more challenging: “We as the logistics managers have one task when planning a cargo for each car carrier and that task is to make the cargo as efficient as possible regarding vehicle numbers, weight and dimensions. It’s getting more complicated all the time as clients ask the manufacturers for bigger and heavier cars. And this is the point where transporter manufacturers need to step in to make them lighter and wider with more loading options. We can use different angles of loading to optimize the cargo from logistics point of view,” Uldis Čalpa, Kurbads logistics manager, talks about new challenges in logistics department.

Weight and width problems In mainland Europe, Günther Percht, CEO of Austrian car transporter manufacturer Kässbohrer says that vehicle length, height, weight and width are all “critically important dimensions”, but that two of these metrics are currently causing the biggest challenges.

“Right now, the increased vehicle weight is probably the issue causing the greatest difficulty, followed by width. In recent years, there’s been a lot of investment in bringing down the tare weight of car carriers and optimizing vehicle structures to accommodate the greatest possible width,” he explains. “The latest German motor show showed some signs of reversing the trend towards heavier, higher and wider new cars, but it may be too early to say that this is a definite change in the trend.”

Already the size of vehicles such as SUVs has had an impact on the car transporter market, with demand for double-axle, single-wheel trailers falling off sharply, as their usable width of 2.0 metres will not accommodate the 2.5-metre width of newer SUVs.

“We’re using stronger materials – a special high-specification steel in place of the standard steel that we used until three years ago – to increase the strength while also reducing the weight of the transporter, which permits operators to carry a higher load.” He says this has led to a reduction of two tonnes in transporter weight, which also means lower fuel consumption and emissions.  “Given that fuel cost is a high proportion of overall transporter operating cost – typically around 30% – this makes a lot of sense,” Jorudas adds.

Rimo has redesigned its transporter structures, firstly to optimize the width and secondly to accommodate modern vehicles with lower clearances. This has been achieved by altering transporters’ loading platforms so as to make them smoother and flatter, with smaller depressions into which the cars’ wheels sit. 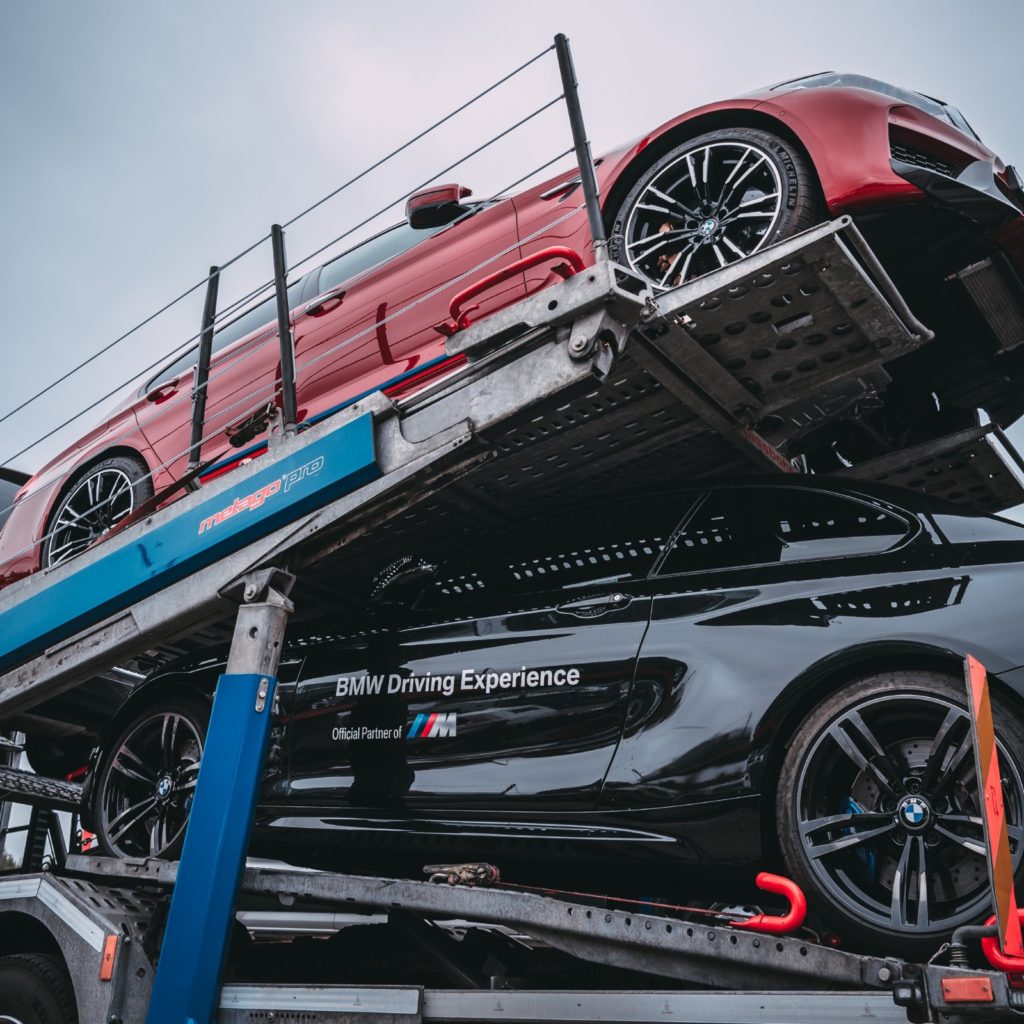