In 2018, new passenger car registration in Latvia, Europe and Worldwide wasn’t so successful when compared to the year before. The growth has been very insignificant, a lot smaller than was expected. But the stagnation has it’s reasons that make look more optimistic to 2019.

Last year, the new passenger car market saw a growth of just 0,1%, while in EFTA countries there was even a drop by 0,04%. Numbers show that 2018 could be called as a year of stagnation in Europe.

Latvia – a year before jump.

According to Auto asociācija data, 19 272 new passenger cars were registered in Latvia last year, 1,7% more than in 2017. The forecast was much more optimistic – 20 300 cars. The biggest rise has been evidenced in commercial transport segment – nearly 7%.

It seems that passenger car market had two completely different market situations – one in the first half of the year, and completely different in the second half. On September 1st 2018, the new rules for measuring of fuel consumption and CO2 emission came in force. There is still a lot of discussion about this in Europe. For some time there was a political confusion, unsolved legal questions connected to vehicle testing, followed by huge jams in laboratories and, finally, a challenge in automotive logistics sector. The manufacturers that presented new models in 2018, it hurt the most. This problem will continue also in 2019.

The most sold car model in Latvia is “VW Golf”, swapping places with the champion of 2017, “Nissan Qashqai”. Third place goes to “VW Tiguan”. Among private persons, different SUV are very popular, eight models out of 10 are SUVs, with most popular being “Nissan Qashqai”, “VW Tiguan” and “Toyota RAV4”.

Electromobiles throughout the world are becoming more popular. It’s not the case in Latvia, as use of the electromobiles is growing very slowly – just 0,43% or 73 new cars were registered in Latvia last year. People are just not interested in buying those cars without government support.

The micro competition between the Baltic States hasn’t changed a lot. Latvia is still behind Estonia and Lithuania. Despite the logistics problems, Estonia enjoyed a steady 3,6% growth, while Lithuania even 25%. But it’s really not very precise information – thanks to a very grateful conditions for one day permit, many citizens and establishments from neighboring countries choose to register their cars in Lithuania.

No change in Western front – Volkswagen sits on the throne!

World – China out of reach.

When looking at global markets, China still is the biggest one. 23 236 300 cars were sold in China last year(more than a million less than in 2017). This is the first time in two decades, China experiences a decrease in sales volumes. But is still the biggest margin by a long way. 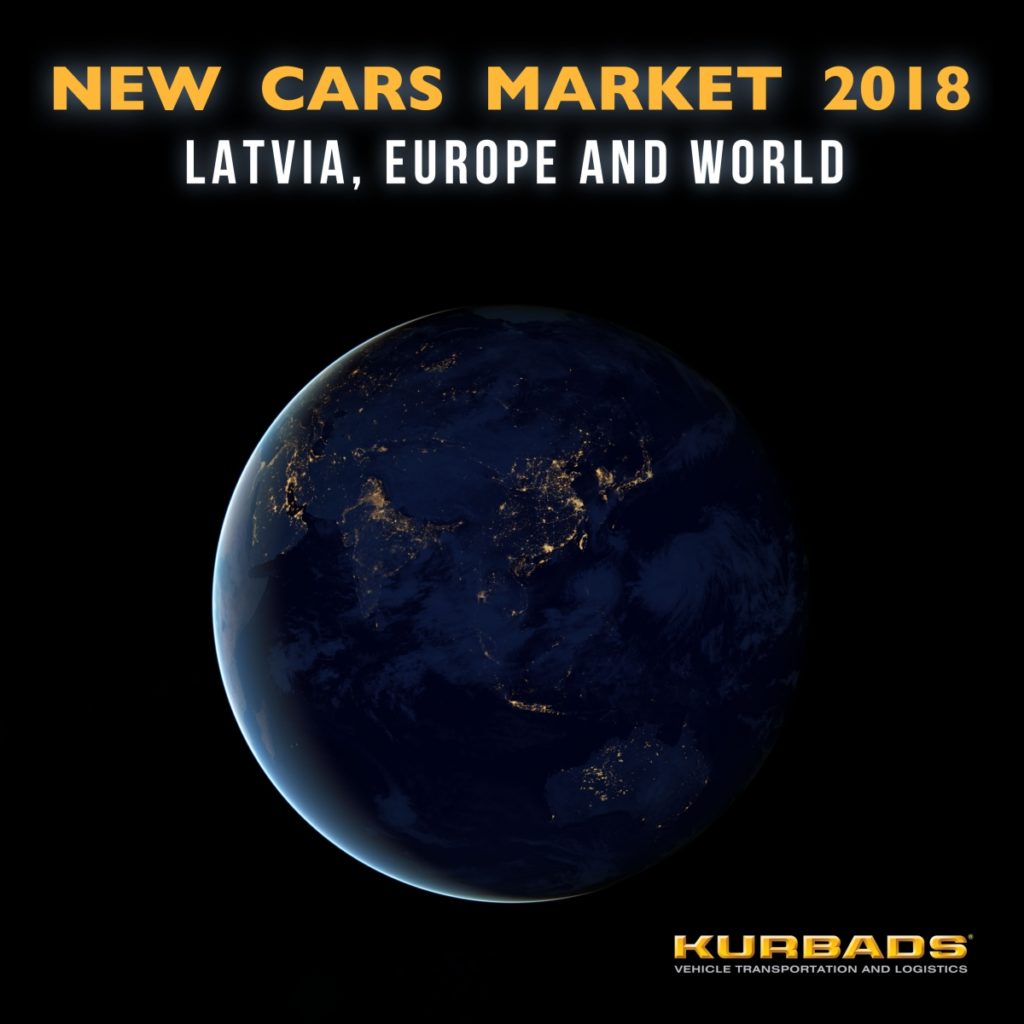