Returning to the fifties- Mercedes-Benz 170 S-D

It is hard to imagine how in today’s technology and in the  world of rush it would be to drive a car from the first half of the twentieth century, when the roads were non asphalted and the car industry was at the very beginning of its story. One of this time pearls – Mercedes-Benz 170 S-D – car transport company Kurbads had the luck to deliver this masterpiece to the destination.

Mercedes-Benz 170 S-D models were produced from 1949 to 1955. These models are based to a large extent on the W136 specification basis, successfully saving drafts and production equipment during the war so as to relaunch the production of cars with minimal change in a relatively short time. The 170 S-D model was at Kurbads logistics centre. This specific car differs from the forerunners with improved shock absorbers and a slightly wider body which made the interior more wider and comfortable just as the clients wanted.

The rear-drive car is powered by a 1.8-liter four-cylinder 40 hp diesel engine. According to Mercedes, the max speed of the car is 100 km/h.

In today’s cars, it is inconceivable that in this Mercedes-Benz every 200 km an indicator light on the instrument panel reminds the driver that it is necessary to press a small pedal that disperses oil to all the necessary joints. However, the system was not effective because most of the oil got on the road.

The Mercedes iconic three-star logo on the engine bonnet is useful as well – for many years it was used  to open the radiator cover to fill in the liquid. 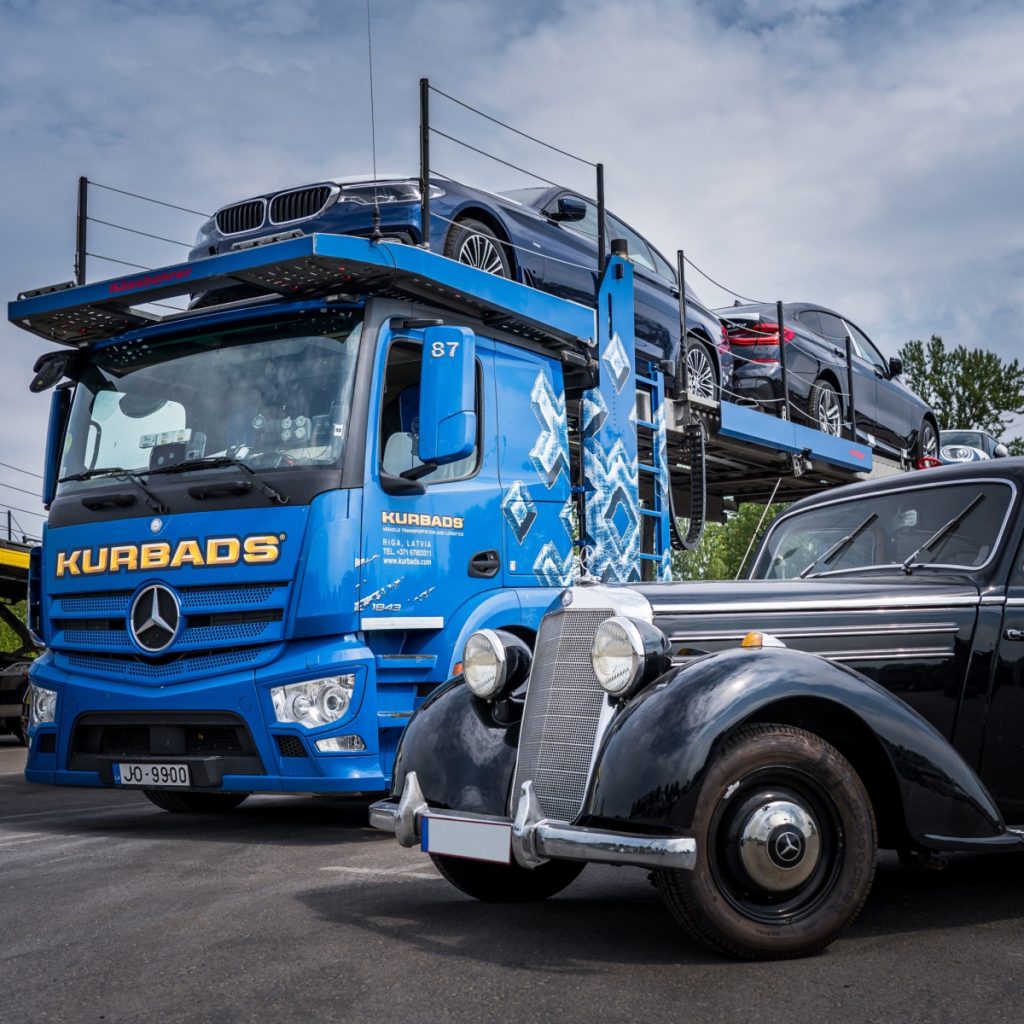