Santa Claus's rescue mission in the North of Finland!

Vehicle transportation and logistics company’s “Kurbads” driver Jānis Kārkliņš had an uncommon trip to town of Kittila in Finland, where he also managed to meet Santa Claus.

“On my way to the destination I heard rumors that little elves had been very busy in summer with making a special fuel for Rudolph’s sleigh, that’s why they forgot to check the technical condition of the sleigh itself. Santa Claus also forgot it so I rushed to help them. So the kids all around the World will have presents for Christmas!” says “Kurbads” driver Jānis Kārkliņš.

“Jokes aside, for the first time in my truck driver’s career I had such an interesting route – to the far North of Finland, behind the polar circle where “VW Group” tested their latest automobiles in truly arctic conditions. There was a lot of snow, I was a bit surprised that the roads were clean but without salt. On the way to the town the trip was calm and pleasant, but it was different story driving back.  Shortly after the polar circle I got into proper arctic blizzard, it was then I had to show my driving skills and experience. Temperature outside was -4C, very tricky road conditions!”

“I want to give a message from Santa Claus – all kids have been very good this year! “ 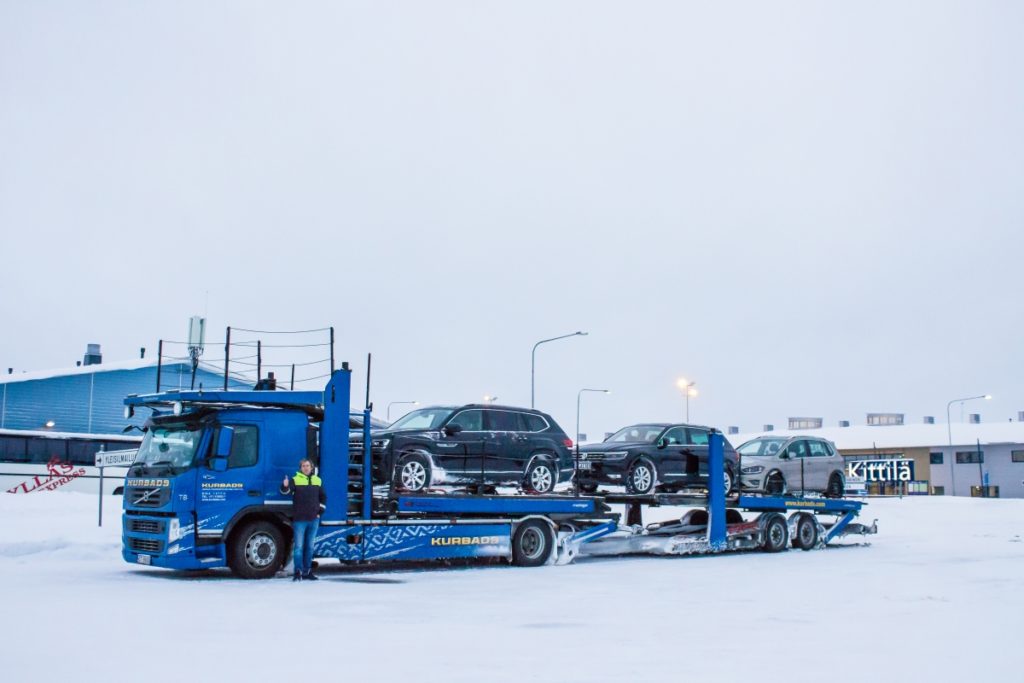