Today was an important day for employees of vehicle logistics and transportation company “Kurbads”. The new #92 car carrier was launched for it’s mission on roads of Europe. It is branded with moon sign designed by artist Alfreds Paulausks.

“Kurbads” employees gathered to perform some dances and songs, wishing good luck and safe driving to the truck.

“The moon is a symbol of movement and changes,” says Inese Krūmiņa, scientist of Latvian folklore. “The moon is always on the move, that’s why the sign goes very well together with car carrier and it’s driver. As they are also on the move all the time. The sign heralds progress and development but at the same it is a very tolerant symbol. Every cycle has ups and downs, and moon sign ensures that the rise is always stronger.”

In Latvian mythology the moon is a steward of sky and stars.

“The man from the countryside is a wonderful driver! Aleksis Čabajs is a farmer who wanted some changes in his life. He is very responsible and disciplined, always does his job very well,” Aleksis Čabajs, driver of car carrier #92 is described by Anatolijs Vasiļjevs, head of “Kurbads” drivers department.

“Aleksis has made a huge progress with his skills and now he is ready to be entrusted with a completely new truck. He has been working with us only for a year but he has proven himself in Baltic routes. We don’t doubt that he will also excel on highways of Europe!”

The new Mercedes-Benz “Actros 1843” is equipped with Metago M1 and Metago Pro car carrier equipment. “#92 has a slope cabin, which means that with this equipment we have a lot more loading options. On the second floor we can load higher cars, for example SUVs,” the specifics of the truck is explained by Ivars Čiblis, head mechanic of “Kurbads”. 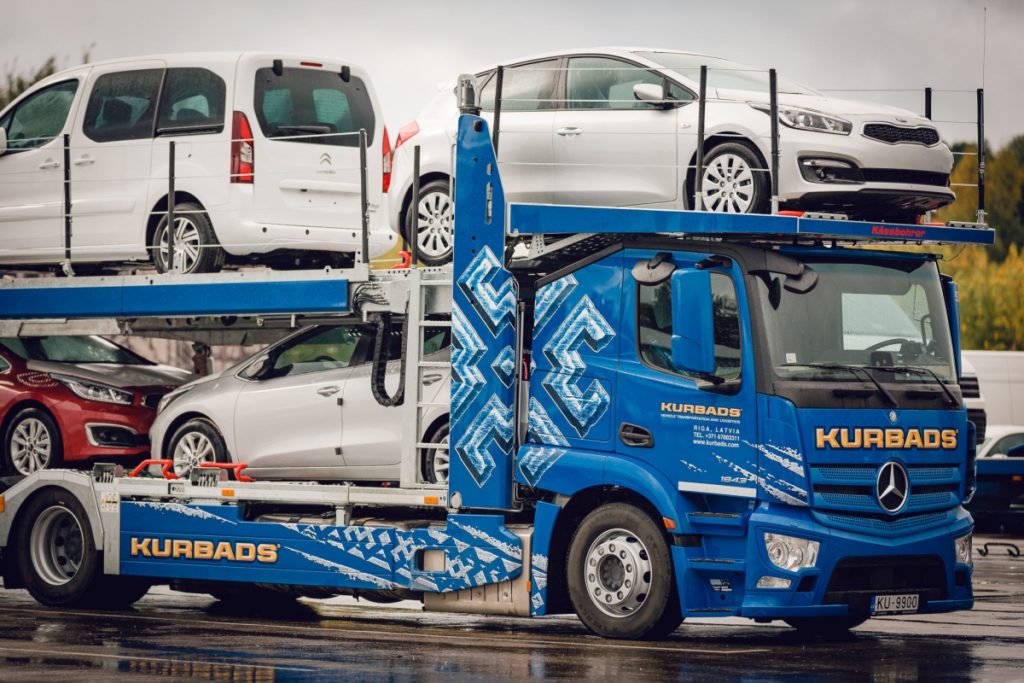