Saab Automobile AB or simply Saab, will forever remain in our memory as a manufacturer of innovative, unusual and beautiful cars. Saab once produced many a prototype to cover new markets, but the Sonett will always hold a special place in the Swedish company’s biography. Its athletic, spirited silhouette differs sharply from other Saab products, and of course a few reservations aside, it looks rather fashionable even today. There is however, no shortage of reservations – as a typical Swedish car, and even more so as Saab, Sonett has a front wheel, rather than a rear wheel drive, and it has a glass-covered hatch covering the hood, and the lifting lamps can be pushed out by pulling a mechanical crank. 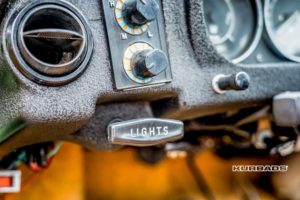 The name of Saab Sonett is as strange as the car itself. Forget about poetry and Shakespeare’s sonnets – the name of the car is derived from the Swedish phrase “Så nätt den är” or “how pretty it is”; or rather “it’s pretty”. The first Sonett was more than pretty – it was phenomenal! In the 50s, a couple of enthusiasts built a prototype of a lightweight racing stalwart in a barn near the Saab plant in Trollhättan, with a glass-fibre superstructure, a flood line borrowed from aviation and a three-cylinder two-stroke engine. Despite its modest capacity (around 59 hp) and the small budget (75,000 kronor), the 600 kg heavy turret was able to reach a speed of 190 km/h. Sonett I was expected to have a bright future in motorsports. But suddenly technical regulations changed, and between 1955 and 1957, only six roadsters were constructed instead of the planned 2000. The first Sonett is an extremely rare car these days.

It is entirely possible that Sonett’s story would have been over if in the early 60s two men – Björn Karlström, an automobile and airplane illustrator and Walter Kern, an engineer from the Massachusetts Institute of Technology had not independently proposed creating a two-seat Saab roadster with the components of the existing model. One prototype was selected from the two original prototypes, and the production of Sonett II began in small lots in 1966. In fact, very small because when the first 258 cars were made, it was clear that the 841-cubic-inch two-stroke engine was no longer able to comply with the US waste gas requirements. But Sonett’s main market was the US, where every single European car manufacturer who was able to produce a small sports car was trying to break-in in the middle of the last century. British companies had more success across the ocean, so the product of a Swedish company seemed exotic enough. because it had not been invented, say, by Austin Healey. 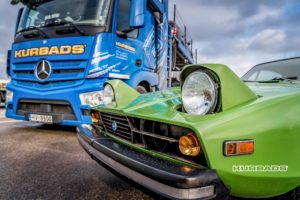 Although it seemed that nothing else could be squeezed in the narrow motor room of the Sonett, the solution came from Germany. The Sonett II got a 1.5-liter V4 engine from the European Ford Townes, thus becoming Sonett V4. By 1969, 1,610 such cars were released, a reputable achievement for such an extraordinary car. As strange as it may seem, one of the cornerstones of Sonett V4’s success was passenger safety. The small roadster had three-point seatbelts, high back-boosters with an anti-impact function, a safety lock, and a few other features. Even according to all technical aspects, Sonett V4 had a modern construction. The car had a clutch of an unusual design that automatically disconnected as soon as the gas pedal was released. In that sense it resembles the most modern car coasting function today.

…excuse us for those bumpers…

The modernization of Sonett was scheduled for 1970, and in 1973 the end result was a green Italian car with ugly bumpers. This was by no means a failure on part of the designers, but rather the result of the requirement changes in the US in 1972. The requirement to equip cars with protruding bumpers that would provide additional protection during collision at low speeds damaged the appearance of many a handsome European car. However, the bumpers could not damage the Sonett itself. To please the tastes of young Americans, the gearbox lever was moved from the steering column to the floor, and for the first time the Sonett had an air conditioner installed. To reduce production costs, the elegantly curved rear glass window was replaced with a simpler one, yet the most bizarre optimization was done to the hood. Because the designers wanted to get rid of the bulb on the hood that was the landmark of the previous Sonett, it was downgraded to a plastic hatch. Consequently, in the event of a more serious engine repair, the entire front of the car had to be dismantled. The typical, tarring sound of the V4 engine until this day highlights Sonett among similar light-weight sports cars of those years. 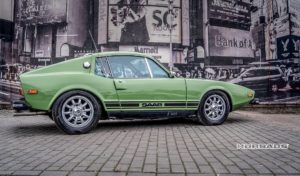 It is unclear how Sonett’s career would have developed further had it not been for the 1973 oil crisis. In the final three or four years, Saab equipped the roadster with an increased capacity 1.7-liter V4 engine. The vehicle transported by Kurbads has the same engine, however this vehicle is special for another reason. Unlike most Sonetts released in its final days, this one still has wooden, not vinyl windowsills. At one point, even Sonett’s dashboard was made of wood. 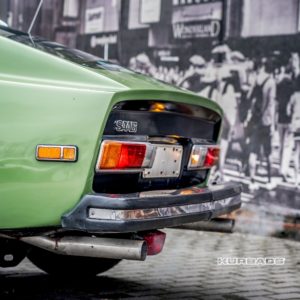 Due to emissions, engine power did not change. 65 hp allow the 880 kg heavy-duty vehicle to reach a maximum speed of 165 km/h and to accelerate to 100 km/h within 13 seconds. If the power was higher, the Sonett would likely become more difficult to manage. Between 1970 and 1974, 8,368 Sonetts III were produced, and of those nearly 2,500 landed in the US. According to the VIN plate, this particular car was also an “export model”. While interest in Sonett III has grown in recent years, this particular Saab has not drawn the attention of collectors and enthusiasts, so it is relatively cheap. A car that is in excellent condition can be acquired for €25,000, while the raw materials for restoration can cost up to five times less than that. Due to the coincidence of circumstances and the “incorrect” gearing, Sonett III has not become a coveted classic. But its peculiar design by Sergio Coggiola (ex-Ghia), as well as the exotic V4 engine and a non-ferocious bodywork could someday boost the value of the small brave Saab. 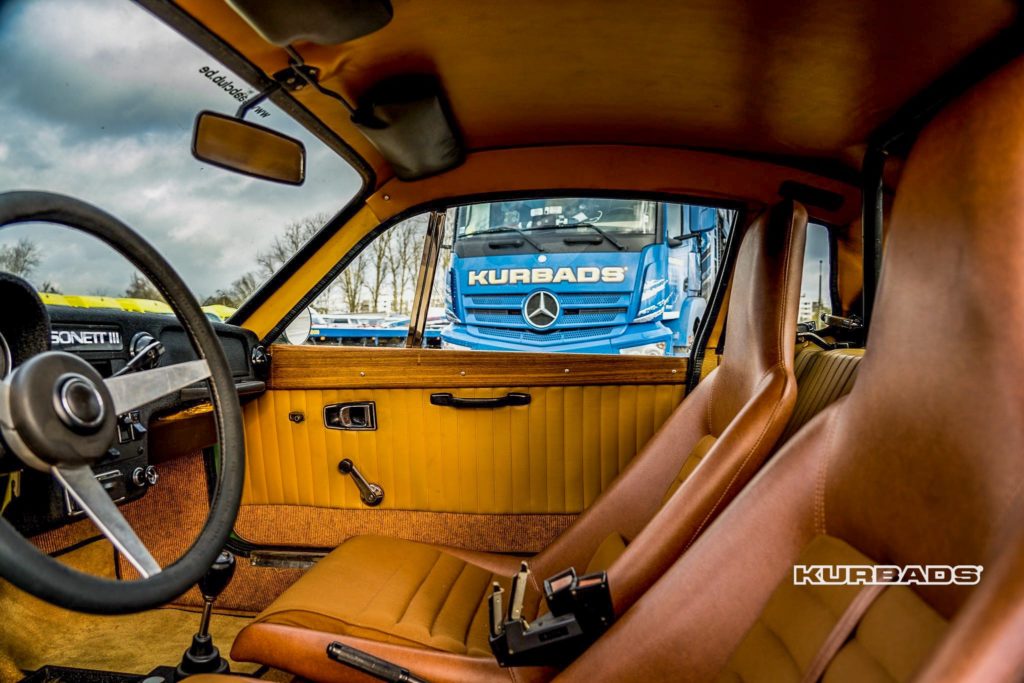 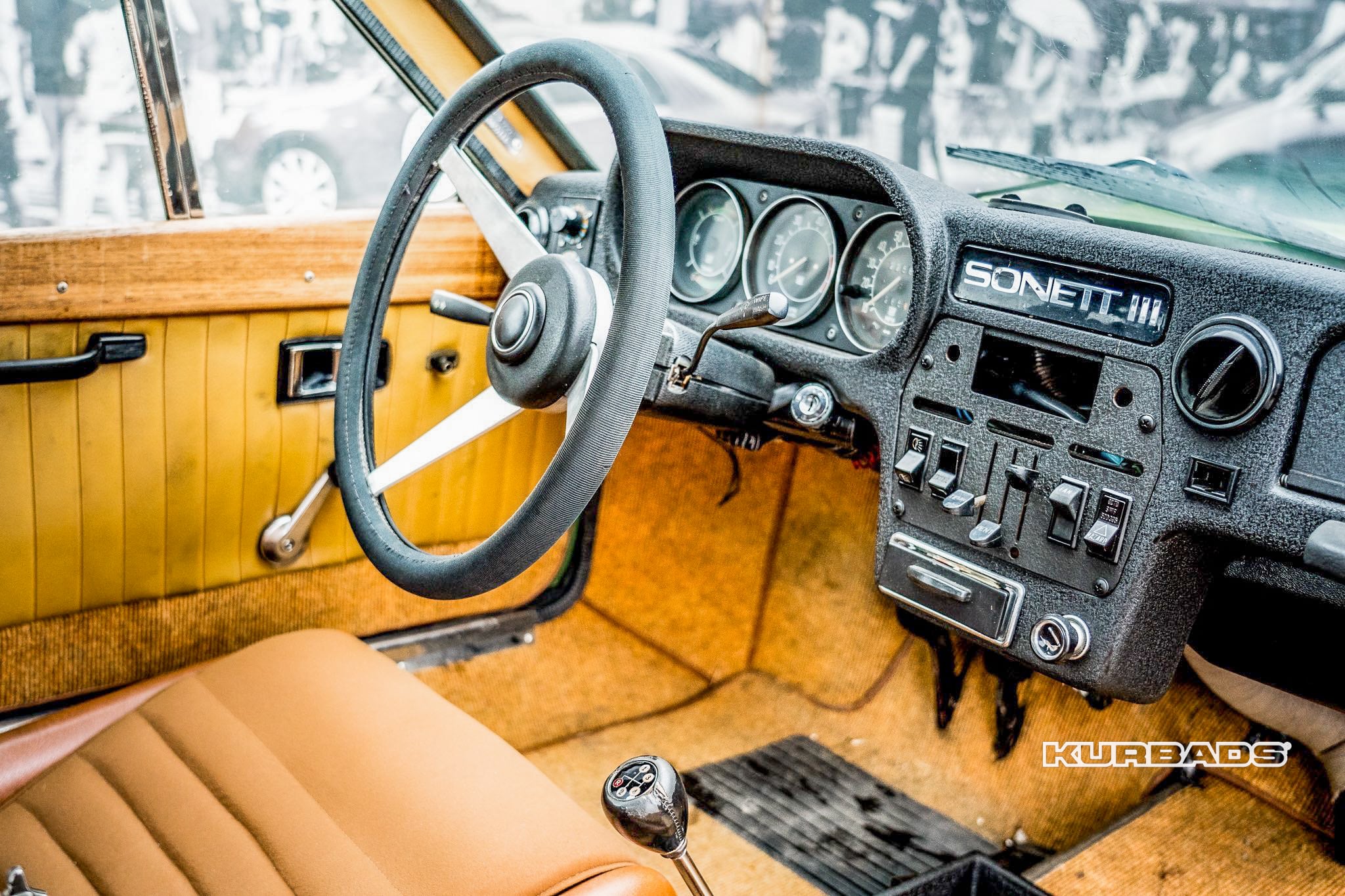 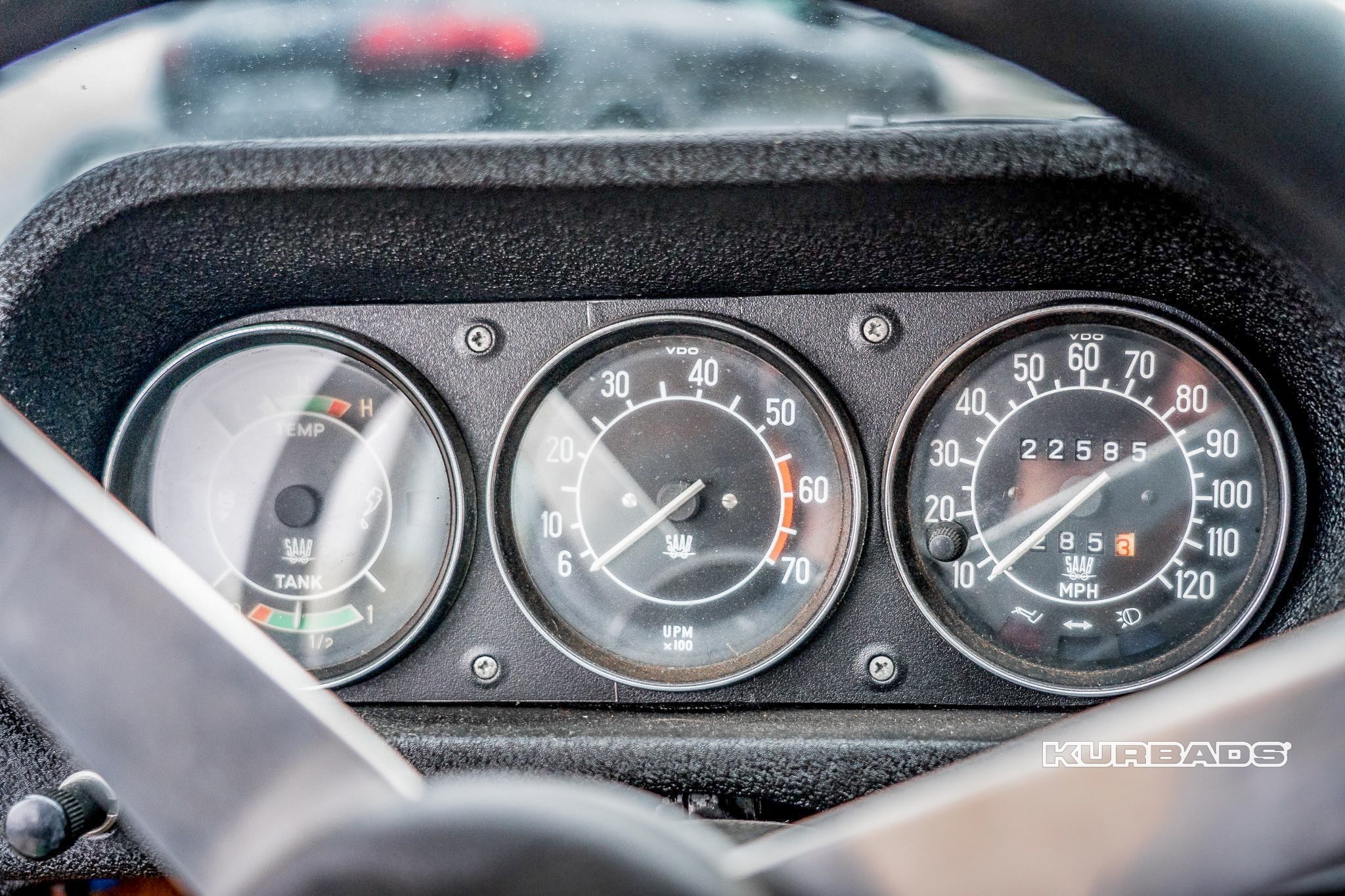 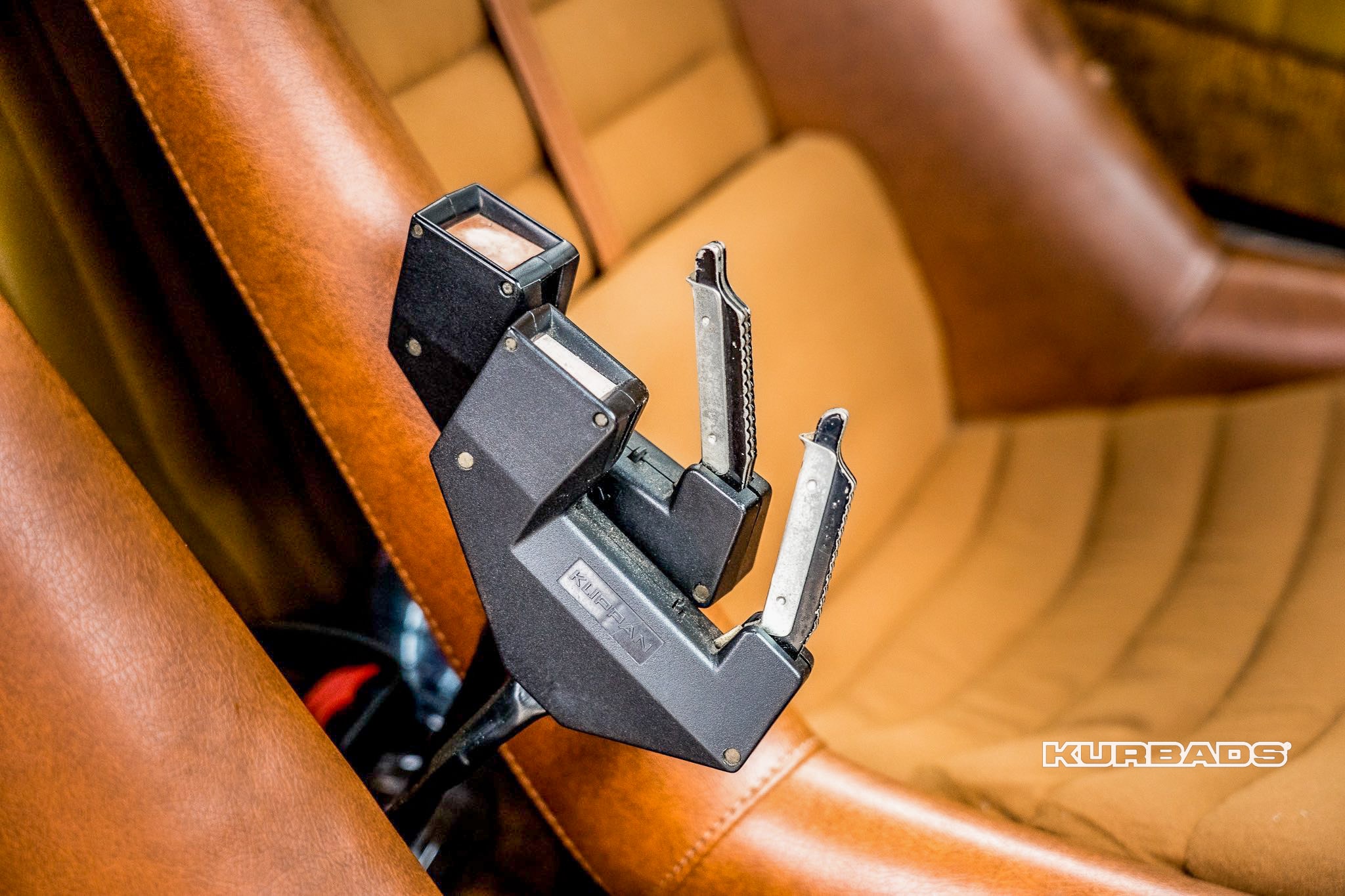 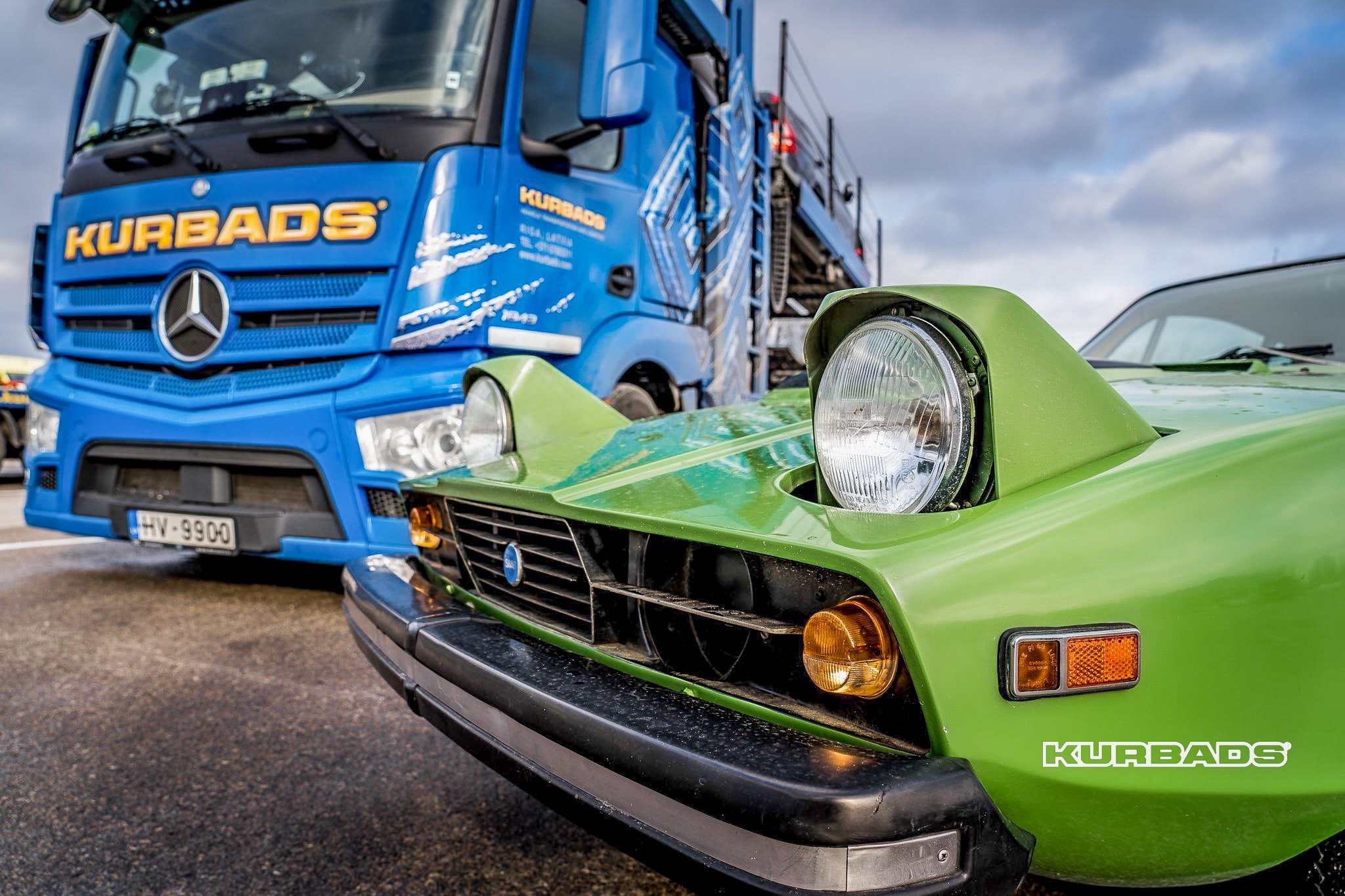 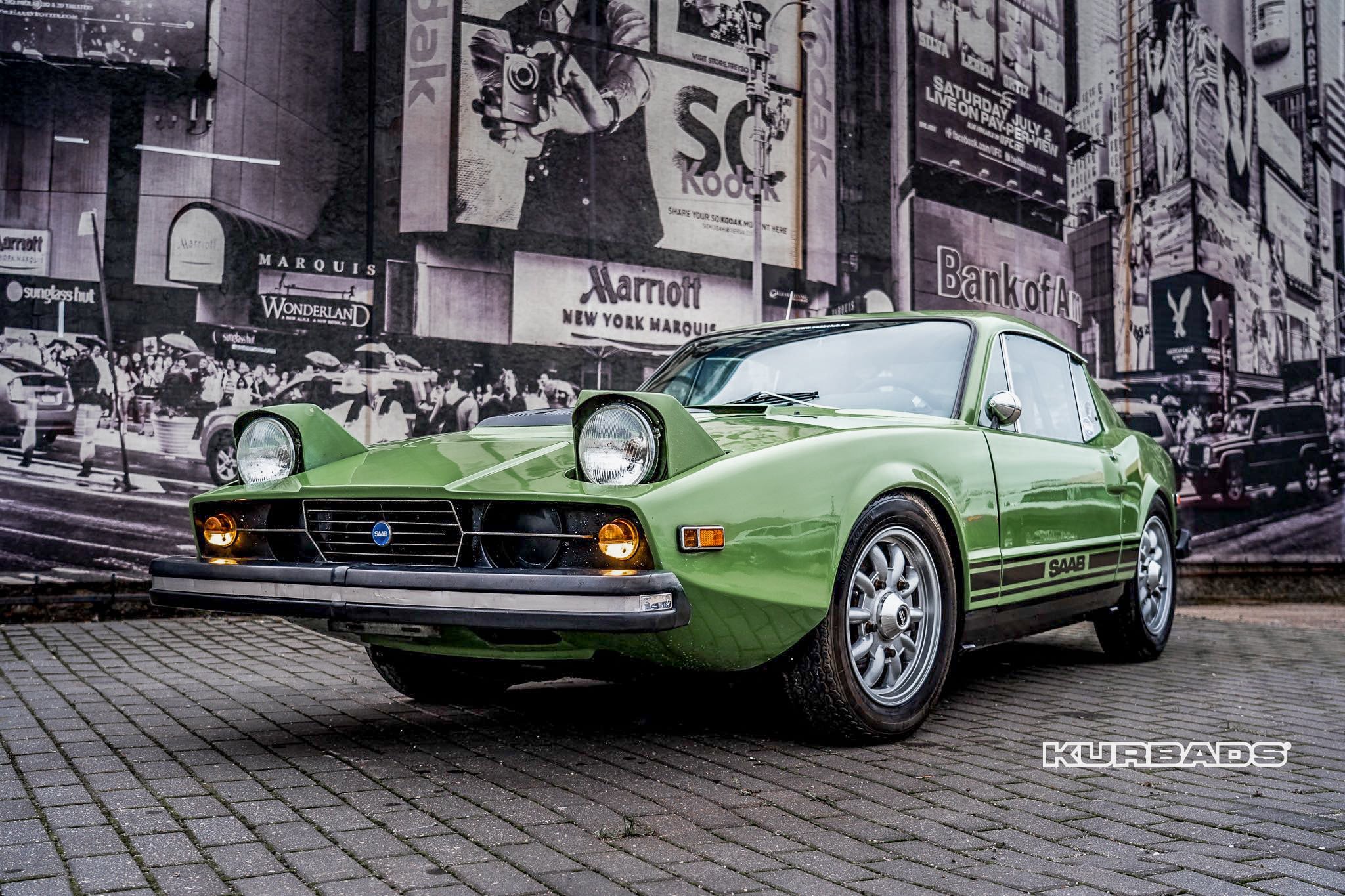 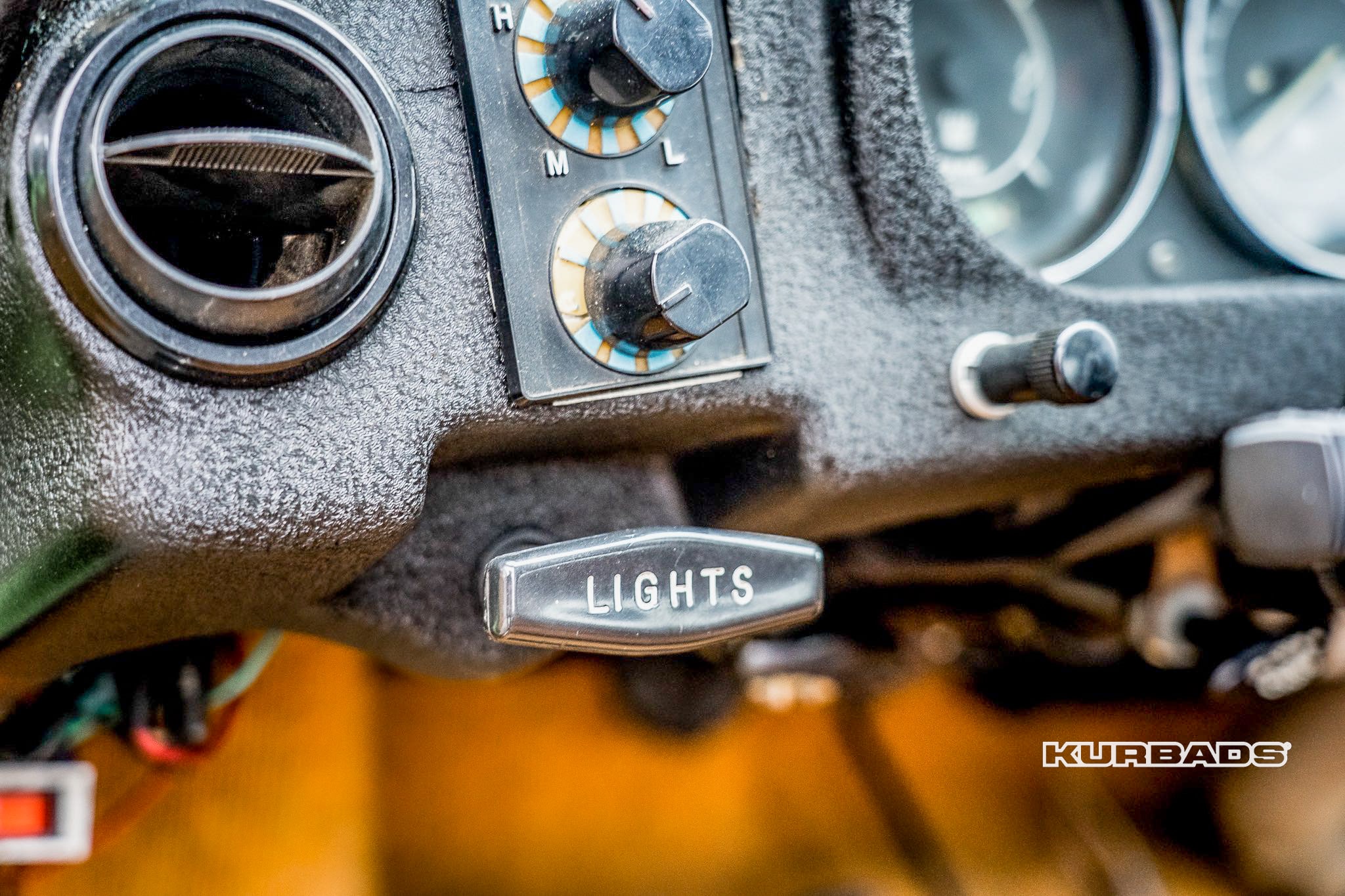 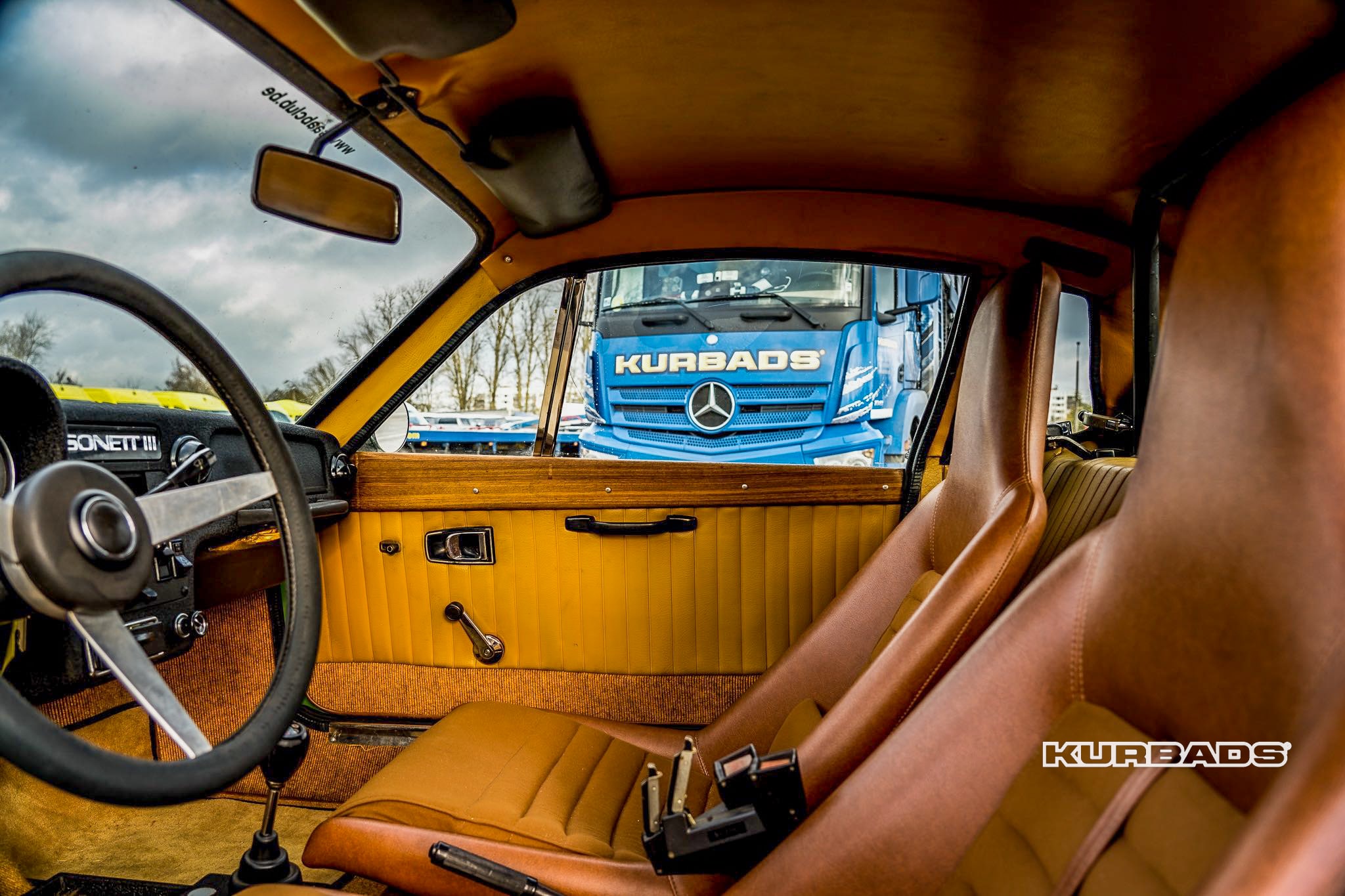 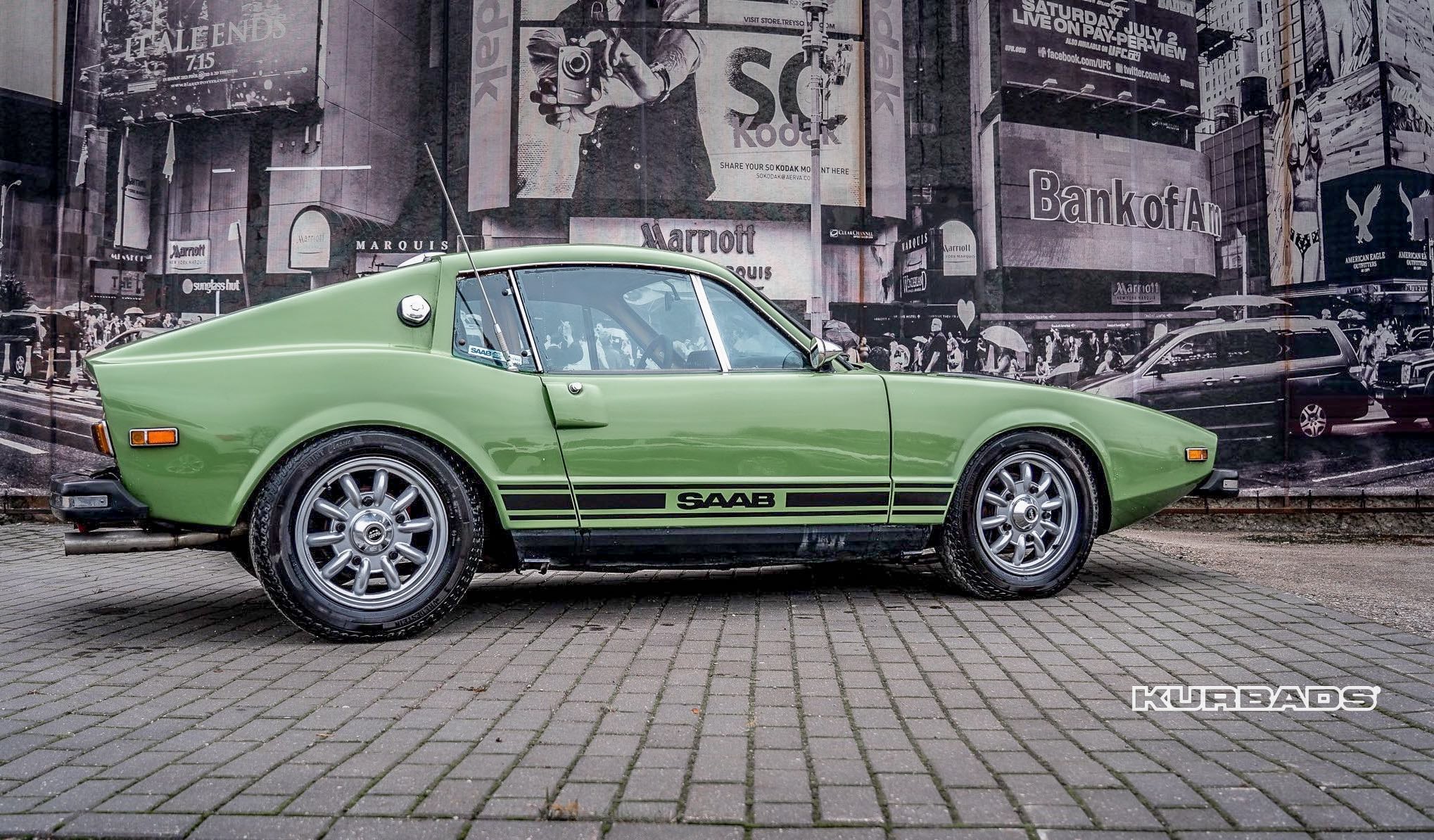 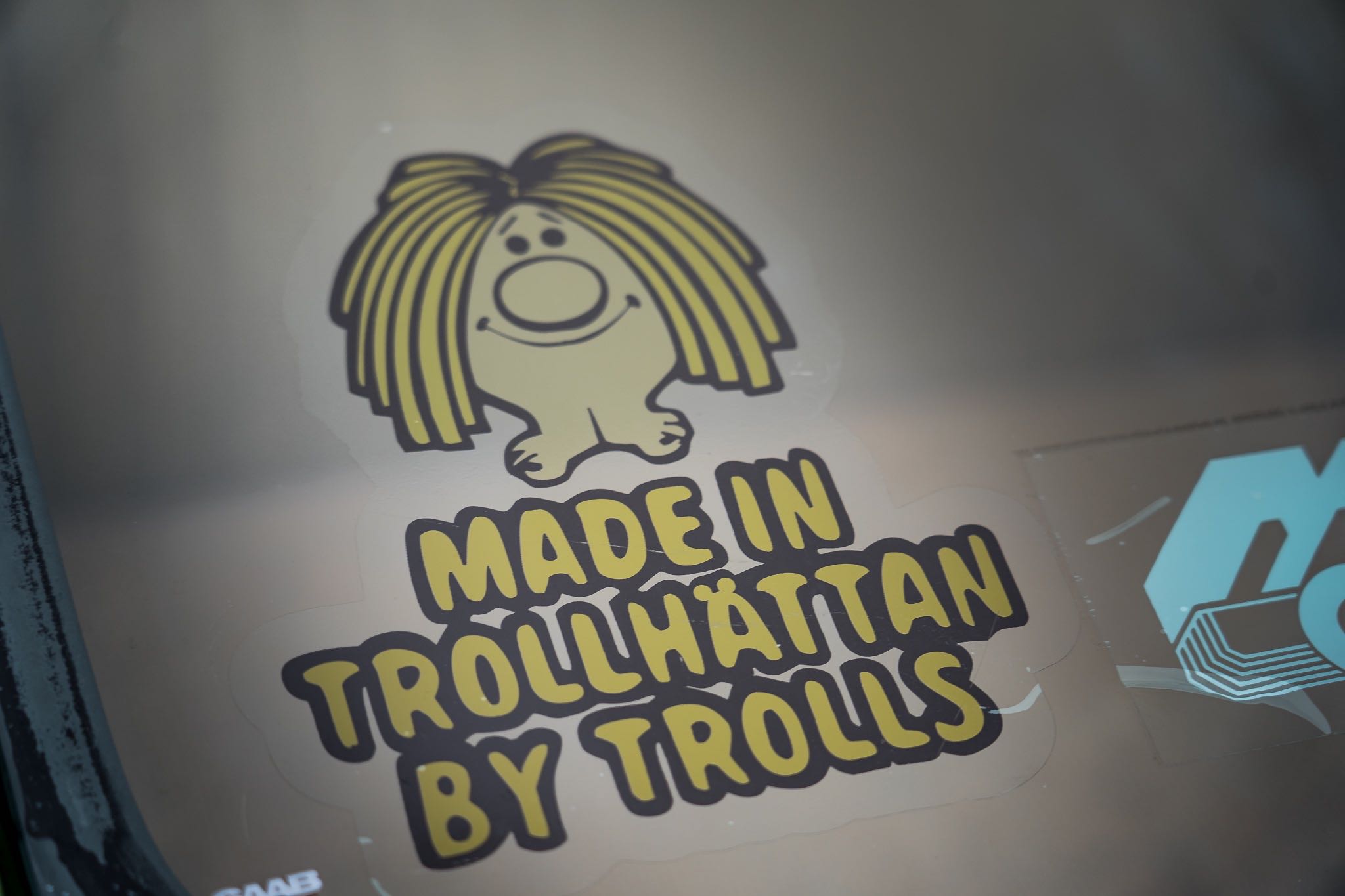 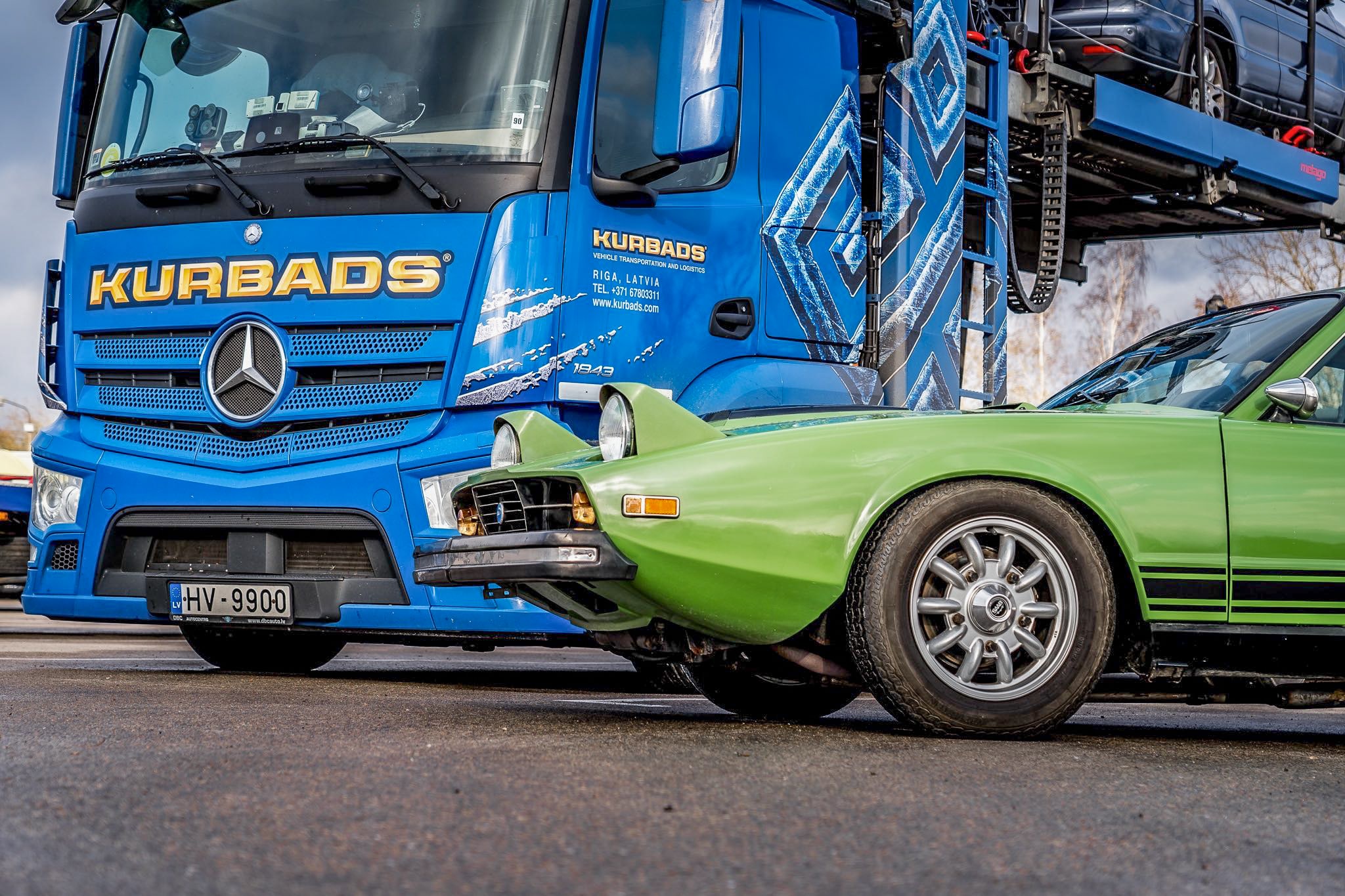 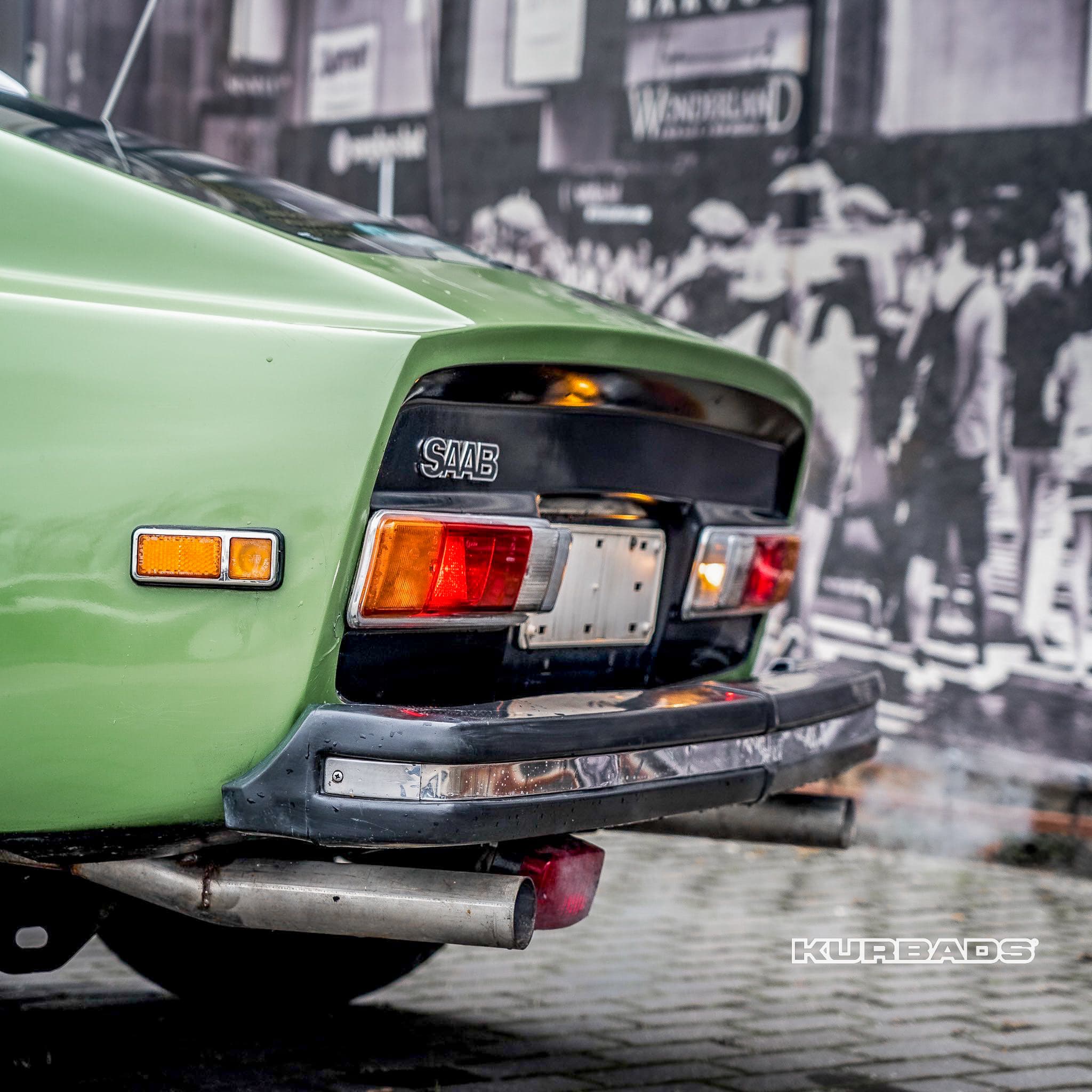