Only several people around the world have had a chance to enjoy this stunning vehicle.  Visually perfect, beautifully executed, fun to drive – Porsche “911 Speedster” in “Kurbads” logistics center.

“Speedster” is a title that is given only to truly special Porsche models. This “Speedster” pays tribute to the original “356 Speedster” car, Porsche’s first production automobile that was very popular in 1950s. It’s a limited edition series – only 356 “911 Speedster” cars were produced.

All 356 vehicles were quickly sold. A collection car that in 2010 cost 200,00 EUR, rich Porsche brand fans were not hesitant to pay this amount. This car is also a final hurrah for the 997-generation 911.

The most significant difference from other 997-generation 911 is the windscreen that is 60mm lower, the contours are more sports car and the back, wider by 44 millimeters, certainly stands out. Front and rear bumpers, brakes and alloy come from “911 Sport” model, but the aluminum doors and engine is from “911 GTS”.

“Speedster” means fast roadster. And it sure is. From 0-100 km/h in just 4,4 seconds. 408-hp naturally-aspirated 3.8-litre flat-six. Seven-speed gearbox PDK is responsible for transmitting torque to the rear axle, equipped as standard with a lockable differential, ensuring a smooth ride along the coast of the Mediterranean Sea. 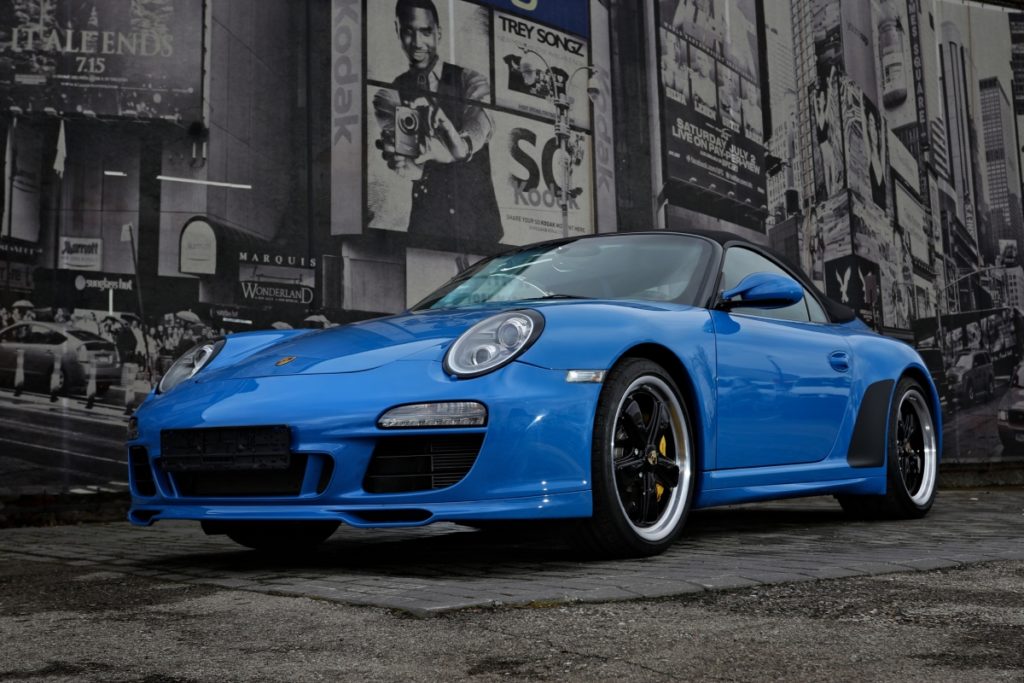