Technologies come to aid for drivers

One of the major challenges, which users of car transporters must tackle is the chronic driver shortage. All over Europe there is a shortage of transporter drivers, especially skilled and experienced ones.

Consequently, over the past five years, says Rimo’s Tomas Jorudas, there has been a noticeable shift in the marketplace, with customers increasingly going for more expensive options and equipping their transporters with more technology than was previously the case.

This technology apparently falls into two categories. First, says Jorudas, there is technology designed to appeal to drivers, in an attempt to recruit and retain them. This includes bigger engines, in-cab refrigerators and handheld remote control devices to stop and start the truck engine without getting in and out of the cab. The latter is useful when drivers are loading and unloading cars, and must start and stop the engine several times in order to move the loading platforms or decks.

The second category, he explains, is technology introduced to increase utilization and efficiency by automating functions that were formerly manual. Hydraulic systems, for instance, not only make it easier to quickly load and unload vehicles, but also less arduous. Such technology helps to de-skill the task of loading and unloading a car transporter.

“Newer drivers don’t have the same skills in using a transporter to its maximum capacity, so loading is slower and utilization suffers. The more that loading can be automated, the easier it is for drivers to load vehicles safely and quickly, without damaging the cars, and achieving the required high levels of utilization,” says Albert Picco, Rolfo sales manager.

“Nowadays our work and private life is unimaginable without smart phones that’s why together with IT company “Tieto” are programming a new mobile application that will help our drivers to load the cargo precisely and in a correct manner. Now, we have an app that gives very straightforward task to our truck drivers so they have no need to thing about address, contact person or the number of cars need to be loaded. It makes their main job easier, ensuring 100% concentration that leads to time economy and more precise work,” says Uldis Čalpa, Kurbads logistics manager.

Also, companies are putting more effort in driver educating. 25 years ago driver training involved little more than half a day in the transport yard; now, training is typically a two-week affair, followed by a week of on-the-job mentoring.

In Europe and also in Kurbads the common thing is to use basic trucks for new drivers for six months or so, until they’re ready to graduate onto more advanced trucks. 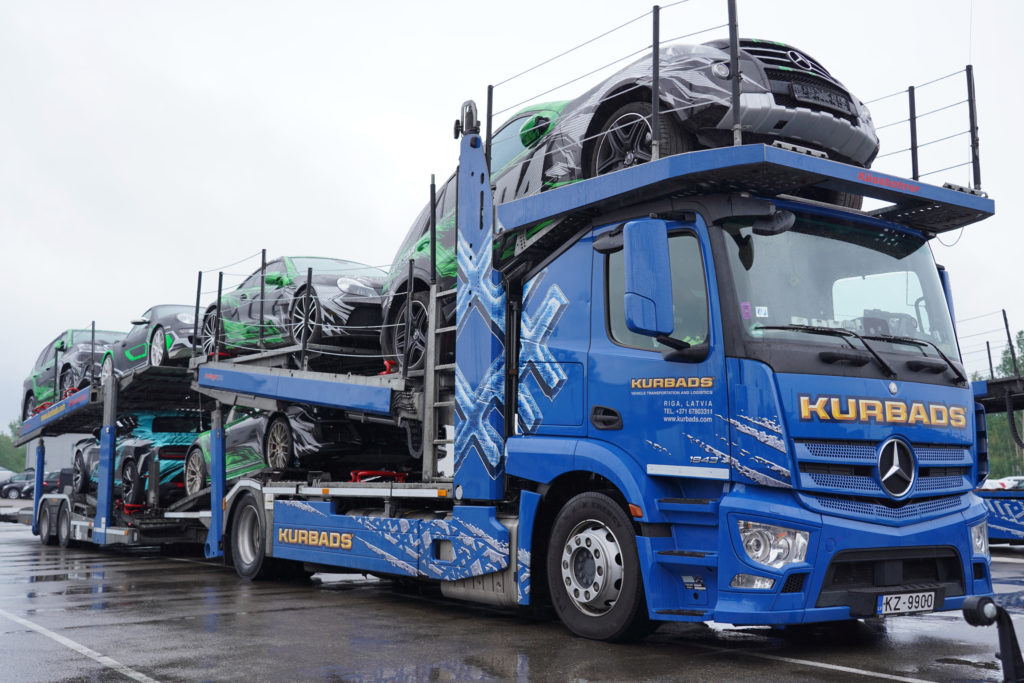