Topicalities of international auto transporting during the Covid-19 pandemic

Car transport and logistics company “Kurbads”, during the prevalence  of Covid-19, continues its activities, looking bright on the future. Although the situation in the car industry as a whole is still difficult, Kurbads’ hauliers are still on the road and fulfilling orders.

Many car manufacturers have resumed or are planning to resume operations in the near future, but this does not alleviate the difficult situation in the car industry as such. Car manufacturers such as Volkswagen, Ford, BMW, Mercedes-Benz, Fiat Chrysler Automobiles and others have resumed production in Europe. As demand for new cars remains low, production volumes are not picking up much. Unfortunately, it’s not possible to predict whether the demand for new cars will increase at the previous level in the near future. At the moment, it is too early to tell the time and pace at which car transporting will increase. Given that the transport capacity of freight carriers exceeds the amount of freight available on the market, there is a lot of pressure on transport prices. There will be a negative impact on the industry as a whole, as deliveries are made at a price that covers wages and fuel costs. Without providing any additional costs – for repairs, maintenance, wear and tear and other positions.

Among the types of support offered by the Latvian state, the company “Kurbads” has used the loan of the Development Financial Institution “Altum” and the possibility to defer tax payments. Also, of course, the company has used the opportunity to apply for downtime benefits, which are granted and paid by the State Revenue Service (SRS). Kurbads has applied for downtime benefits for about 40% of the employees. Thus preserving as many jobs as possible so that it is possible to continue working at full capacity immediately after the crisis.

The company “Kurbads” expects economic stimulus measures from the government, after the emergency situation. Namely, subsidies for the purchase of electric cars, aid for the replacement of old cars with new ones, similar to the measures implemented in Germany. The German government and car companies will increase subsidies for the purchase of electric cars, the project will run until 2025, and the costs will be covered by the German government and companies. In particular, new Eurofunds would be useful to stimulate the economy. Namely, support for construction, renovation, business start-up, development. And, for the transport sector, a reduction in excise duty would help, as planned in Estonia.

In general, the car transport and logistics company Kurbads will fight the consequences of the crisis caused by the Covid-19 virus. By the end of the summer, it is planned to reach about 70% of the turnover before the Covid-19 crisis. It is worth mentioning that this year the company marks its 25th anniversary, which was planned to be celebrated with tremendous celebrations among the closest friends and cooperation partners. Due to the constraints of the emergency situation, Kurbads will shift the celebration of the big event to a safer and more peaceful time. 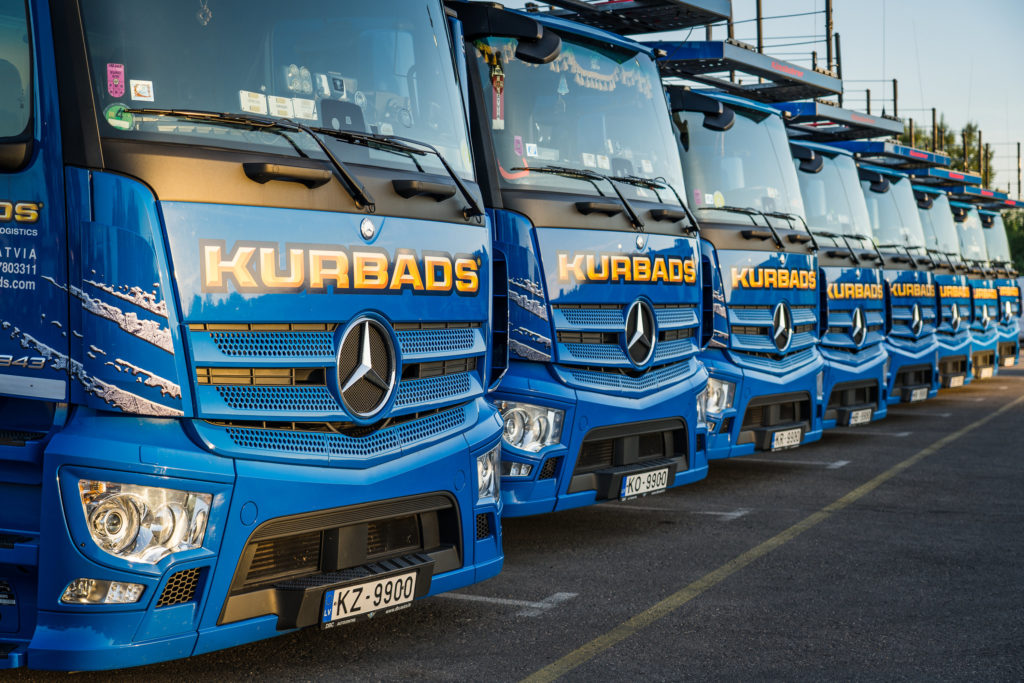