Toyota Supra – in search of the perfect Japanese coup

At the exotic car park of the transport and logistics company Kurbads, there has flashed a bright blue light for a moment – which means that an unusual and fast car has appeared on the horizon, and it’s time to follow up our informative article series on exclusive retro and sports cars in collaboration with Normunds Avotiņš.

Limited to 90 unique vehicles, the Toyota GR Supra Jarama Racetrack Edition sports car is a good reason to look back at more than 40 years of Japanese coupe history: from the very first generation that still shared body parts with the Toyota Celica – to the “Porsche beater” of the 1990s with its epic twin-turbo inline-six engine.

The beginning. A slightly better Celica

The Toyota Supra was developed in the late 1970s as a more expensive modification of the Toyota Celica, a two-door coupe that had come out earlier, and later became an equally popular model. The model was called the Toyota Celica Supra, the second word roughly translated as “to surpass” or “to exceed”. Although the two models were visually very similar, the Supra really outclassed the Celica in size, equipment, and engine capacity. The 2.6-liter six-cylinder engine with 110 hp was Toyota’s first engine with electronic fuel injection. The Supra was considerably more expensive than the equivalent Celica, and in Japan – owners of the six-cylinder model had to fork out more in taxes each year. Although the coupe had fully independent suspension and disc brakes on all wheels, one might still wonder why it go to all that trouble when the result was not a very fast car anyway. The answer is the Datsun Z-Car, which Toyota was keen to beat, especially in the affluent US market. But the Supra’s career got off to a slow start, even after the switch to the larger 2.8-liter engine. One of the most interesting offshoots of the first generation model was the Celica XX. This was the name given to the new coupe in the Japanese market, and in 1981 the XX is said to have become the first car in the world with an “electronic navigation computer”. However, the Celica Supra was and remained an old and unwieldy car, with an unneeded weight of chrome out of place, a narrow wheelbase, and small rims. 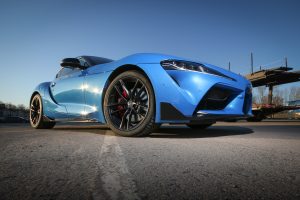 An obvious difference between the Supra and the Celica was not visible until the second half of the 1980s when the third generation of the A70 got launched. The Toyota Celica entered the front-wheel-drive track and never left it, while the Supra retained its classic drivetrain. Engine, volume, and power grew – up to 3 liters and 270 horsepower. Acceleration to 100 km/h now settled comfortably within six seconds, the braking system gained ABS, and the wide-body had space for A-type suspension not only at the front but also at the rear. Turbo models could be fitted with a limited friction differential and adjustable dampers. The purposeful bodywork, slightly rounded at the corners, gradually became an icon of the Japanese sports car, appealing to Camaro and even Corvette customers. Built for race homologation purposes, the Supra Turbo A became a rare cult model, with 500 cars officially available only in the Japanese home market. Toyota was on its way to the ideal coupe. But the pinnacle was yet to come. 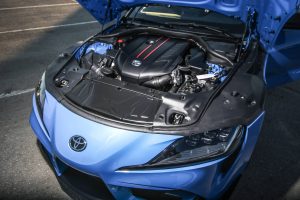 In the early 1990s, when the Supra A70 was still selling well, several working groups immediately set to work on the next-generation prototype. An internal competition awarded the best concept to the Aichi Technical Centre, which was unexpectedly daring even for the vast possibilities of the decade. The traditional wedge shape was replaced by an aggressive floating line with an integrated anti-wing, functional air vents on the sides, and a special wide cross-base. Aluminum and even magnesium were used extensively to make the car lighter. As the new Supra was built on a shortened Lexus SC platform, it was 34 cm shorter than its predecessor and weighed 90 kg less. But it was the engine that really kicked up a storm. At its peak, the twin-turbo engine developed 326 horsepower, easily beating not only direct competitors like the Nissan 300ZX Turbo and even the Honda NSX supercar but also the sports car Olympus, which at the time was dominated by Porsche. Acceleration of 4.6 seconds to 100 km/h was not enough to beat Stuttgart, but Toyota “slapped” Porsche by showing a shorter breaking distance from full speed. Unfortunately, this performance came at a high price. Just six years into the A70 generation, the Supra was already costing at least twice as much… The once underrated Supra A80 is now a prized collector’s item, and one of the finest Japanese sports cars ever made. 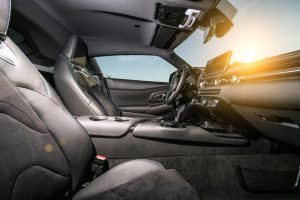 The ongoing Supra was destined to lay on its previous glory for at least ten years. In 2012, the chief engineer of the Toyota GT86, the “people’s coupe”, Tetsuya Tada, accidentally revealed to the press that Toyota President and automotive enthusiast Akio Toyoda had ordered the Supra’s successor to be built as soon as possible. The FT-1 concept car, unveiled at the 2014 Detroit Motor Show, gave a first glimpse of the outline of the upcoming model, but the final realization of the project turned out to be completely unexpected. Toyota created the new Supra in collaboration with BMW, based on the Z4 roadster. The fact that the Z4 is a grand-tourer, a fast walking/touring car rather than a thoroughbred sports car, did not faze the Japanese in the slightest. The engineers of the GR or Gazoo Racing division were tasked with giving the Supra character, and so, in the early 2020s, the world saw an all-new Supra. Maximum performance from the BMW 3-litre twin-turbo engine is 387 bhp, allowing the GR Supra to accelerate respectably in under four seconds, but the lighter four-cylinder variant has also developed its own following. It was on this basis that the Supra Fuji Speedway Edition series was based in 2020, with 200 cars produced in Europe. The Kurbads transported edition is even rarer. Named after the iconic Spanish racetrack, the coupe is only available in 90 examples and only in the exclusive Horizon Blue color. The in-line six-cylinder engine develops 340 hp of power, which comes with 19-inch black matt rear wheels. So it’s safe to say that the Toyota Supra story is far from over, and who can blame the new capture of success with the Bavarians from BMW? Maybe one day there will be room for a Targa body and even a manual gearbox!? 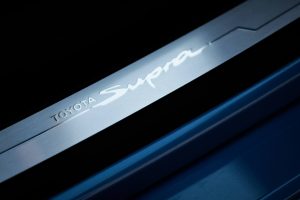 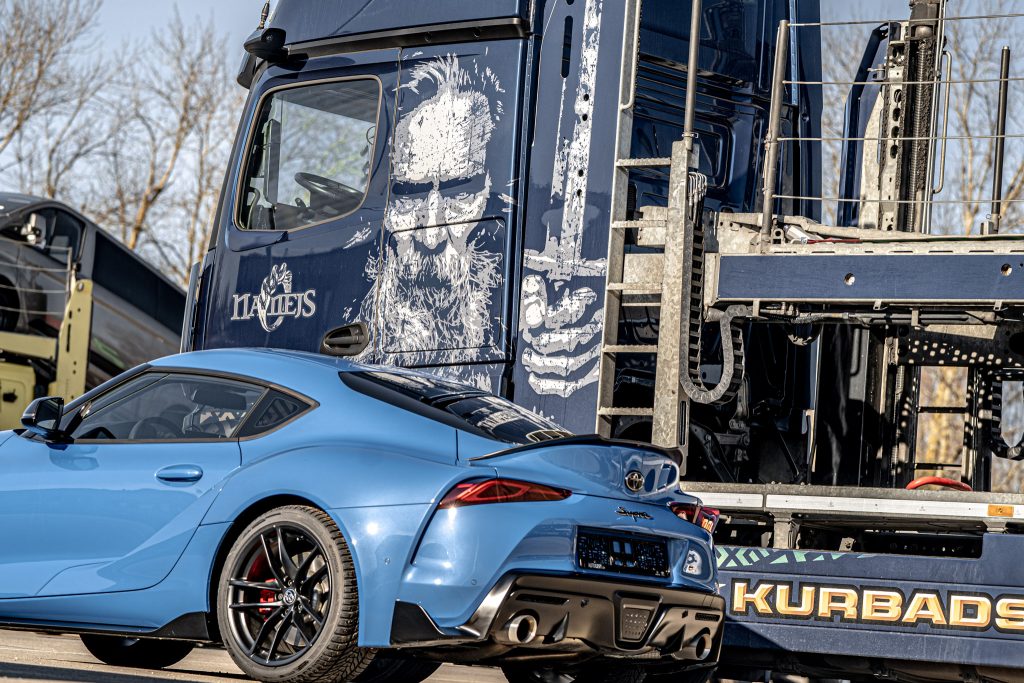