The Latvian autosport team’s “RE autoclub” three rally raid cars have started their journey to the examination of the Sahara desert. The transport company’s “Kurbads” car carriers are transporting them to Monaco where the rally raid “Africa Eco Race 2016” will start shortly after Christmas.

The transport and logistics establishment “Kurbads” has an extensive experience in transporting rally raid cars. Recently electric “OSCar” cars made in Latvia and foreign team sports cars were transported to and from rally raid competitions.

The rally raid team “RE autoclub” is the 2015 champion of Russia. Three Russian crews will carry the team’s banner in “Africa Eco Race”. Two of the vehicles will be Toyota “Land Cruiser” but duo Aleksandr Terentyev and Alexey Berkut will accept the challenge with Ford “Raptor 150 SVT”. This crew has huge experience in desert races. They finished fifth last year in the T2 class.

The endurance rally from Monaco to Dakar will go through the historic rally raid route through France, Morocco, Mauritania, Western Sahara and Senegal. The competition will take place from 27th December to 10th January. The racers will have to overcome more than 6000 km in 12 days.

Strength and toughness will be the key factors. Good luck! 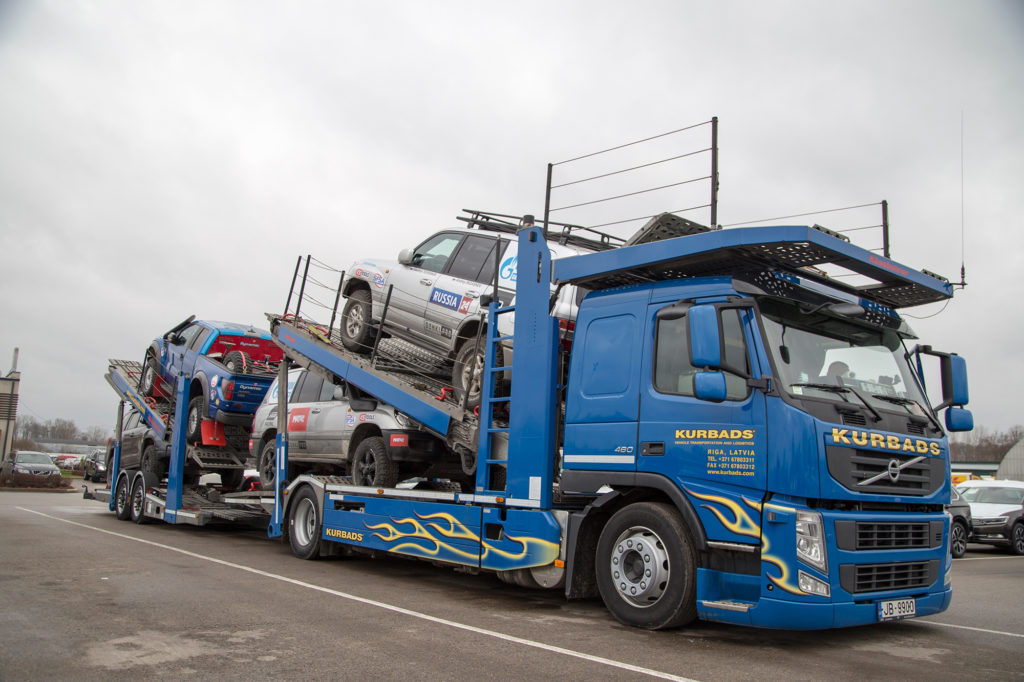