Where do used cars go from Latvia?

Latvia and the whole Baltic region from the early nineties has been a popular market for used cars vendors from Western Europe. The nineties were the golden age for used car sales and it was one of the best businesses possible. It was also practiced by some entrepreneur groups with various backgrounds, some not so bright. Car flow from the West has reduced a lot, but the used vehicle import in Latvia still is a lot higher than the new one.

“Cars that are meant for export to Africa we started to transport in 2004. We had several car carrier trucks in the route Switzerland-Antwerpen-Switzerland – we loaded the cars for export in Switzerland, but in Antwerpen we unloaded them and loaded new trucks for Switzerland,” says Kristīne Rīmene, head of the “Kurbads” logistics department.

In 2009, in the time of global economic crysis, the reexport of the cars became popular. In 2012, when local markets started to grow again, this tendency fell off, but the used car sales and export never changed. According to data provided by “Kurbads” most of the used cars are transported to Africa from Europe’s ports. Biggest half of the vehicles are destined for Nigeria.

“Once a week a big Ro-Ro ship with around 1000 loaded cars from all across Europe sets sail from Antwerpen, Rotterdam or Hamburg to Africa’s Western coast. These cars are gathered by different suppliers,” says a person deep in the business. He insists to stay anonymous.

“It is important that the ferry is 100% loaded, if not, the shipping company is working with financial losses, that’s why the companies themselves buy the needed amount of cars and sell them in Africa for lower prices, dumping the market. It is a big obstacle in the business.”

The government of Nigeria has introduced the National automotive industry development plan to stimulate local vehicle manufacturing. The huge vehicle import right now is a very big problem, so the custom tax for used cars has been uplifted by 70%.

“Because of this custom tax the vehicle export directly goes to Nigeria’s neighbouring countries – Togo, Ghana and Benin. From those teritorries using land roads local operatives deliver those cars to the economically strong Nigeria.”

“I can add that popular destinations from Europe also are Senegal and Libya. For those countries Italian ports Genoa and Savon are being used,” says Kristīne Rīmene.

The destiny of cars from Latvia

“Africans know the condition of used cars very well, that is why they are not willing to buy them from Latvia or whole post Soviet Union teritorry – the technical condition of cars in this region is considerably worse than in Western Europe. It is a lot harder to sell them and we are obliged to reduce the price.”

The specifics of local market are described by used vehicle exporter: “Mainly our cars come from Latvia, Estonia, Sweden and from the South of the Finland. The biggest demand in Nigeria is for Toyota cars – Corolla, Carina, Hilux and Hiace. Manufacturing year after 1989 is welcome.”

Used cars export from post Soviet Union countries has some specific issues: “The transportable vehicles from Latvia or Estonia are in bad shape – the doors are welded and unable to open,  the interior is stuffed with different belongings. And this means problems in ports due to too high weight,” the technical conditions of cars are described by Kristīne Rīmene.

“We get an order from the member of European chain member with a task to deliver those cars to one of the big Western European ports. Further the cars are divided to different ships with various destinations, for example, from eight loaded vehicles, three go to Ghana, three to Togo, but two are set for Libya.”

From 1970 to 1985 Nigeria had an economic boom thanks to the independency and high price for oil. The car manufacturing was booming in those years but after some time the business came to a stop.

The current economic situation of the market is dominated by used cars which are brought in by sea using the Nigeria’s largest ports. Using data of Nigeria’s National Automotive council – every year the number of used cars imported from Europe is around 150 000. Together with spare parts and customs that is 3,5 billions USD. Around 50 000 new cars are imported annually.

If we dont implement the new policy, the pressure on the economics will be unbearable, because right now we are dependent from car import – it is not the way how we want to use the foreign currency,” says Olusegung Aganga, Nigerian minister of Industry, Trade and Investment.

This system is starting to pay off as most of the companies that are involved in car manufacturing are connected with car import and distribution. If the car manufacturing project will be profitable, the import of used cars will decrease significantly and car manufacturing sector will have a lot more participants.

Nigeria with its 594 billion USD GDP is the biggest economy in Africa, getting past the previous leader RSA in 2012.

In the Western African country live more than 170 million people, including 15 700 millionaires. But the key fact for the used cars import is: the middle class has grown from 480 thousands in 1990 to 4,1 million in 2014.

The economy is based on oil and gas export, equaling 98% of total export of the Nigeria. Paradoxically, but in the biggest oil exporting country people queue up to get the fuel.

Significant growth of economy can be seen in Nigeria’s Southwest, especially in Lagos city which is a  business centre of the region. The North is mainly under control of terrorist organization Boko Haram.

World Bank’s research “Logistics performance index” which is aimed to help countries to identify their challenges and opportunities in logistics sector. Nigeria in 2014 was ranked in 75th position, while Latvia was in 36th position.

“Our situation improved significantly after we become member of European Union. Now we can say exact time when we will deliver the goods. Before that we couldn’t even dream about this because of the customs in Lithuania and Poland,” Kristīne Rīmene explains the difference.

Customs and infrastructure are named as biggest flaws for Nigeria in the research. Those two factors are also the worst for Latvia. But the low performance of logistics is only one of the reasons, why economics doesn’t grow so rapidly.

Terroristic organization Boko Haram that strongly opposes Western values is based in Northeast of Nigeria around Chada lake. They constantly organize armed attacks and robberies in the region, spreading fear and insecureness in the hearts of the citizens. Nigeria’s federal government doesn’t have the resources to fight the terrorists, whois supporters grow in numbers everyday.

Corruption in Africa is a problem. Nigeria is no exception. Even in the highest levels of the goverment, and it is one of the reasons why the oil superpower has to import fuel to meet the demand. Low waged police doesn’t want to solve the problems, thinking more about how to earn money for living.

These are the obstacles that hinder country’s growth. These are long-term problems that require huge government’s efforts and reduces the speed of new car manufacturing in Nigeria. So far Ford, Toyota and VW have opened their factories in the country. But still for some time the used cars will be a huge part of the market. 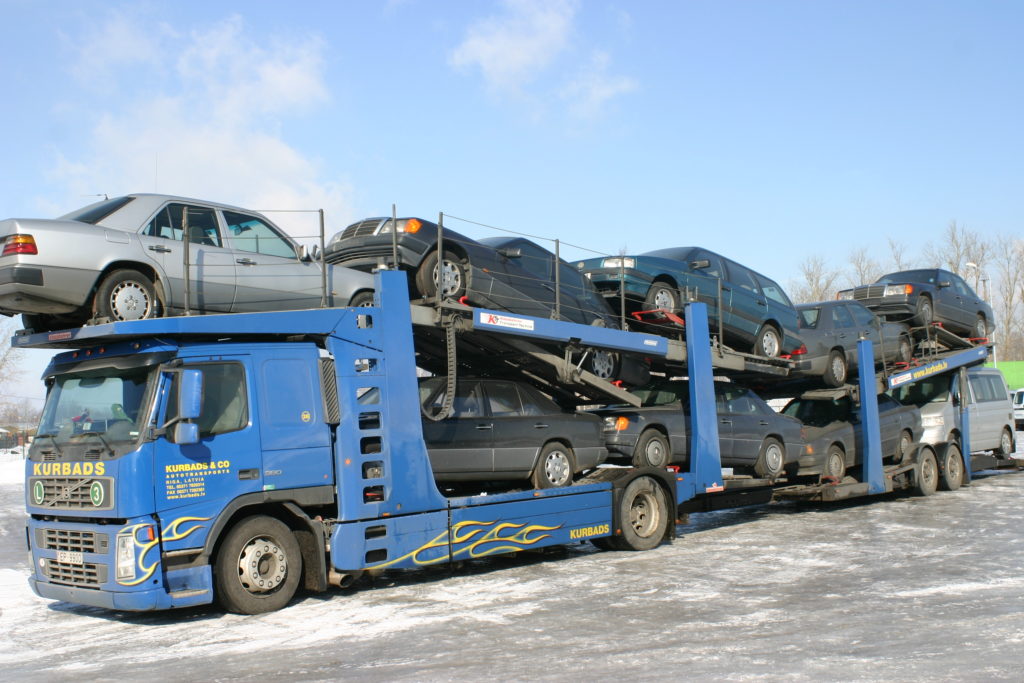