When we see the Morgan Aero Supersports for the first time we may think that this is a car from the Batman movies or a ride for James Bond who would gladly have a beautiful girl next to him. The car is no doubt an eye magnet.

The Morgan Aero Supersports is hand-built in a tiny factory down a small street in Malvern, England. The company was founded in 1910 and from the very beginning is known for an ultra-traditional style. 170 plant’s employees build around 900 cars yearly and every single one of them is special.

The British masterpiece features aluminium bodywork and an aluminium chassis sandwiched between a layer of ash hardwood. And this is proof that the Morgan company tends to stick with the traditional values.

Matthew Parkin, the marketing director of the Morgan company said: “Ash gives us a unique combination of strength and flexibility and it’s also extremely light, which is why the car only weighs 1200 kg and has such impressive performance.” It is hard to oppose as the car accelerates from 0 to 100 km/h in 4,2 seconds. The maneuverability of the car is at higher level than it’s competitors – the Aston Martin DBR9 and Bentley Continental GT.

When the accelerator pedal is to the metal, the sound is astonishing! The BMW V8 engine combined with side exhausts makes a true simphony for petrolheads. The handling of the 368 HP car is completely up to the driver as it doesn’t have any electronic aid system. This situation is hard to imagine nowadays.

The Morgan Aero Supersports targa-roofed model is the most expensive and also the most exclusive one as the vehicle is limited to just 200 units during a six year production stint (2009-2015). The company’s loyal clients were ready to pay 185000 USD for a brand new car. 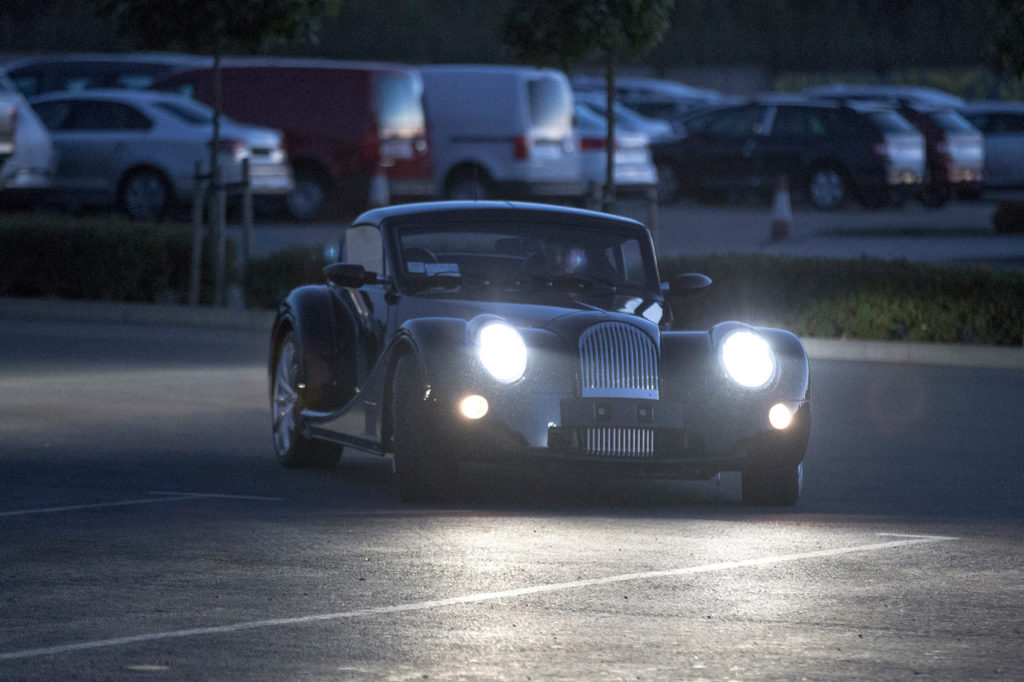